Is it dangerous to travel in Mexico? Some areas are much safer than others 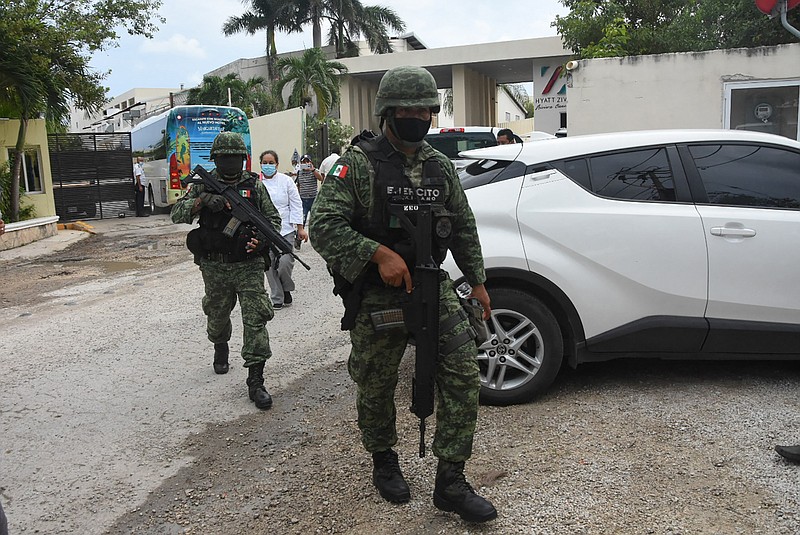 DALLAS -- The U.S. State Department says "homicide, kidnapping, carjacking, and robbery" are widespread in Mexico. But some areas are much safer than others. What to know:

• Your chance of being a crime victim is low.

The U.S. recommends against travel to 16 states due to crime. Last year, more than 34,000 people nationwide died violently, most at the hands of organized crime. (There were 21,570 homicides reported in the U.S., a nation with more than 2½ times as many residents as Mexico.) But most of the popular tourism areas are relatively safe, experts say.

"The probability of being killed or seriously harmed by traveling in Mexico is still very, very low because we literally have millions and millions of Americans coming to Mexico, every year," said David Shirk, chairman of the Department of Political Science and International Relations at the University of San Diego, and director of the Justice in Mexico program, which releases an annual report on crime and violence in Mexico. "And the vast majority, some 99 percent of them, are coming home without being targeted for violent crime."

• But you can, in fact, become a crime victim.

On Oct. 20, two tourists were killed in Tulum by crossfire during an apparent drug-gang shootout. The killings threatened Tulum's reputation as a low-key, carefree beach town without the crowding problems of Cancún. Then in early November, four American tourists were injured in a hotel resort in Cancún while caught in the crossfire of another apparent drug-gang shootout.

These incidents are extremely rare, but worrying.

Tourism contributes 9% to Mexico's GDP, making it one of the most important industries in the nation. The government announced Nov. 17 that it is sending a battalion of the national guard -- 1,445 soldiers -- to Mexico's Mayan Riviera, the Caribbean coastline where the above crimes happened, by Dec. 1. The deployment will include the establishment of a base in Tulum. Authorities have also cracked down on drug sales to tourists because some crime appears to be linked to gang competition for those sales.

Mexico's President Andrés Manuel López Obrador went to Cancún with Mexico Defense Secretary Luis Cresencio Sandoval to announce the beefing up of security in the area and to show his concern about the recent killings.

"That can't happen again," said López Obrador. "We have to avoid that happening. That's why there's this plan to reinforce security."

Print Headline: Is it dangerous to travel in Mexico? Some areas are much safer than others