Stricter coronavirus testing being weighed for all travelers to U.S. 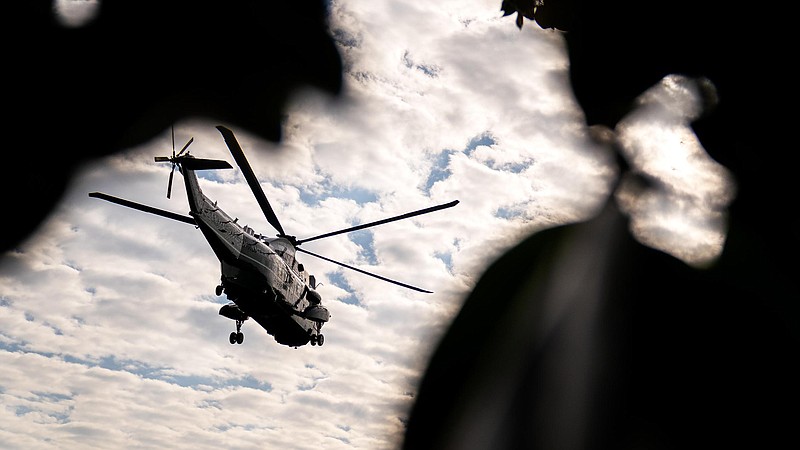 The Biden administration is preparing stricter testing requirements for all travelers entering the United States, including returning Americans, to curb the spread of the potentially dangerous omicron variant, according to three federal health officials.

As part of an enhanced winter covid strategy President Joe Biden is expected to announce Thursday, U.S. officials would require everyone entering the country to be tested one day before boarding flights, regardless of their vaccination status or country of departure. Administration officials are also considering a requirement that all travelers get retested within three to five days of arrival.

In addition, they are debating a controversial proposal to require all travelers, including U.S. citizens, to self-quarantine for seven days, even if their test results are negative. Those who flout the requirements might be subject to fines and penalties, the first time such penalties would be linked to testing and quarantine measures for travelers in the United States.

The two testing measures are detailed in a draft public health order written by the Centers for Disease Control and Prevention that is under review by officials at the U.S. Health and Human Services Department and the White House. The self quarantine-related measures are not in that draft but could be added later if the proposals win broader sign-off, said the officials who spoke on the condition of anonymity because the order has not been finalized.

Since Thursday, administration officials have held multiple calls to chart a response to contain the new variant, which has a panoply of worrisome new mutations that may make it more transmissible, according to a senior administration official involved in the talks. Like a number of other nations, the United States immediately restricted travel from several southern African nations where the variant was first reported. But in recent days, since omicron has been identified in at least 19 countries spanning the globe, U.S. officials, among others, are considering additional precautions given that it may be several weeks before scientists are able to say whether the variant might be able to evade current vaccines and treatments.

Currently, the United States requires pre-departure coronavirus testing for both unvaccinated and vaccinated air travelers to the country. For those who show proof of full vaccination, that test must be conducted no more than three days before the flight's departure. For someone who cannot show such proof, the test must be done no more than one day before departure. The new policy would require everyone to be tested one day before departure.

In a statement issued late Tuesday night, CDC said it is working to shorten the timeline for required testing for all international air travelers to one day before departure to the United States. The agency currently recommends travelers get an additional coronavirus test three to five days after arrival and that unvaccinated travelers quarantine for a minimum of seven days.

Other key details were still being ironed out Tuesday. It's not clear when the new policy would take effect. But given the urgency of limiting the spread of what might be a highly transmissible variant, speed is considered essential. It's possible the policy could take effect in a week or two, according to one official.

During a White House covid briefing Tuesday, CDC Director Rochelle Walensky said the agency was considering a range of measures to protect Americans, including evaluating "how to make international travel as safe as possible, including pre-departure testing closer to the time of flight, and considerations around additional post-arrival testing and self-quarantines."

Celine Gounder, an epidemiologist and infectious-diseases specialist who advised the Biden administration's transition team on the covid-19 response, applauded stricter testing. "If it were up to me, to fly, you should be fully vaccinated and we should also be testing 24 hours prior to flight," she said.

Under the policy laid out in the public health order, travelers would be asked to self-attest that they would get retested within three to five days of arrival. It's not clear whether travelers would be able to use self-administered rapid at-home tests. Viral tests check specimens from a person's nose or mouth to find out if they are infected with the virus that causes covid-19.

The Justice Department also needs to weigh in on whether officials can ask people to self-quarantine, whether fines and penalties are enforceable, and if so, what those amounts should be, the officials said.

As a practical matter, state and local health departments are unlikely to be able to enforce requirements for additional testing and any self-quarantines once travelers arrive in the United States. More than 200,000 people arrived by plane daily in November, a figure that does not include travel over the Thanksgiving holiday, federal authorities said.

Even if only a quarter of those travelers comply with the requirements, however, it would make a difference by allowing for more prompt detection and isolation of at least some infected people who might be able to spread the virus, said public health experts.

"If you consider over 200,000 people a day [arriving in the United States], even 50,000 would help" determine the extent of spread, one of the three federal health officials said in a text message.

Janet Hamilton, executive director of the Council of State and Territorial Epidemiologists, said that such measures are "a critical step for reducing transmission of SARSCoV-2, whether we are dealing with a newly emerging variant like omicron or working to reduce transmission of already circulating strains."

Since the start of the pandemic, different countries and territories have taken vastly different approaches toward preventing the spread of the coronavirus, with countries like Australia and China implementing some of the tightest border restrictions. China has banned most foreign visitors, from tourists to students, from entering mainland China. Those few who are allowed to enter, as well as returning Chinese citizens, must undergo at least 14 days of strict quarantine, which can be extended to up to 28 days by local authorities, often followed by another lengthy period of home observation.

Since the discovery of omicron, many countries that had loosened their border restrictions have tightened them up again, including Britain, which said Friday that it was resurrecting its "red list" with the additions of a number of southern African countries. British or Irish citizens or permanent residents returning from a red-listed country must quarantine for 10 days, regardless of vaccination status, United Kingdom officials said. Citizens of other countries who have visited those countries will not be able to enter the U.K. at all.

U.K. officials announced further restrictions over the weekend, saying that anyone entering the country must now quarantine until they receive the results of a PCR test taken on their second day in the country. Anyone testing positive faces a 10-day quarantine.

Print Headline: Stricter coronavirus testing being weighed for all travelers to U.S.