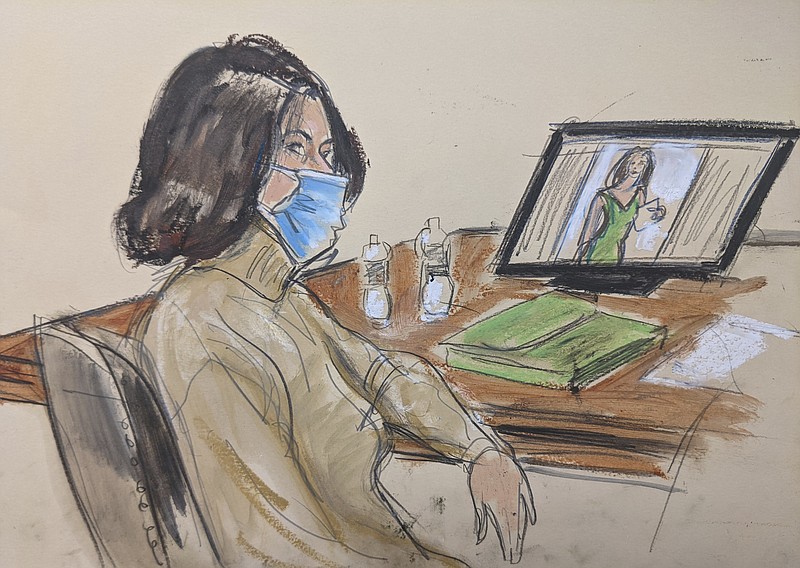 In this courtroom sketch, Ghislaine Maxwell is seated at the defense table while watching testimony of witnesses during her trial, Tuesday, Nov. 30, 2021, in New York. (Elizabeth Williams via AP)

NEW YORK -- A former housekeeper testified Thursday that two women who have accused Jeffrey Epstein of sexually abusing them as teens were repeated visitors to his Palm Beach mansion, summoned by Epstein or his associate Ghislaine Maxwell.

Taking the stand at Maxwell's sex trafficking trial, Juan Patricio Alessi said that one of her accusers, who testified under the pseudonym "Jane" earlier this week, initially visited the house with her mother and later returned several times alone. She went to the movies and took a plane trip with Epstein, Maxwell and their guests, Alessi said.

He said another of Epstein's accusers, Virginia Roberts Giuffre, visited "very often" after encountering Maxwell at former President Donald Trump's Mar-a-Lago club. Alessi said he was chauffeuring Maxwell when she had him stop the car so she could pop out and talk to Giuffre, who was working as a spa attendant.

Alessi said he sometimes picked up Giuffre or "Jane" from their homes, on instructions from Maxwell or Epstein, and would bring the visitors to Maxwell at her desk.

After that, it was "not my job to see where they were," he said.

One time, Giuffre brought her boyfriend into the house with her, he said, and Maxwell said the man needed to leave and wait in the car.

Alessi said he saw also "many, many, many" young adult female visitors, often lounging topless by the pool, who appeared to be in their late 20s.

He worked at Epstein's sprawling home from 1990 to 2002 -- and admits he returned two years later to steal $6,300 in cash from Epstein's desk. He said Epstein confronted him about the theft and agreed not to press charges if Alessi repaid him, which Alessi said he did.

Epstein killed himself in jail in 2019, while charged with sex trafficking counts that alleged he abused dozens of underage girls in New York and Florida. The case against Maxwell stems from four now-adult women who said she helped him victimize them.

Giuffre's allegations, which include claims that Epstein and Maxwell trafficked her at age 17 and 18 to other prominent men who have denied it, are not part of the case.

Maxwell, 59, denies the allegations against her, and her lawyers say prosecutors are going after her because they can't try Epstein.

The Associated Press does not typically identify people who say they are victims of sexual assault unless they decide to tell their stories publicly, as Giuffre has done.

Maxwell, a British socialite, was Epstein's onetime girlfriend and, later, employee. Prosecutors said she took the girls on shopping trips and movie outings, talked to them about their lives and encouraged them to accept financial help from him.

The government also says she also helped to create a sexualized atmosphere by talking with the girls about sex and encouraging them to give Epstein massages, and the woman identified as "Jane" testified this week that she had sexual interactions with Epstein at age 14 with Maxwell in the room and sometimes participating. Maxwell's lawyers pointed to FBI documents that said the woman gave the government a different account in 2019; she questioned the documents' accuracy.

Alessi portrayed an imperious Maxwell letting it be known that she was "the lady of the house" and handing out a 58-page booklet with rules for staff on everything from how to address her and Epstein to what types of notepads to put on their desks.

"Checklists will assist you in making sure every task has been completed and not even the smallest detail has been overlooked," the book said, instructing employees to "try to anticipate" Epstein and Maxwell's needs and to "see nothing, hear nothing, say nothing" except when spoken to.

"I was supposed to be blind, deaf and dumb and say nothing of their lives," Alessi said.

Staffers had to "run the house like a five-star hotel," keep Epstein's cars washed and stocked with $100 bills in them for his weekend visits and avoid looking him in the eye. Maxwell said he didn't like such eye contact, according to Alessi, who said she and Epstein called him "John" instead of "Juan."

After she took the stand, defense lawyer Jeffrey Pagliuca suggested that some things she described as grooming -- such as giving gifts, taking children to special places or paying them attention -- could also be innocuous.

He recalled, for example, his grandfather taking him to the Bronx Zoo as a child.

"I'm assuming he wasn't taking you there for sexual abuse," she retorted, saying that simple kindness isn't grooming "in the context of a healthy and normal relationship." 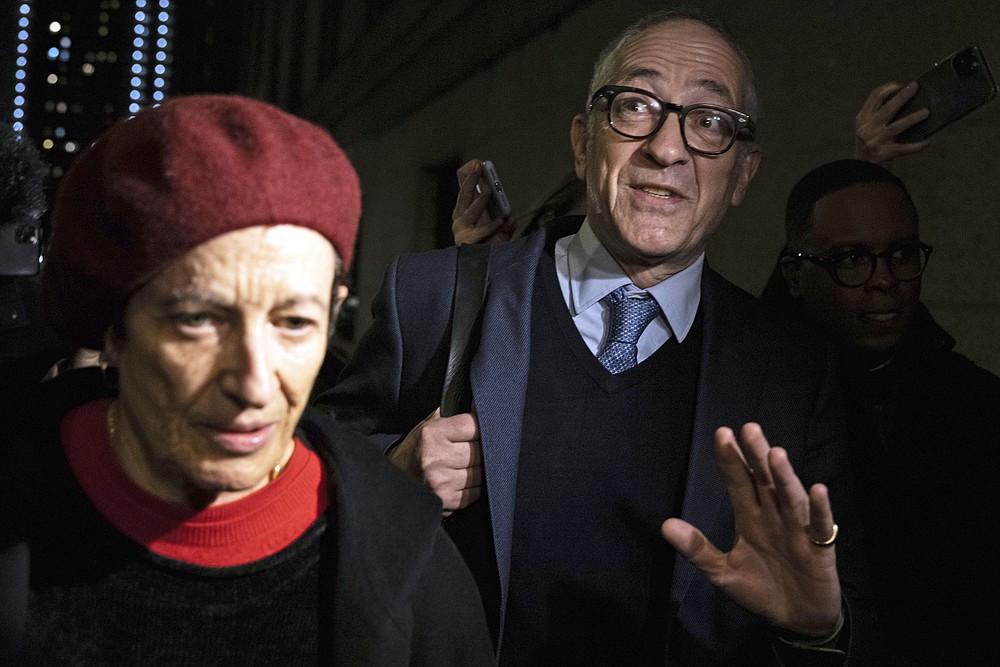 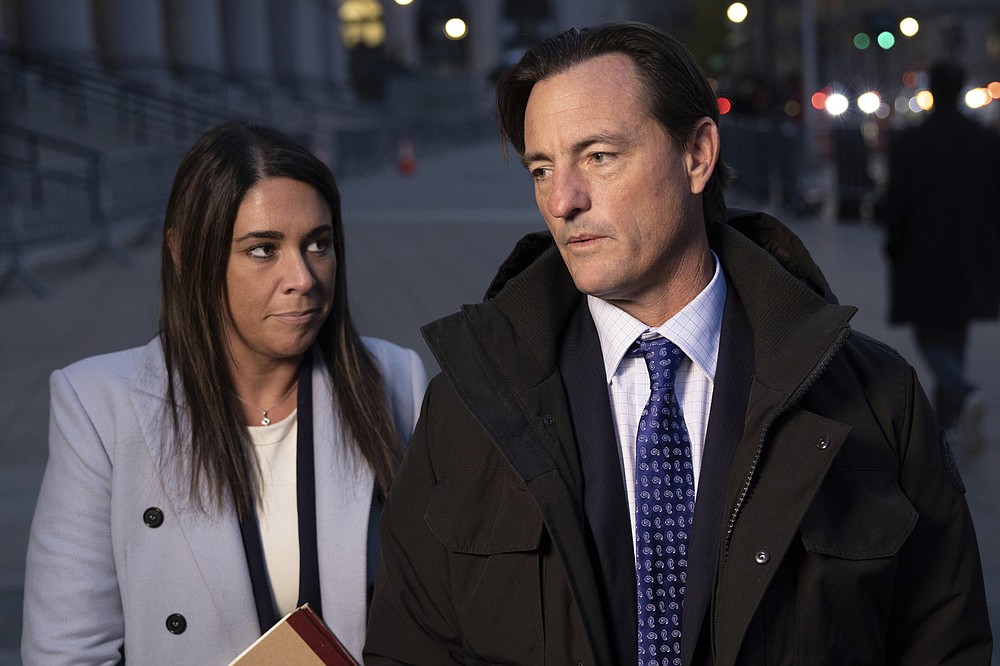