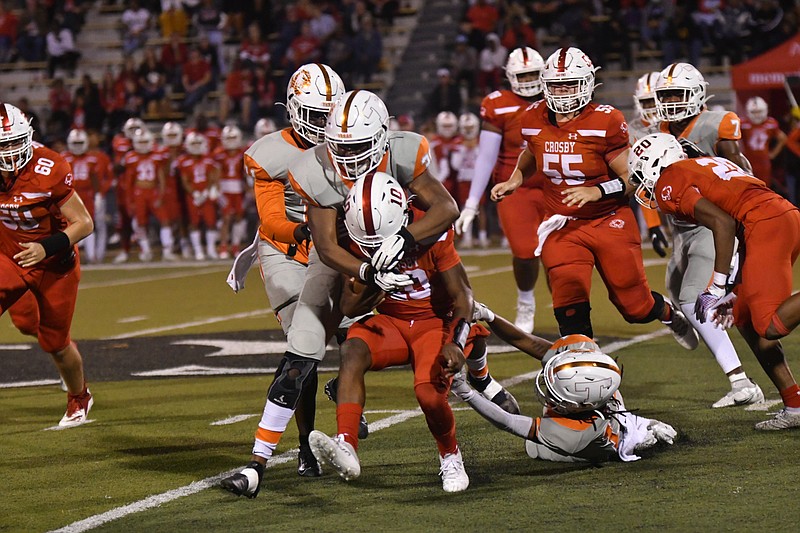 A pair of Texas High Tigers work to bring down a Crosby runner during their Class 5A, Division II Regional Championship game Friday, Dec. 3, 2021, at Abe Martin Stadium in Lufkin, Texas. (Photo by Kevin Sutton)

LUFKIN, Texas -- For the second year in a row, Texas High's playoff season ended against Crosby.

The No. 6 Tigers never got untracked offensively, and the 10th-ranked Cougars regained the lead in the fourth quarter to repeat as Region III-5A, Division II champions with a 14-7 win over THS Friday at Lufkin's Abe Martin Stadium.

Crosby (12-2) advances to the state semifinals next week. Texas High's season ends at 12-1.

The Tigers finished with 175 yards of total offense, with Blake Rogers clutching three balls for 80 yards and Brandon Hall snagging two for 44. QB Brayson McHenry was 5-of-16 for 124 yards and rushed for a score, and Braylon Stewart had 20 carries for 56 yards to end his senior year with 1,964 yards rushing.

The Cougars had 321 yards of total offense, led by quarterback Chris Myles' 24 rushes for 124 yards and a TD and Quincy Jones' 120 yards on 17 carries.

Texas High marched 75 yards on six plays to take the lead on the first drive of the second half.

McHenry connected with Rogers for receptions of 29 yards and 38 yards during the possession, and McHenry walked in from the 3 with 9:21 left in the third. Austin Miller's PAT made it 7-3.

Crosby answered with a 15-play drive, capped by Trevor Helburg's 36-yard field goal with 2:41 left in the third to make it 7-6 Tigers.

The Cougars regained the lead on their next possession with Myles scoring from the 4 on the 10th play of a 56-yard campaign. Braden Womack ran for the 2-point conversion to make it 14-7 with 10:59 left to play.

The Tigers got the ball back with 3:30 and moved the chains twice but turned the ball over on downs, and Crosby took knees to run out the clock.

"My hat's off to them for finding a way to get that extra seven points, and hats off to our kids," Stanford said. "Our guys competed all night. They over-achieved every week and kept doing more and more with less to get to this point.

"I'm really proud of our kids, of our community and our school for what they've been able to accomplish this year. We'll have more to fight for next year."

Defenses dominated the first half, and the Cougars held a slim 3-0 lead at intermission.

The Tigers went 3-and-out for the fourth straight possession after the scoring kick, but the ensuing Cougar drive was cut short on a fumble, which Tyriq Robinson recovered at the Texas High 46.

THS drove inside the Crosby 10 on 13 plays, but a potential tying 25-yard field goal missed the mark. 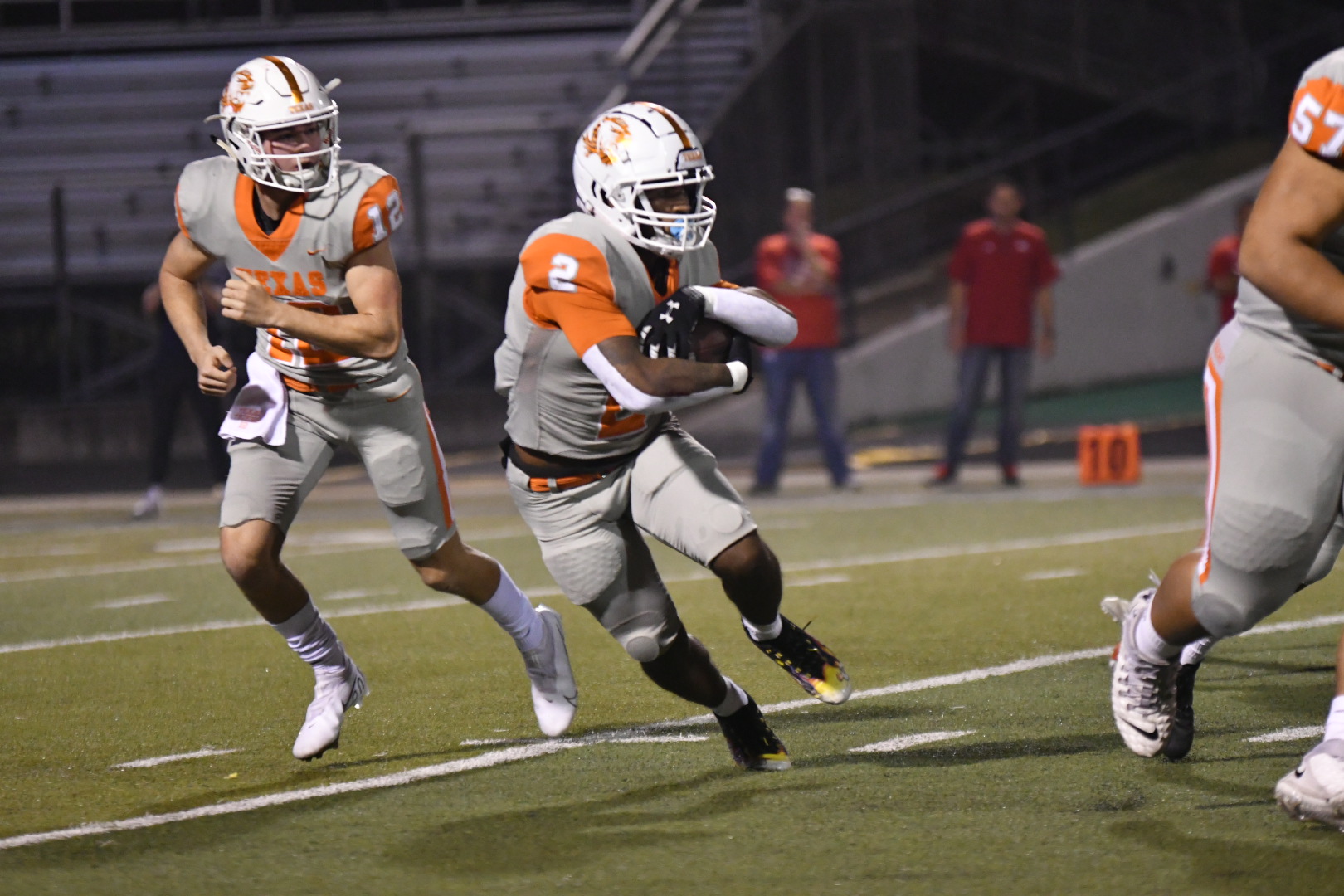