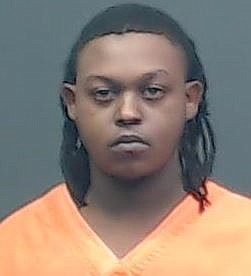 TEXARKANA, Texas --Announcements concerning the defense of two men charged in connection with a Halloween party shooting that left one dead and nine others injured were made in a Bowie County courtroom Monday.

Approximately 200 people were reportedly in attendance when the shooting began at 11:57 a.m. Oct. 30 at Octavia's Event Center. Javon Gooden, 20, was fatally wounded and nine others were treated at local hospitals for non-life threatening injuries. The surviving victims range in age from 15 to 23 and include four males and five females.

Witnesses allegedly identified McElroy as the shooter. A witness allegedly told detectives they saw McElroy firing shots into the crowd and observed him falling across a table to the right of the stage while facing the stage and while firing a handgun.

Morine allegedly provided McElroy transportation to and from the event center and was allegedly captured on video surveillance in possession of a gun, which he handed off to someone else before the shooting occurred.

Morine's account to police of his movements allegedly contradicts data extracted from his cellphone. Two 9 mm Blazer brand cartridges were allegedly found in Morine's car. At least one spent shell casing found at the scene of the shooting was Blazer brand.

According to an affidavit filed in McElroy's case, 13 spent 9 mm shell casings were collected by investigators following the shooting.

McElroy faces two to 20 years in prison on each of the nine counts of aggravated assault. McElroy and Morine face five to 99 years or life in prison if convicted of murder.

It is unlikely the cases will be heard by a jury before 2023.

As Tidwell conducted hearings in a number of pending criminal cases Monday, he noted that he is booked for jury trials almost every other week until July when he will begin overseeing jury selection in a death penalty case expected to take weeks to complete.

Both McElroy and Morine are currently being held in the Bowie County jail. 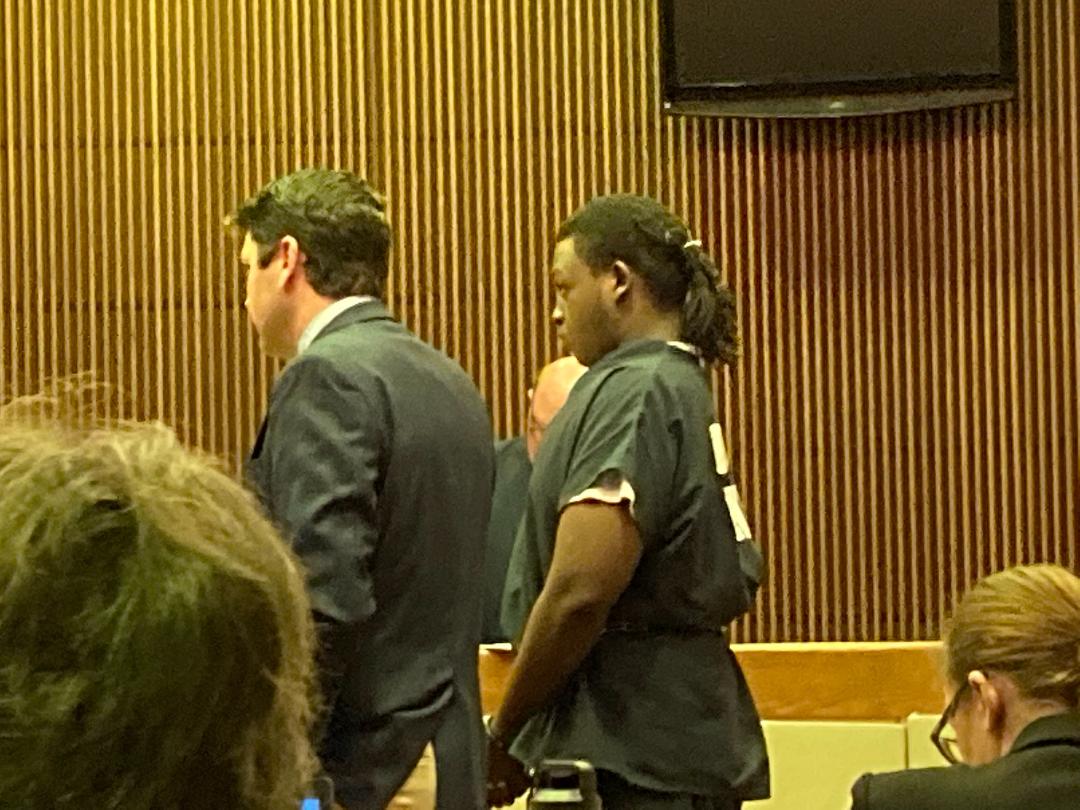 Keuntae McElroy, center, appears Monday before 202nd District Judge John Tidwell. McElroy is accused of shooting 10 people, one of whom died, at a Halloween party in Texarkana, Texas. 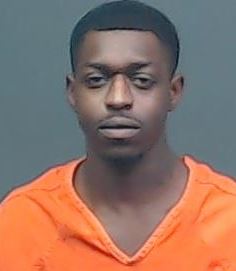