Summerhill Road will be resurfaced in early 2022 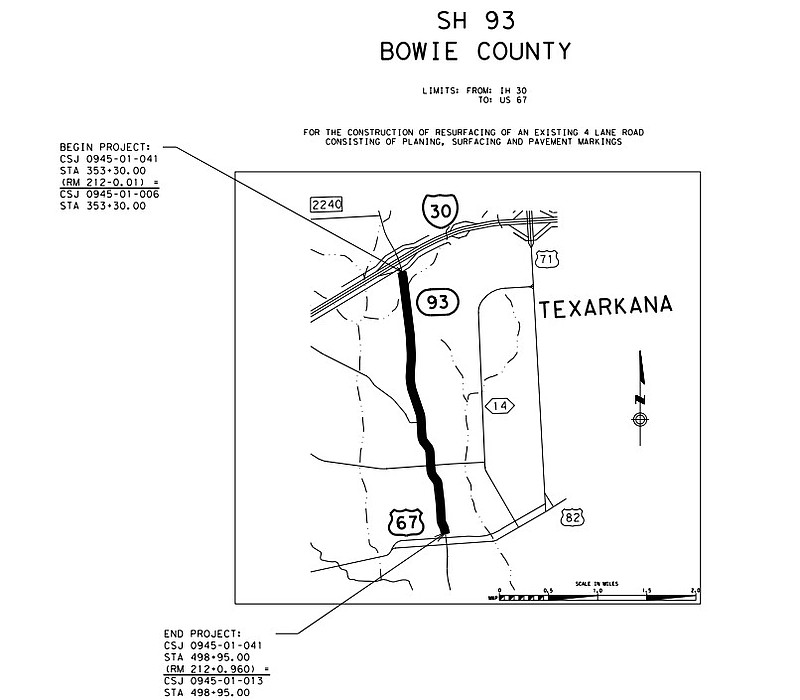 TEXARKANA, Texas ­–A portion of Summerhill Road, also known as State Highway 93, is scheduled to be resurfaced early in 2022.

The plans for the project were approved in November by the Texas Department of Transportation (TxDOT).

"The project will stretch from U.S. Highway 67 (Seventh Street) to Interstate 30 and include the resurfacing of all four lanes," said Texarkana Area Engineer Tommy Bruce in a news release. "Work is scheduled to take place nightly from 6 p.m. until 6 a.m. to minimize the impact on motorists and school traffic," Bruce said.

Texas High School is located on one portion of the road.

R.K. Hall, LLC of Paris was awarded the contract for the project with a bid of $1.6 million.

Work should begin in February 2022 and be complete by the end of April, according to TXDOT.

Highway 93 is a little over six miles long. It includes the portion of Summerhill Road south of Interstate 30. It crosses New Boston Road, Martin Luther King Boulevard (westbound U.S. Highway 67), and Seventh Street (eastbound U.S. 67), after which it becomes Lake Drive. From there it forms a curve to the southwest and west, finally ending at Loop 151, and feeding into U.S. Highway 59.

Print Headline: Summerhill Road will be resurfaced in early 2022