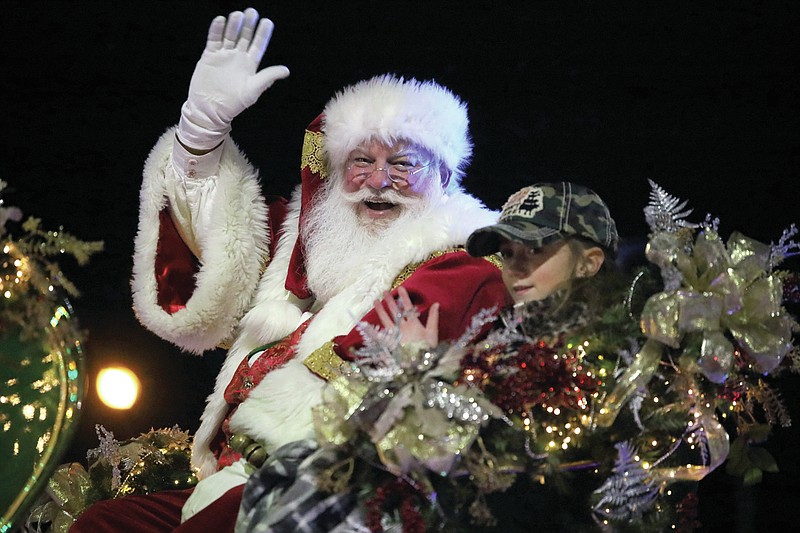 TEXARKANA - Texarkana's 37th Annual Christmas Parade sent local and area residents lining up on both sides of Monday's procession route well more than an hour before it began.

Holiday floats and vehicles loaded down with Christmas lights dazzled onlookers of all ages, while high school bands delivered street performance precision with every stride.

"I just love seeing the excitement on the guys' faces," said Rachel Cheatham, a mother of some of the team players who range from 7 to 10 years old.

"Up until now, we have only watched the Christmas Parade. Now, it's nice to get a chance to be part of the parade,"she said.

For local resident Don Holder, who supplied the trailer for the team, the sight of the kids getting to take part in the parade seemed quite special.

"I just love seeing these kids having fun and getting to be part of all this," he said.

For Stephanie Wright, putting the finishing touches on the Girl Scout Troop 200 and Troop 261 float brought some relief to her less than an hour before parade started.

"This is also my first year for making a float as well as trying to coordinate with 12 girls, but it's been a lot of fun," she said.

Texas-side Police Public information officer Shawn Vaughn said the parade route had to be slightly altered to avoid some construction restoration of the Hotel Grim.

To some degree, the parade actually brought some business customers to outdoor vendors filling the Kress Gap on Broad Street.

"We've been helped more by the parade this year and we love being part of the Texarkana community because it lets us see customers face to face," said Cassidy Lavender, owner of Lavender Thorne health products.

While most people stood along the parade route, others watched the parade while huddled up in the back of their parked vehicles, but one parade enthusiast, Sarah Begans, brought her dog named "Hooch" to the event, all wrapped up in blankets and appearing as warm as she was.

"Last year, Hooch got scared of the sirens but he's feeling better this year,"she said 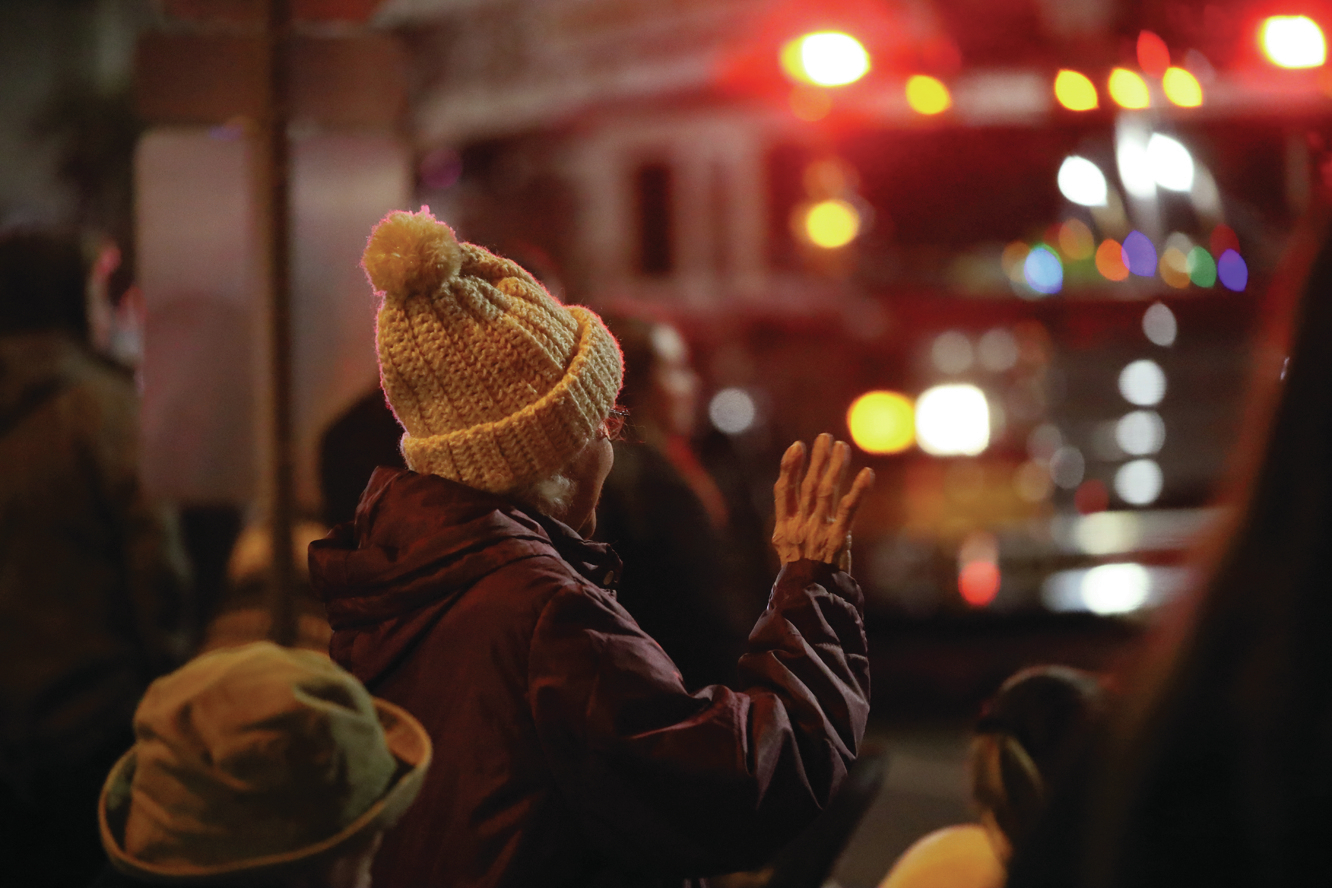 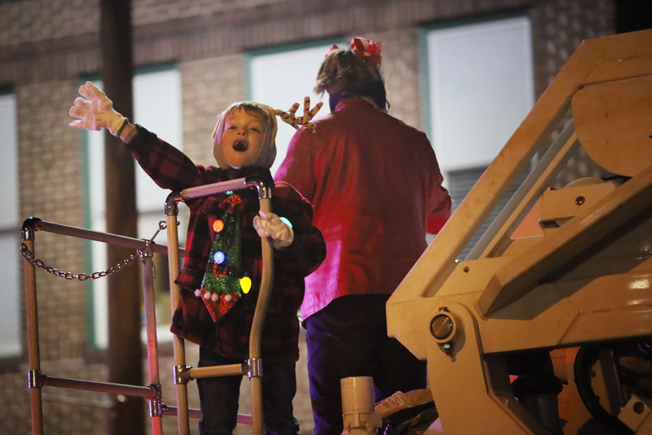 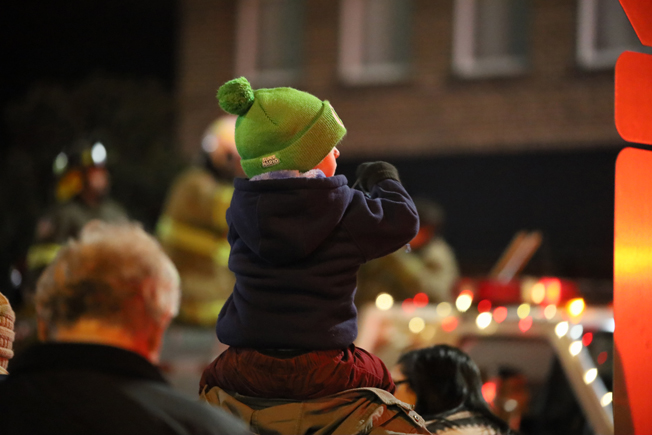 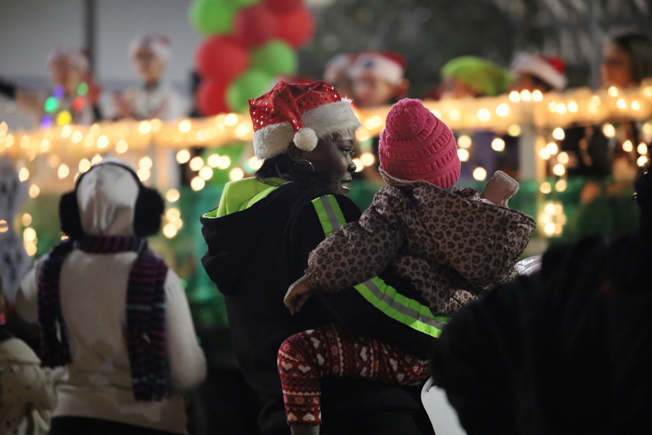 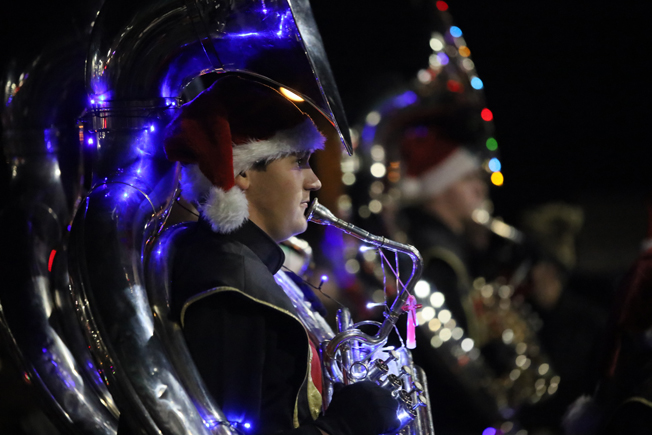 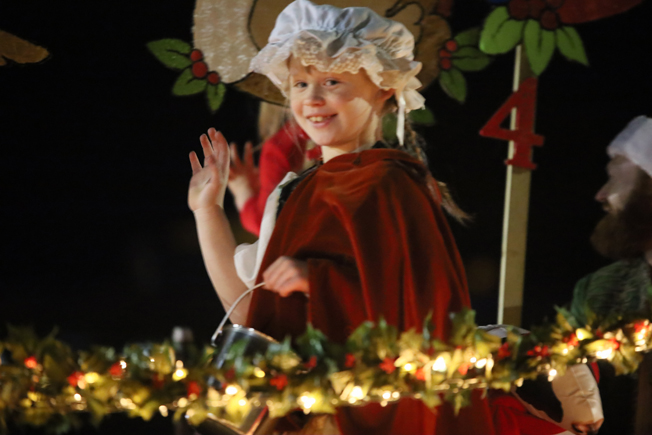