BILL OWNEY'S TEST DRIVE: Toyota RAV4 Prime knocks it out of the park

Toyota just built your first electric car, and you're going to love it.

Why? Gosh, the reasons are manifest – silk-smooth power from a 310-hp driveline, sports-car handling, Lexus-quality ride, near-perfect fit and finish, space-age gauges and switches, but none of that is the genius of the Prime.

Here's the brilliant part: plug it into a 110 outlet and it gives you 42 miles of all-electric driving for less than a buck.

"It's the coolest golf cart ever," beamed Beautiful Blonde Bride, who repetitively disappeared in this one.

Indeed, we both found reasons to run errands all over creation in this sweet-driving machine. In electric mode, it had enough power to chirp the all-wheel-drive wheels as it shot from zero to 60 in 5.7 seconds, darn quick for a 4,300-lb. machine. Weight is relevant because the RAV4 prime just feels substantial.

When the initial charge runs out – no, wait – if that charge runs out – a 2.5-L 4-cylinder, like millions of others Toyota has on the road, takes over. Working with a pair of electric motors and an 18.1 kWh Lithium-ion battery, the SUV then delivers an estimated 38 mpg. A 14.5-gallon fuel tank means owners can go more than 550 miles in search of a common household electric outlet.

We never did that. We put more than 200 miles on our tester and, despite some deplorably lead-footed driving from the male member of the team, never fully drained the initial battery charge. Indeed, we think Toyota is being deceptive when it says 42 miles on a charge.

Maybe 48, Toyota? At any rate, when the nice man came to retrieve the Prime, the gas gauge was still pegged at full.

NHTSA, the government agency that keeps track of these things, says the average American commuter drives less than 40 miles a day. So do the math: 42 miles, times a 5-day-workweek, times 52 weeks a year works out to roughly 11,000 miles of demanding, stop-and-go driving, and the engine never comes on, nothing comes out of the tailpipe, using fuel costing less than a fourth of what one pays at the pump.

How clean is the source of that electricity? Talk to SWEPCO, whose strategy to phase out coal operations moves with the haste of a three-legged tortoise. I have digressed.

We found that for our needs, we only needed to plug in the Prime in every two or three days. Since Blonde Beauty's prized chariot and tons of my junk whose necessity has long passed from consciousness fills the garage, I was forced to use an extension cord and the Prime's charging cord to fill 'er up in the driveway. This is important to note because we discovered that one could leave it plugged in during a thunderstorm without mishap.

It has been 24 years since Toyota became the first company to overcome the engineering challenges of a gas-electric powertrain with the Prius. Not only was it a surprise sales hit, but the Prius proved to be remarkably reliable, even for a Toyota.

Gas engines last much longer in hybrid systems for three key reasons. The first is that the electric motor also serves as the starter. It spools the engine but does not allow it to fire until oil is circulating. With regular internal combustion engines, a great deal of wear occurs when the key is turned because initial combustion comes before the oil reaches the cylinders.

Another is that gas engines in hybrids run on the Atkinson cycle, designed by British engineer James Atkinson in 1882. It allows the engine to run more efficiently and with less friction. That means the engine is cleaner, but it has less torque, the force we feel on acceleration.

This is not a problem with hybrids. Computers controlling the system draw power from the electric motor when torque is most needed, on initial takeoff and during moderate-to-heavy acceleration. As a result, the gas engine always gets the easy part of the job, while the essentially frictionless electric motor does the heavy lifting.

From a durability standpoint, this is critical because an electric drivetrain has around 20 moving parts, while an internal combustion one has more than 2,000. There's just a whole lot less to go wrong.

Not surprisingly, two of Consumer Reports list of 10 most reliable cars, released this week, are the Toyota Prius and Prius Prime.

Toyota first used the designation "Prime" when it added the plug-in feature to the Prius in 2012 in Japan and Europe. It became available in the U.S with the second-generation Prius Prime in 2016.

Toyota launched the fifth-generation RAV4 in 2018 and added plug-in technology this year. While Prime models represent a modest price increase in the Prius, they are sharply more expensive in RAV4s.

The options list is also much longer for the XSE, and Toyota loaded up our tester with goodies that included a $1,620 premium audio system and a $3,765 premium package that included a head-up display, panoramic moonroof, 360-degree camera view, 120v power outlet, a foot-activated rear liftgate, and automated parking braking. If you can afford all those features, they're wonderful.

"Wait, what," you are no doubt thinking, "couldn't I just buy a Lexus for that kind of money?"

We're in a brave new world. 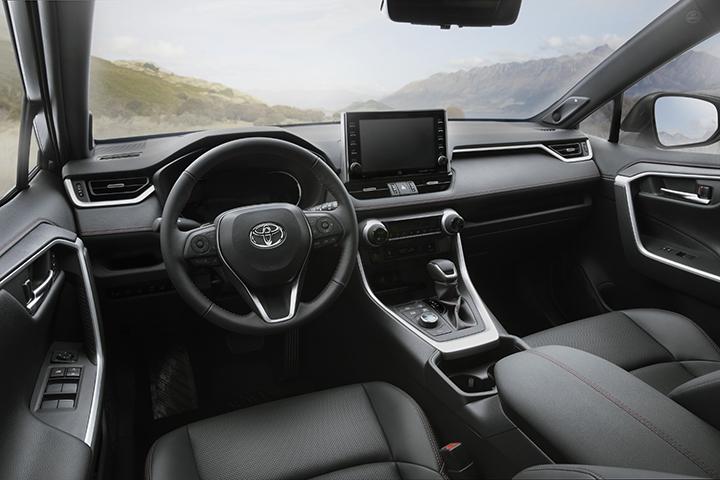 Interior of a RAV4 Prime. Photo courtesy of Toyota 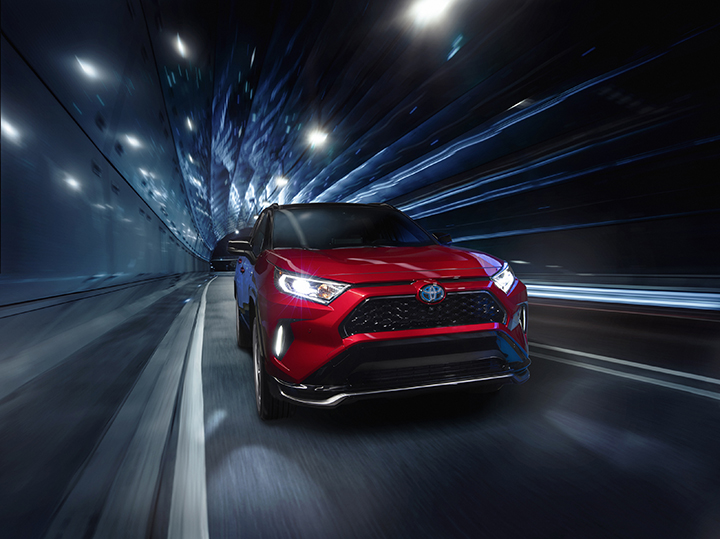 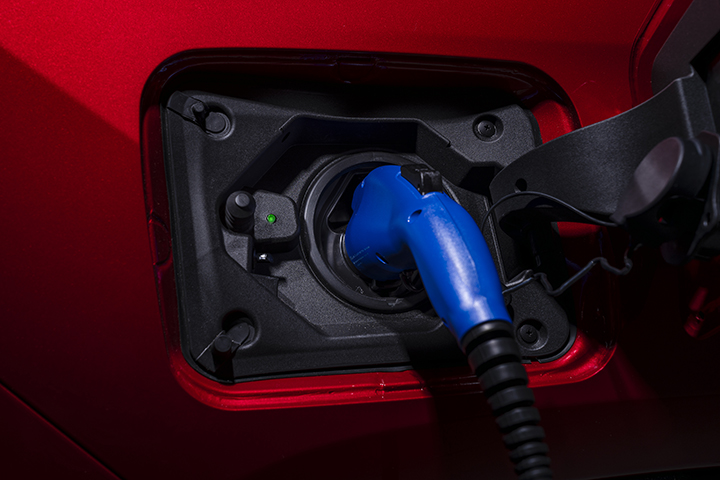