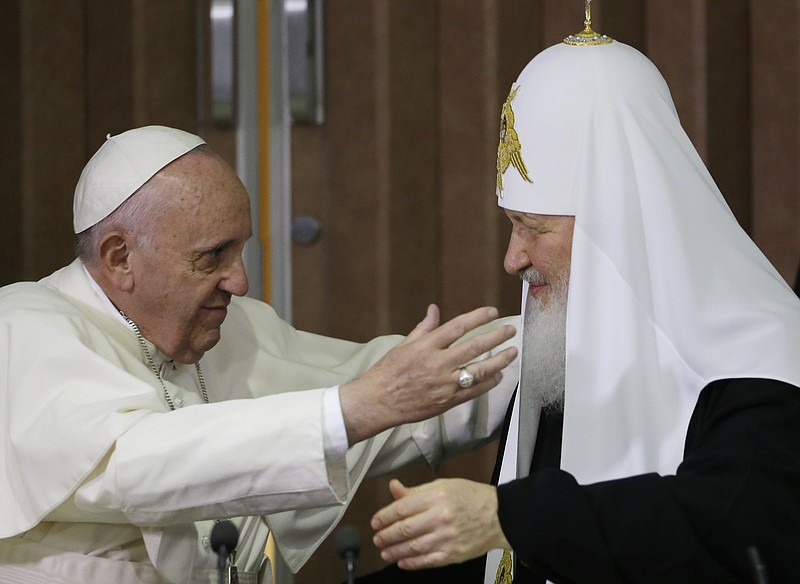 ROME -- Plans are progressing for a possible meeting next year between Pope Francis and the leader of the Russian Orthodox Church following their historic encounter in Havana in 2016, a top Russian Orthodox official said Wednesday.

Metropolitan Hilarion, foreign relations chief of the Russian Orthodox Church, met for about an hour with Francis on Wednesday morning at the Vatican.

"We had a chance to discuss specific dates and venues today, but they are yet to be specified and agreed so we can't announce the date and place yet," Hilarion was quoted as saying by the Russian state RIA-Novosti news agency.

He said the hope was that the meeting would take place in 2022.

Francis had already hinted at the possibility of a second meeting with Patriarch Kirill during an airborne press conference earlier this month, saying that he hoped to nail down possible dates during his scheduled meeting with Hilarion.

The Feb. 12, 2016, encounter between Francis and Kirill was the first-ever meeting between the leaders of the Catholic and the Russian Orthodox Church, which is the largest in Orthodoxy. The two men met in a VIP room of Havana's airport while Francis was en route to Mexico.

Hilarion said a papal visit to Russia wasn't on the agenda.

"We didn't discuss the issue of the pope's visit to Russia at today's meeting. But we highly value the pope's openness to the Orthodox world. We hope that his openness will bring good fruit in the sphere of Orthodox-Catholic relations in the future," he was quoted as saying.

The Vatican, for its part, said that the meeting took place in a spirt of fraternity, and that Francis expressed thanks for the birthday greetings Kirill sent him via Hilarion. Francis, who turned 85 on Friday, also received a Happy Birthday phone call that day from Russian President Vladimir Putin.

"For his part, the pope expressed sentiments of affection and closeness to the Russian Church and to its Patriarch Kirill, who recently celebrated his 75th birthday, recalling with gratitude the journey of fraternity made together and the conversation we had in Havana in 2016," the Vatican said in a statement. 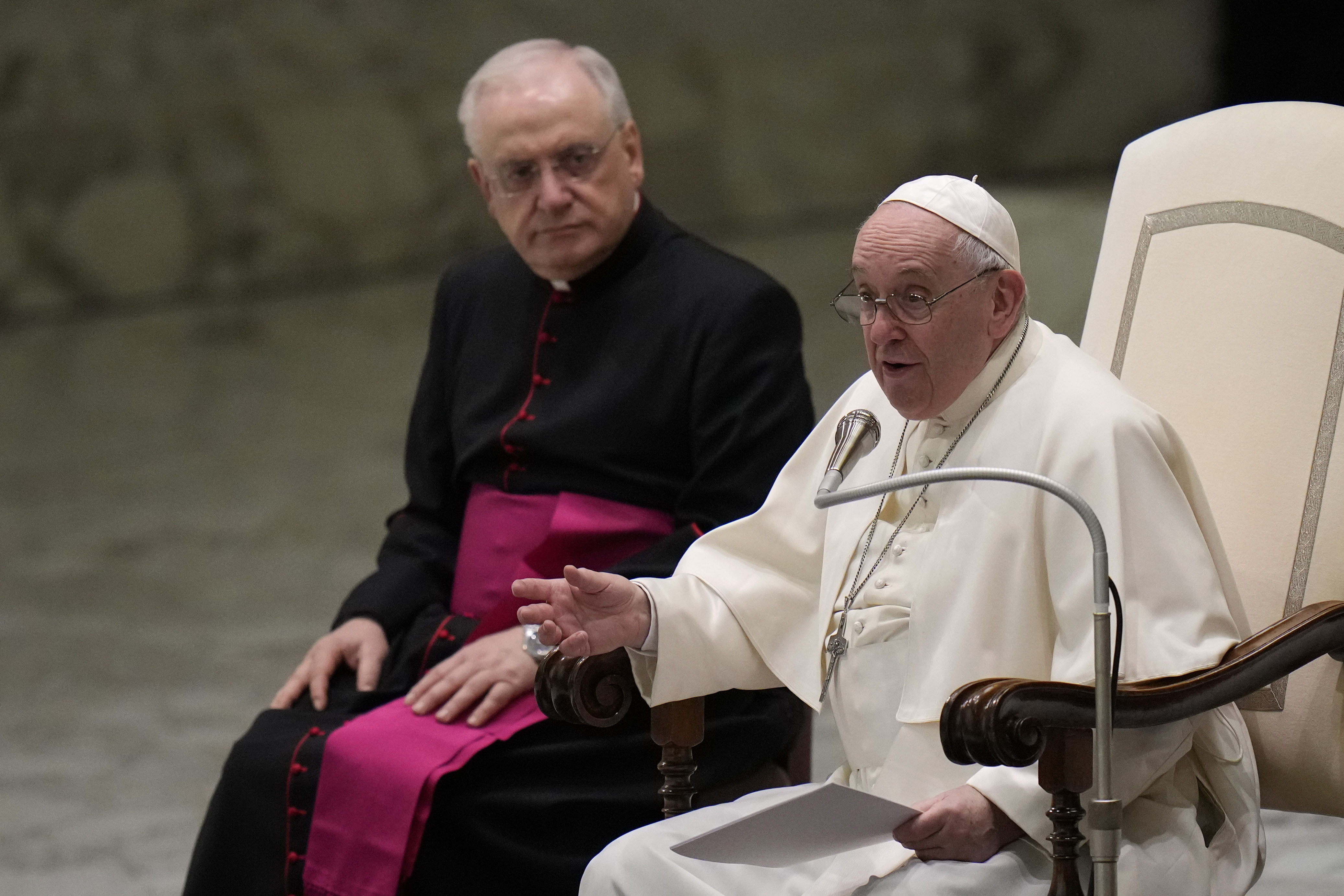 Pope Francis delivers his speech during his weekly general audience in the Paul VI Hall, at the Vatican, Wednesday, Dec. 22, 2021. (AP Photo/Alessandra Tarantino)