Lockesburg woman sells a little bit of everything in store that has been in family since 1945. 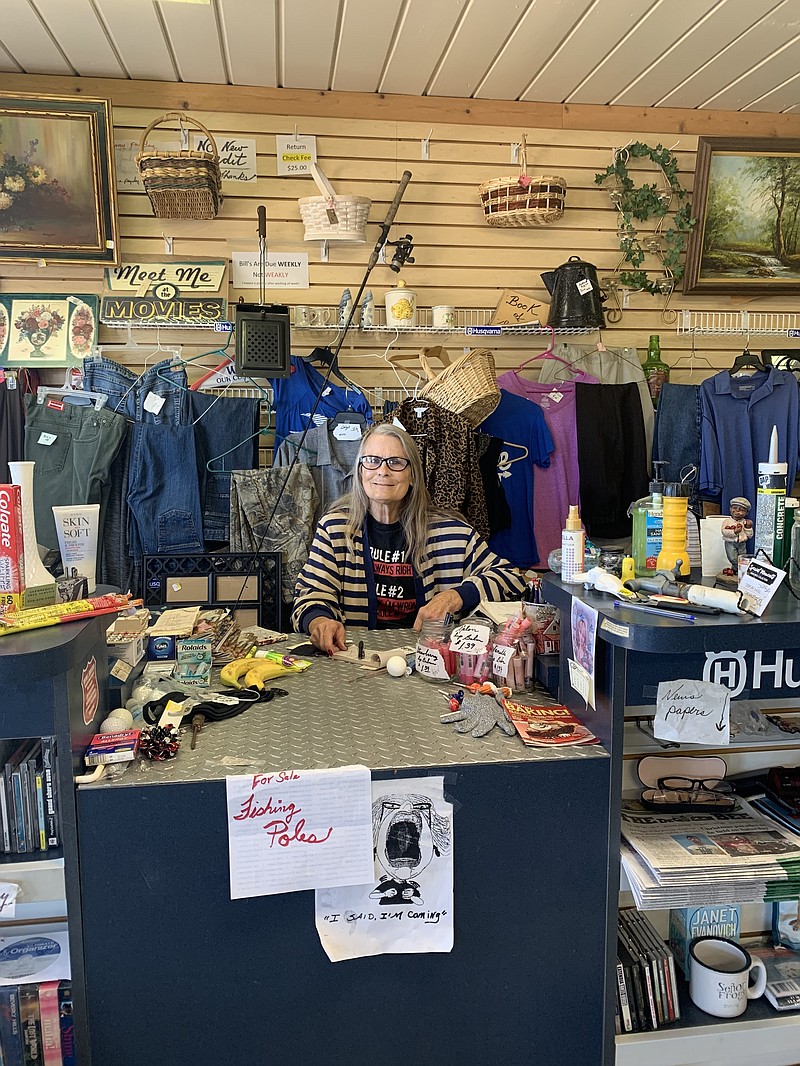 Iona Baker Jones works behind the counter of Baker's Store near Lockesburg Arkansas. Her parents bought the store when she was 2. Iona and her late husband bought the store in the 1970s and she still operates it today. 9staff photo by Lori Dunn)

The store and gas pumps have been fixtures on a hill just south of Lockesburg since 1945. Members of the same family have owned it the entire time.

Store owner Iona Baker Jones jokes that she has worked at the store since she was only 2 years old.

"My mom and dad bought this store when I was 2. I was born in '43 and they bought it in '45. I was raised right through that door," Iona said, gesturing toward the back of the store.

Her parents Ozella and Allan Reece Baker raised their children in a home connected to the back of the store.

"It used to be the only store around here. Before they started putting EZ Marts in," Iona said.

Her family has sold a little bit of everything in the store.

The family also owned a farm across the highway from the store and sold firewood there for a while.

As an adult, Iona and her husband, Ronald Jones, bought the store and house from her parents. They operated the store and raised their own children in the home.

They kept the name Baker's on the store.

Baker's was a grocery store for most of its years, but recently, Iona has scaled back on grocery items and mainly sells secondhand items on consignment.

"It's mainly resale except for some cokes and snacks. It's always full in here. People keep bringing me stuff," she said.

Items found in the store recently include a table of books, a Frank Sinatra CD, VHS tapes and clothes

Though the store has been home for much of her life, Iona left Lockesburg for a while.

After high school, she attended Ayers Business School in Shreveport, which is now Ayers Career College.

"I loved living in Shreveport," she recalled. "I met so many friends and I still have them today."

Each year, a female student in the business school was chosen to attend a free modeling class. Iona was the winner one year and met more friends during that experience. She met her husband when he was stationed at Barksdale Air Force Base.

After he went overseas, she moved to Little Rock where she worked in a dress shop during the day and a restaurant at night.

"I had never waitressed before but I picked it up real quick," she said.

Iona said growing up in the store helped prepare her for other jobs during this time.

Baker's Store was redone in the '60s and ready for Iona and her husband to take the helm in the '70s.

She's been there ever since. She uses an adding machine to ring up purchases and she does not take debit cards.

Most customers have known her a long time and catch up on local happenings while shopping.

"I cash my pay check here and then I spend a lot of it in the store," one customer said as she paid for her purchases.

Iona battled breast cancer several years ago but is now doing well. She also cared for her husband until he died.

Working every day is just second nature for Iona.

"I like it. I don't know what I would do if I didn't get up and work every day," she said. 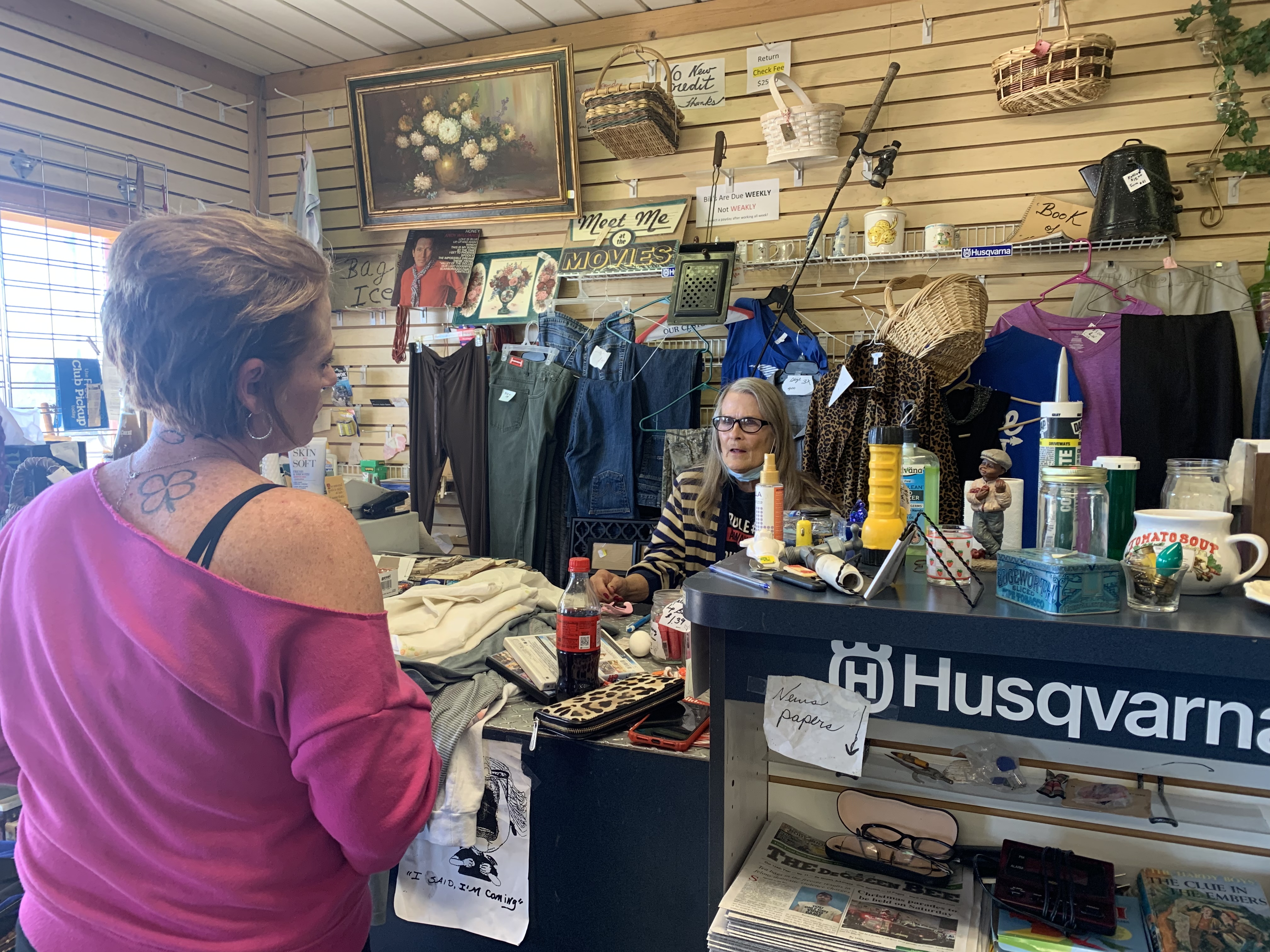 Iona Baker Jones visits with a customer as she checks her out at Baker's Store near Lockesburg Arkansas. Her parents bought the store when she was 2. Iona and her late husband bought the store in the 1970s and she still operates it today. (staff photo by Lori Dunn) 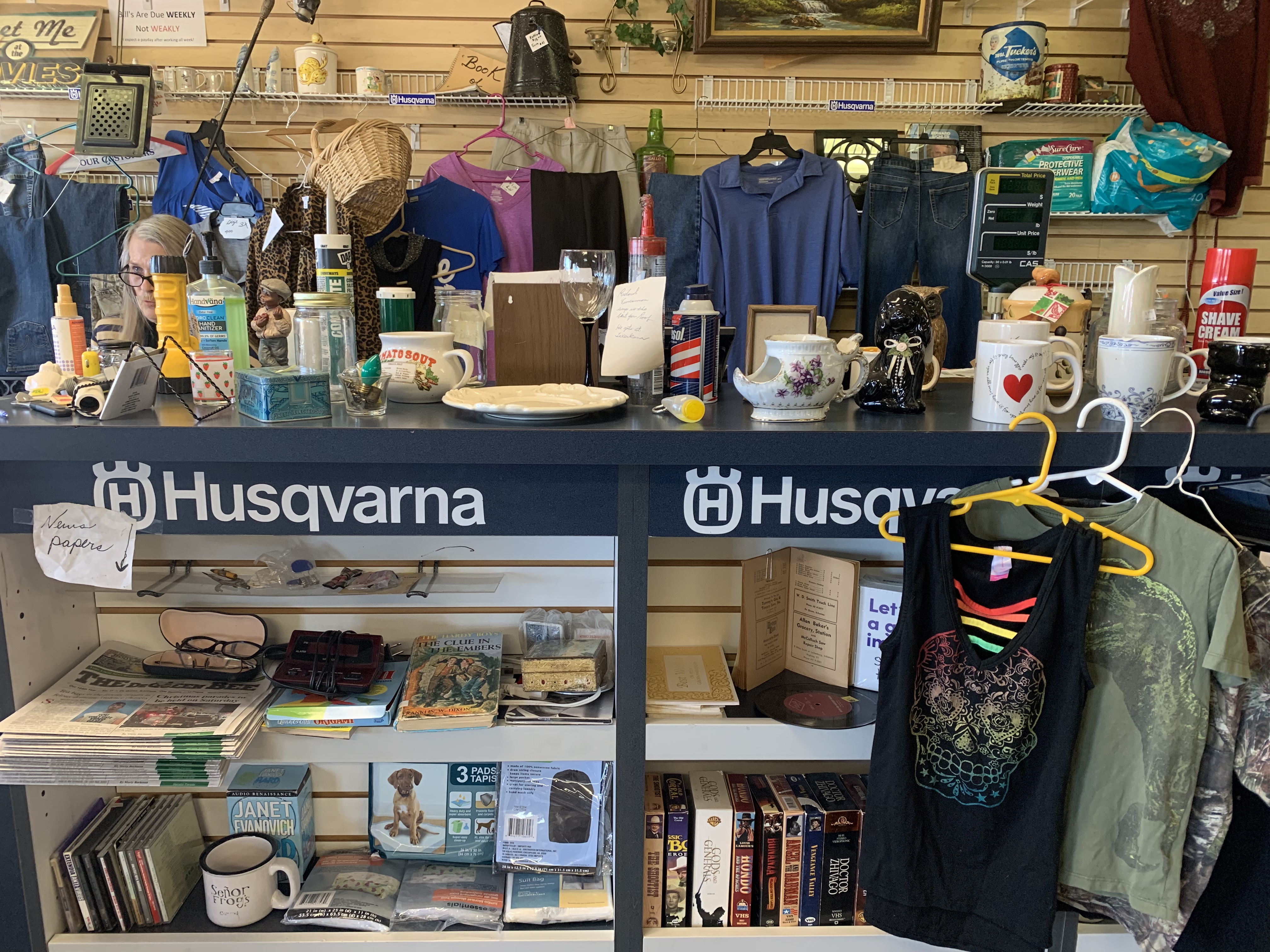 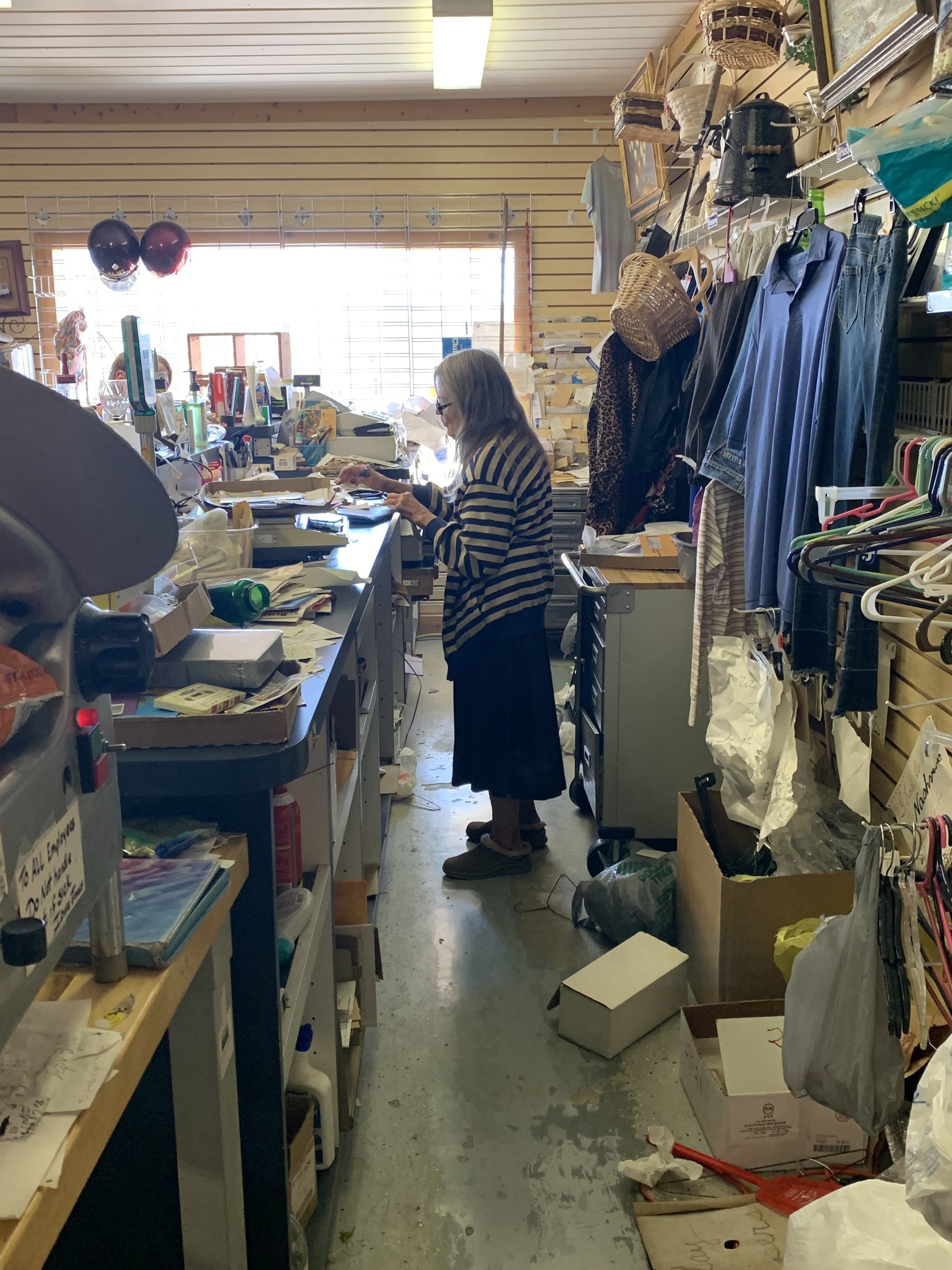 Print Headline: Lockesburg woman sells a little bit of everything in store that has been in family since 1945.