Getting into that old groove once again 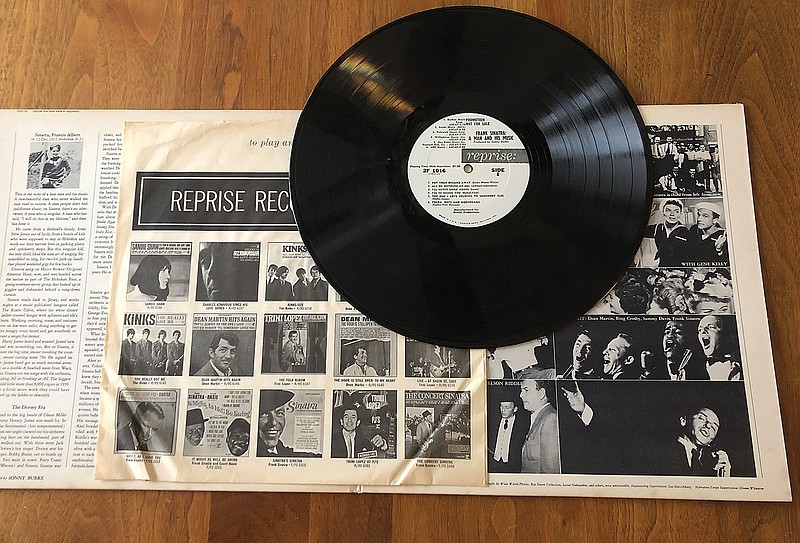 One of neatest feelings of youth was saving up enough money to buy that next record you wanted.
Yes, I said record. Vinyl. It was a circular disc, which required a record player (or turntable depending on how fancy you wanted to sound) to be able to hear your purchase.
If you had a dollar, you could purchase the latest hit 45-rpm single for .79¢ plus tax. If you had $4.99, you could buy the latest album by your favorite artist.
Some of the first 45s I recall buying were by The Osmonds (hey, at least I admit it), Three Dog Night, and Elton John.
Most of the 33 1/3 long play albums I had were gifts. I rarely had $5, so Christmas and birthdays were occasions to receive full record albums.
There's been a lot of debate about whether vinyl sounds better than the new digital music downloads. Fans of vinyl (of whom I'm one) say that there's a warmth and depth that vinyl gives that you just don't hear when you listen to a digital version of your favorite artists.
Regardless of which side is right on the audio quality argument, one thing is sure: Vinyl record albums offered something that digital music never will artwork and information.
The joy of peeling the plastic wrap off a new album, pulling the record from the sleeve, placing it on the record player and lifting and setting the needle onto the first cut of the album was exciting. Almost as exciting was looking at the photos and reading the information on the album cover while you listened.
If you were lucky, the album cover was a fold over (meaning, the cover had a front and back that opened, and more information, such as the lyrics to all the songs were inside).
Some types of music used the album covers to sell other records by the same or similar artists. Other genres of music, such as rock, used the covers as a canvas to showcase the band and/or the band's favorite visual artist of the time.
Think Sgt. Pepper's by the The Beatles, and Pet Sounds by the Beach Boys.
I remember my mom telling me that sitting in front of the television and watching the same Three Stooges episodes over and over would never help me make a living. She said the same thing about me sitting in front of the RCA console stereo and reading the album covers over and over while I repeatedly listened to my favorite albums.
At the time, it seemed she was right. Knowing who directed most of the episodes of Moe, Larry, and Curly and who produced most of The Beatles' albums wasn't likely to help me make any money. Or, so it felt like it at the time.
However, when I later spent 25 years as a disc jockey, some of that information did come in handy.
But, don't argue with your mom, kids. My situation wasn't a common one when it came to consuming album cover information and later becoming a radio announcer.
One benefit to spending hours reading the same song lyrics from album covers is that you avoid singing the wrong lyrics in front of your teenage friends.
Did you have a friend who always did that? I did. My buddy (he'll remain nameless) was constantly singing the wrong lyrics. And you couldn't convince him he was wrong.
(cue the song, "Hot Blooded" by Foreigner)
His version: "Well, I'm hot blooded, check me and see. I've got a temperature of one hundred and three."
Correct version: "Well I'm hot blooded, check it and see. I've got a fever of a hundred and three."
There's actually a name for this. Mondegreen.
Mondegreen refers to when someone repeats the wrong phrase from a song, because they think they heard something different.
Other examples of mondegreen include the Jimi Hendrix song, "Purple Haze," where often, instead of singing "Excuse me, while I kiss the sky," some individuals think they heard, "Excuse me, while I kiss this guy."
We tried to explain to my buddy that Jimi Hendrix was not asking for a moment alone with a fella, he was singing about the sky.
It was to no avail. He would never read the album cover, or listen to us.
Vinyl has made a comeback. You can buy it again by some artists. However, I'm going to have to wait for a birthday or Christmas.
The last time I looked at the price of a new 33 1/3 album that was recently released, it was almost $40 with tax and shipping.
Maybe I'll just dig out my Osmond Brothers, Three Dog Night, or Elton John records and see if I can remember the lyrics.
Or, just sing a classic. "Row, row, row your boat, gently down the stream. Merrily, merrily, merrily, merrily, life's a butter dream."