HER | Wanted: Big watermelons for weigh-off And fans who appreciate their wonder 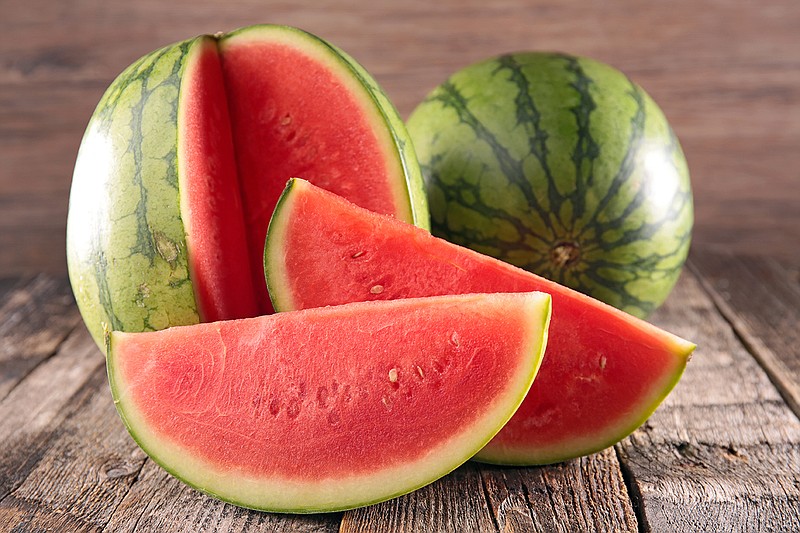 Watermelons are big around here - a big deal.

Big in the sense that they are celebrated, specifically at places like Naples, Texas, and Hope, Arkansas, that host festivals to celebrate them.

Big in the sense they are practically ubiquitous to the region. What is more symbolic of summer in these parts than a pickup along the side of the road with the driver peddling watermelon out of the back.

And big in the sense of that's the way we grow them around here.

(Of course it is probably because we grow them big that there are festivals. Over the years, growers in the Hope area have held several size-based titles.)

Here's a chance for someone around here to win another one - and for fans of the bodacious fruit to get an eyeful of how big they really get.

On Saturday, Sept. 4, Old Washington Farmers' Market will host an official watermelon weigh-off site for the Great Pumpkin Commonwealth in Washington, Arkansas, according to promoters.

The Great Pumpkin Commonwealth provides official venues for growers to weigh several varieties of fruit and vegetables, including watermelons, across the country. They give prizes for the largest weighed item of its type across the country.

This official weigh-off event, will be for watermelons only. (No room for lesser fruits and veggies.) Prizes will be given for the top three largest watermelons. A youth category will also be added this year for watermelon growers that are 14 years of age and younger. Only one official entry will be considered per farmer or team. Pre-registration is not required.

The official weigh-off will begin around 11 a.m. behind the City Hall of Washington, Arkansas, across the street from Williams' Tavern Restaurant of Historic Washington State Park. For more information on the weigh-off, contact Josh Williams at 870-703-8256 or at [email protected]

In addition to the Watermelon Weigh-Off, the Old Washington Farmer's Market encourages other area farmers to sell any produce they may have. For more information to register as a vendor, contact the market at [email protected]