The cure was worse than the hurt 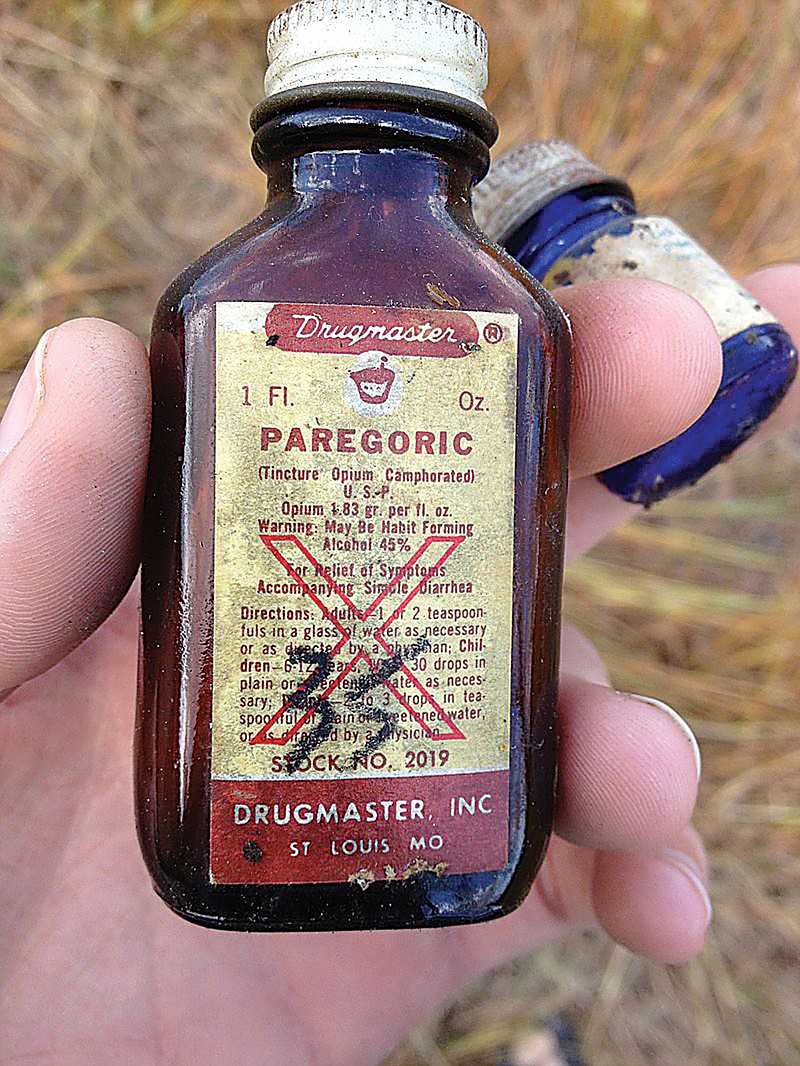 Before laws were implemented, you could walk into a pharmacy and ask the pharmacist for a big 'ole bottle of Paregoric, a narcotic. One of its uses was to treat tummy troubles.

When I was little, every time I got sick, I was certain that every medication the adults dispensed was designed to kill me.
Before the advent of all the different drugs we're blessed with today, anything a parent or grandparent needed to treat a sick kid could be found on one aisle at the Rexall Drug.
And it fit neatly - between the Aqua Velva and the Brylcreem - behind the mirrored-door medicine cabinet above the bathroom sink.
That's it. Just a handful of different products to treat whatever was ailing you.
And it seemed that each adult had a personal favorite.
You learned young that a simple "I don't feel good" would lead to being led into the bathroom where you were dispensed something from the Cabinet of Torture.
Before laws were implemented, you could walk into a pharmacy and ask the pharmacist for a big 'ole bottle of Paregoric - which is a narcotic.
If the bottle had a big red X on the label, it was an exempt narcotic. An exempt narcotic with opiates and morphine.
One of its uses was to treat tummy troubles.
It was my dad's go-to for anything that was wrong with us.
"Here, take a slug of Paregoric," he'd say.
(for clarification, a slug is also called a swig)
"Do I have to?" I'd ask.
Of course, the answer was, "yes." I had to.
Why use a spoon when a slug would do?
I can still taste the stuff and I haven't taken it in more than 50 years.
The other medicine that you wanted to avoid came from the great-grandparents. Great-grandparents suffer medical issues younger people don't. So, their go-to drug was Black Draught and three sixes. Labeled as Black Draught 666.
Now, if a medication has 666 on it, and you've ever been to Sunday school, how do you not connect those dots? For a fact, that stuff was the devil.
And then there was my dad's grandmother, who gave us something that, to this day, makes no sense. She was a fan of Dr. Tichenor's.
Dr. Tichenor's is an antiseptic mouthwash. I also suspect it could be used as paint remover or jet fuel.
"Here, take a slug of Dr. Tichenor's," she'd say.
"Please don't make me," I'd beg to no avail.
Keep in mind, she wasn't asking me to rinse with this stuff. Remember, a 'slug' means you drink it. Dr. Tichenor's made me wish my dad would show up with some Paregoric.
And then there were the head- and chest-cold treatments.
You can hide tummy troubles, but you can't hide a bad cough. If I had a cough, depending on which grownup was handy, I might be served up 20 minutes of sticking my towel-covered head over a steam machine, drowned in Paregoric, or everyone's favorite: Vicks VapoRub.
If you've never had the pleasure of encountering Vicks VapoRub, let me tell you, you have missed out.
You might be surprised to learn this, but regardless of the instructions on the jar, Vicks VapoRub, which is a topical cough medicine, can be consumed. One of the adults in my family, whom I won't name, thought it was a good idea to put a dab of that on your tongue and make you swallow it.
This was on top of slathering it all over a towel or washrag and then securing it around your neck and over your chest with diaper pins before you went to bed.
I'm not sure if it helped my cough, but it certainly kept other people at least 10 feet away from me at all times.
And then there were cuts, scrapes and bruises.
My grandmother thought that Merthiolate, an antiseptic, was the be-all-end-all of anything on the outside of your body. It had a dobber built into the lid of the bottle. She'd put that stuff all over a cut or scrape, and it burned. A lot.
I'd scream and she'd blow on it. As if that helped.
Nothing better than a little spit added to the fire on your arm.
And in that same type of dobber bottle, Mercurichrome Iodine was also available. It was also used for cuts and scrapes, but burned less. It had a deep red color.
If I had a really bad bike wreck, when my grandmother got through with me, I looked like I'd been in an Alfred Hitchcock film.
I have no idea what Mercurichrome Iodine was supposed to do, but at least every shirtless kid on my street looked the same each summer.
If Bill Clinton is the first president you remember, you likely never had to endure Mercurichrome. In the late '90s, the Food and Drug Administration decided that it was "not generally recognized as safe and effective."
How anybody could miss the fact that a medicine with the word 'chrome' in it might have potential issues is beyond me.
But, I really rue the day that a product called New Skin went on the market. This liquid is designed to go into open cuts to seal up your skin. It's supposed to take the place of a Band-Aid.
To experience New Skin is like experiencing an entire box of Morton's Salt into said wound. The fire I felt was the equivalent of backing into the bathroom gas wall heater while trying to avoid a dose of Paregoric.
I don't think coincidentally, New Skin comes in the same type of bottle as Merthiolate and Mercurichrome - a small, glass bottle with a dobber built into the lid.
I'm fairly certain that the Mercurichrome folks rang up the Merthiolate and the New Skin people and said, "Hey, they're onto us. Want a great deal on some dobber bottles?"
You can still buy Vicks VapoRub, and Merthiolate (which, lucky for us, now comes "mercury-free"), and New Skin. I wouldn't, but you can.
Just thinking about all of this makes my stomach hurt.