Do you want fries with that? 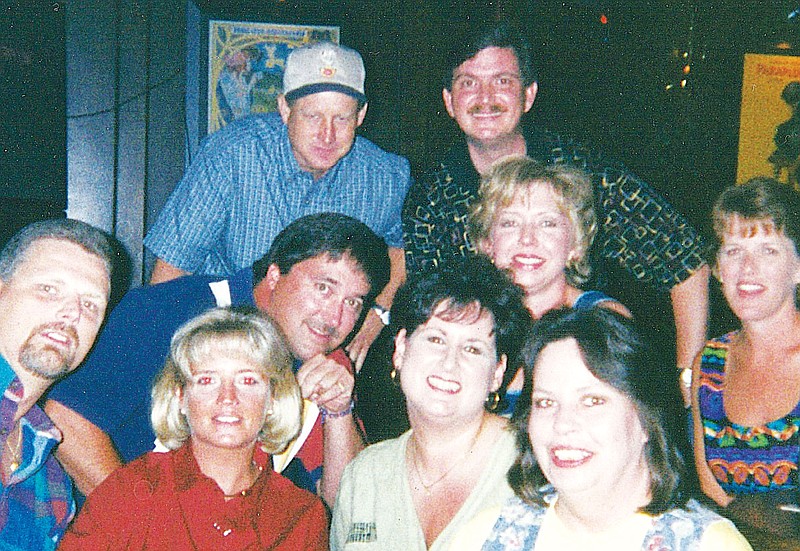 We all have that one friend who never seems to age. You know, the one from high school who shows up at the class reunion and looks just like back in 12th grade?
I have no idea what causes people to look exactly the same as they did at age 18, even when they're 60, but I didn't get any of that. Matter of fact, I'm fairly certain that if I did have any of that, that kid from 12th grade took all of mine when I wasn't looking.
Dick Clark had that. I remember watching "American Bandstand" and "The $100,000 Pyramid" in the '70s and my parents saying that he looked just like he did in the '50s. I didn't think much of it then, but later when Dick was hosting the New Year's Eve program, and he and Ed McMahon were co-hosting that bloopers and practical jokes show on TV in the '90s, I realized that my parents were right.
Obviously, Dick and that kid from 12th grade made the same pact with a certain lord of the underworld who shall remain nameless.
I always feel awkward when I run into someone I went to high school with. I'm trying to read their face and body language to determine if they're shocked at how much I've aged, or if they're so preoccupied with how they look that they're not even thinking of me.
I always hope for the latter, but I'm fairly certain that they're shocked.
Everyone has at least one friend who never ages. But, I'll tell you what never ages. A McDonald's french fry.
You can find a McDonald's french fry under the seat of your car and it looks exactly like it did when you dropped it there four years ago. It's like running into an ageless friend.
"Hey, McDonald's french fry. My gosh, how long has it been? And you haven't changed a bit."
Maybe that's the key. Eating a lot of McDonald's french fries.
That kid in 12th grade must've had plenty of McDonald's french fries. If so, they'll be the youngest looking one in the cath lab.
But, I digress.
I have a cousin named Teresa. She got the non-aging thing. She's looked the same as long as I can remember. And that's a long time.
Every time we go to a family reunion, the women spend the whole day saying the same things to her that I say to rediscovered fries under the car seat. I always love it when someone says, "I bet you get tired of everyone telling you that you never age."
Right. Show me one woman who would get sick of hearing that.
Husband: "What's wrong, honey?"
Wife: "Oh, I went to another reunion and all we talked about was how I never age. I just gets so old."
Husband: "Another fry?"
Wife: "Absolutely."
There was a movie with Goldie Hawn, Meryl Streep and some other Hollywood lady where they had to keep drinking some potion to stay young looking. I think Bruce Willis was in it. Best I can recall, he was the guy making the potions. The women spent the whole movie trying to stay young looking.
The more I think about it, I don't think the women were even alive. So, maybe this is a bad analogy. But, it does prove the point that even after passing on, the ladies still want to look young.
Guys are just as guilty. Look at any class reunion photo and the men are trying to suck in their guts. Newsflash, fellas. It's not your gut that makes you look old.
And that's another thing. Why do the women not talk about whether the men have aged? They spend the reunion in huddles talking about that girl from 12th grade.
Girl 1: "Look at her. I don't know how she does it."
Girl 2: "I heard she's on a steady diet of fries."
Girl 1: "Yeah, that and a deal with a certain lord of the underworld, who shall remain nameless."
Girl 2: "Another fry?"
Girl 1: "Absolutely."
In high school, we all thought we looked terrible. Looking back at the photos, we didn't look terrible at all. But, if the photos aren't enough proof that you never really looked as bad as you thought you did, there's always running into that one person you know who really hasn't changed a bit.