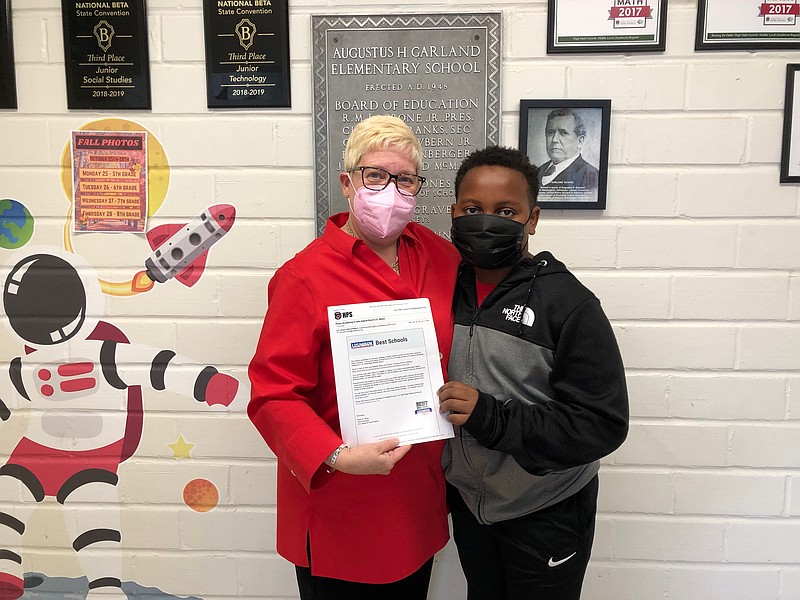 Principal Dr. Carol Ann Duke was notified of the designation in a letter from the magazine's Vice President Mark W. White.

"Your school placed among the top 30% of middle schools in the state of Arkansas, making it a U.S. News Best Middle School," White wrote. "Hope Academy is ranked No. 66 in Arkansas Middle Schools."

HAPS placed statewide among 314 public middle schools, according to U.S. News data. Schools are selected and ranked based upon standardized test scores, graduation rate, and preparation of students for high school.

Ranking was based upon proficiencies in math and reading as measured by the state's ACT Aspire testing, with half of the ranking formula taken directly from test results and the remainder from the context of socio-economic demographics.

Duke said in a news release that the recognition is a validation of HAPS's students and faculty.

"I truly believe the cornerstone of all our success is our Advisory program that allows us to develop strong, lasting relationship with students and families that last beyond the four years students are on our campus," she said. "I'm honored and humbled to work with the families, students and staff every day."