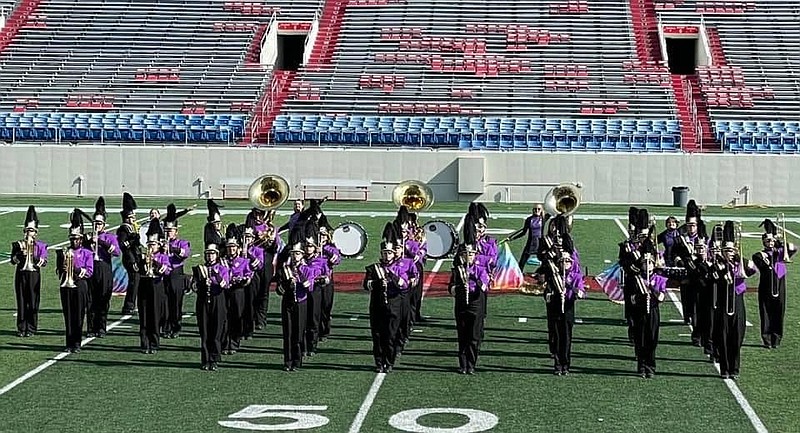 Fouke High has become accustomed to achieving this level of success at the state competition, which is put on by the Arkansas School Band and Orchestra Association.

Don Colquitt, second-year band director at Fouke High, said this accomplishment is now something that is expected among members of the band.

"That's kind of become our goal," he said. "That is always our goal every year, to go back to Little Rock and hopefully win it again. So, everything we do is always with that in mind. It's nice when you can reach it, and we've had a lot of success with it.

"I'm very proud of the kids. They've worked really hard, and it's been an easy bunch of kids to work with. We're all on the same page and know what the end prize is with this. They just do the best they can and see what happens."

Colquitt said this year was a breath of fresh air, compared to the previous one, which was affected by the COVID-19 pandemic.

"It was nice to be able to go to all the football games and things like that, as well," he said. "Last year with COVID, we did maybe three or four home games. And every time we do a game, we want to entertain the crowd of course, but that's a practice performance for us. We film them, watch them and plan our lessons around what we see."

Colquitt's band only had six performances before going to state last year. This year, they had 10 football games and other competitions to prepare more effectively.

"It was nice to just have a normal football season where we could really spend the time we needed to spend on it and be successful," he said.

Colquitt and his band will soon begin their march toward a fifth consecutive title in Little Rock next November, as he embarks on his third year with the squad.