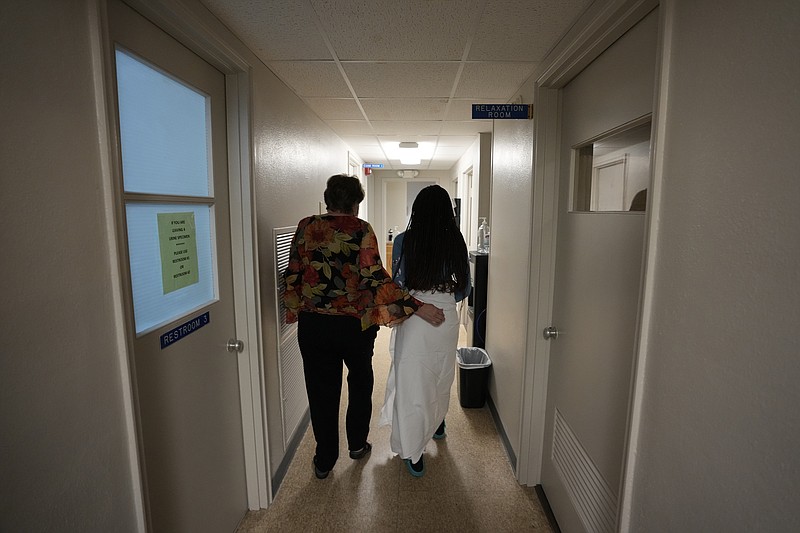 FILE - A 33-year-old mother of three from central Texas is escorted down the hall by clinic administrator Kathaleen Pittman prior to getting an abortion, Saturday, Oct. 9, 2021, at Hope Medical Group for Women in Shreveport, La. The woman was one of more than a dozen patients who arrived at the abortion clinic, mostly from Texas, where the nation's most restrictive abortion law remains in effect. (AP Photo/Rebecca Blackwell, File)
ADVERTISEMENT