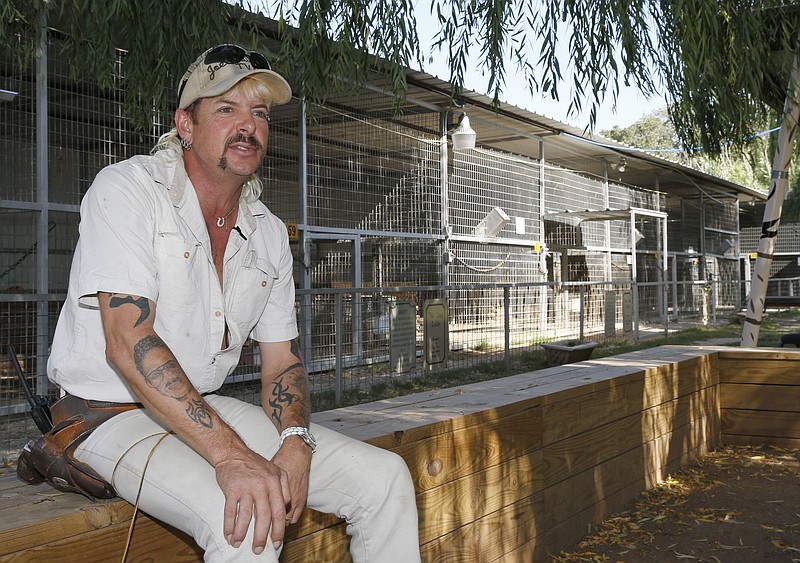 FILE - In this Aug. 28, 2013, file photo, Joseph Maldonado-Passage, also known as Joe Exotic, is seen at the zoo he used to run in Wynnewood, Okla. The former zookeeper has been transferred to a medical facility in North Carolina for federal inmates after a cancer diagnosis, according to his attorney. (AP Photo/Sue Ogrocki, File)
ADVERTISEMENT