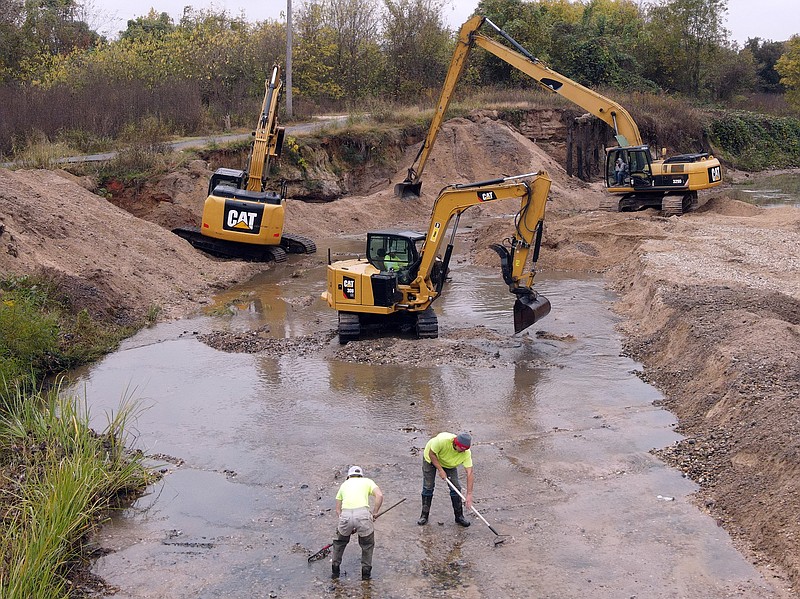 In this undated photo provided by the city of Texarkana, Arkansas, a crew works clearing sediment deposits in Nix Creek. The work being done is the result of an engineering study funded by the city Board of Directors. (Submitted photo)
ADVERTISEMENT