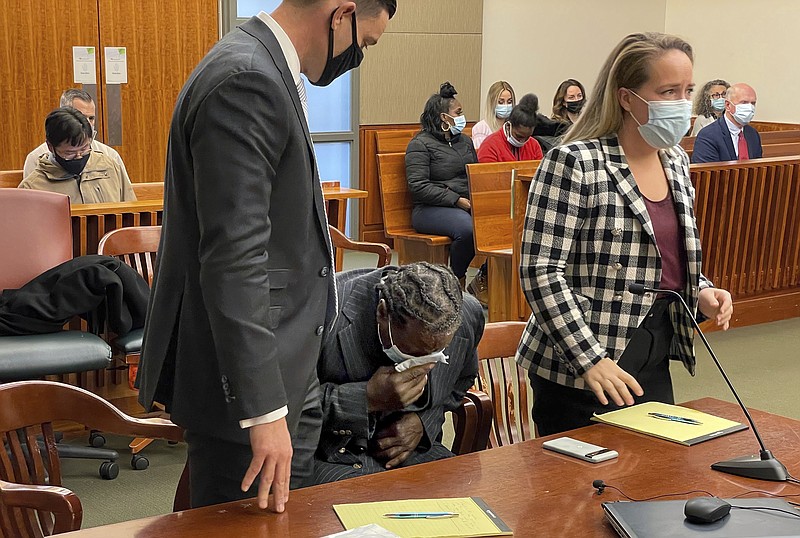 Anthony Broadwater breaks down crying Monday, Nov. 22, 2021, in Syracuse, N.Y., when a judge overturned his 40-year-old rape conviction. With him are his lawyers David Hammond (left) and Melissa Swartz. Broadwater, who spent 16 years in prison, was cleared Monday by a judge of raping Sebold when she was a student at Syracuse University, an assault she wrote about in her 1999 memoir, &quot;Lucky.&quot; (Katrina Tulloch/The Post-Standard via AP)