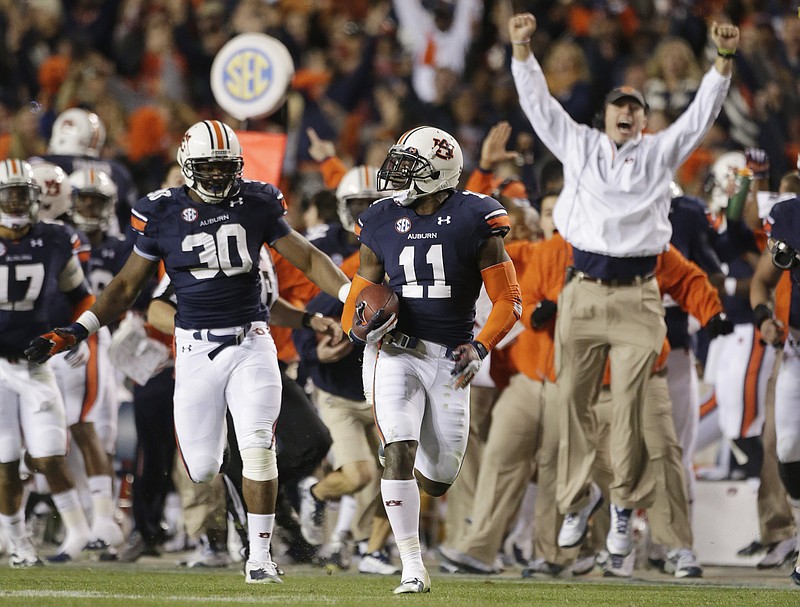 FILE - Auburn cornerback Chris Davis (11) returns a missed field goal-attempt 100-plus yards to score the winning touchdown as time expires in the fourth quarter of an NCAA college football game against No. 1 Alabama in Auburn, Ala., Nov. 30, 2013. Davis returned the Alabama field goal-attempt that came up short from the back of his own end zone for a touchdown on the final play to send the fourth-ranked Tigers to the 2013 Southeastern Conference title game and eventually the BCS championship game. (AP Photo/Dave Martin, File)