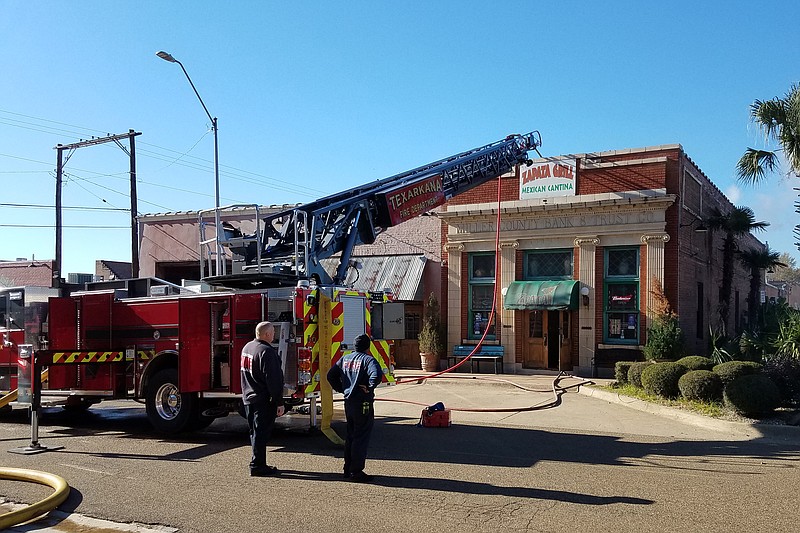 Texarkana, Arkansas, firefighters observe as others fight a fire on the roof of Zapata Grill at about 9:30 a.m. Tuesday downtown. Fire traveled up an exhaust vent into the building's ceiling. The fire was quickly contained and extinguished by firefighters from both sides of the state line, including some from Fire Station No. 1 in the Texarkana Municipal Building just across Walnut Street. (Staff photo by Karl Richter)