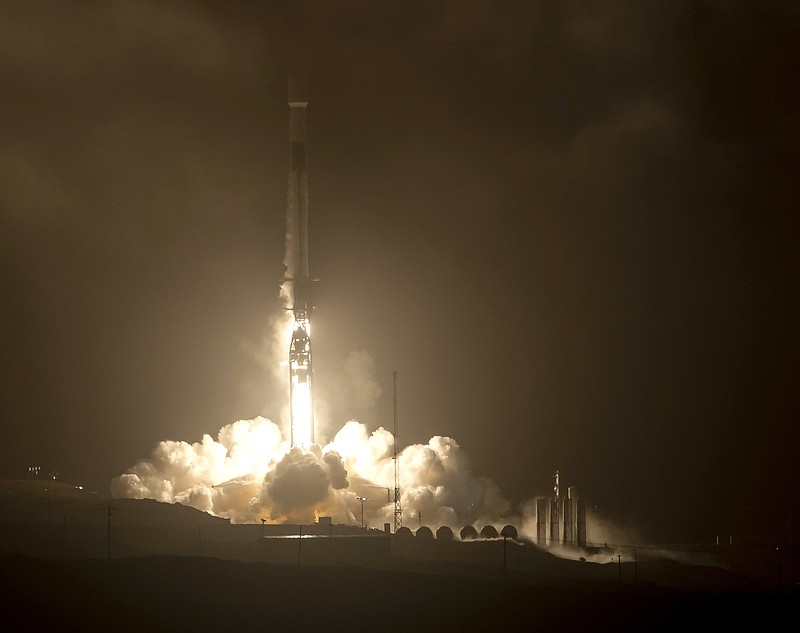 The SpaceX Falcon 9 rocket launches with the Double Asteroid Redirection Test, or DART, spacecraft onboard, Tuesday, Nov. 23, 2021, Pacific time (Nov. 24 Eastern time) from Space Launch Complex 4E, at Vandenberg Space Force Base in Calif. NASA launched the spacecraft on a mission to smash into an asteroid and test whether it would be possible to knock a speeding space rock off course if one were to threaten Earth. (Bill Ingalls/NASA via AP)