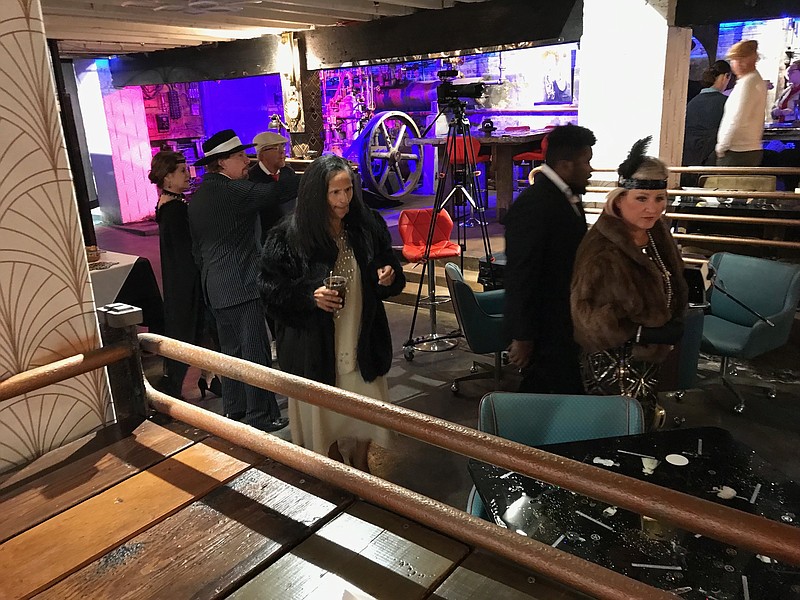 Joplin fans, as well as music lovers in general, collected Saturday evening inside downtown Texarkana's 1923 Banana Club, to listen to live music and sip "Peacherine Cocktails" (a drink named after one of Jolpin's songs) in honor of the great Ragtime musician and composer.

"At the time Scott was growing up, his dad wanted him to work as a railroad laborer because it was more practical and because railroad employment offered what was considered middle-class jobs for Black men at that time," she said. "But I'm sure thankful that his mom's musical influence and encouragement won him over. And I believe that many people, in many parts of the world today, are thankful for that as well."

Texarkana City Council Ward 1 Member Jean Matlock said that when it comes to music and piano playing, Scott Joplin has an appeal that is all his own.

"I'm not that big a fan of jazz music or Ragtime, but I sure a Scott Joplin fan," Matlock said.

Texas-side City Council Ward 2 Member Mary Hart said she's glad for whatever Scott Joplin did to influence other forms of music, such as gospel and the blues.

"I was raised here and I've always I loved hearing both woodwind and percussion instruments, but I've also like listening to people like Lena Horne, Ella Fitzgerald and Sarah Vaughan," Hart said.

Local resident Danny Hubbard said he also appreciates the musical influence Joplin's mom had on him.

"As a son, Scott Joplin became his best at what he did and it sure left an impact on the world, Hubbard said. "As long as people speak about him, his spirit will live on."