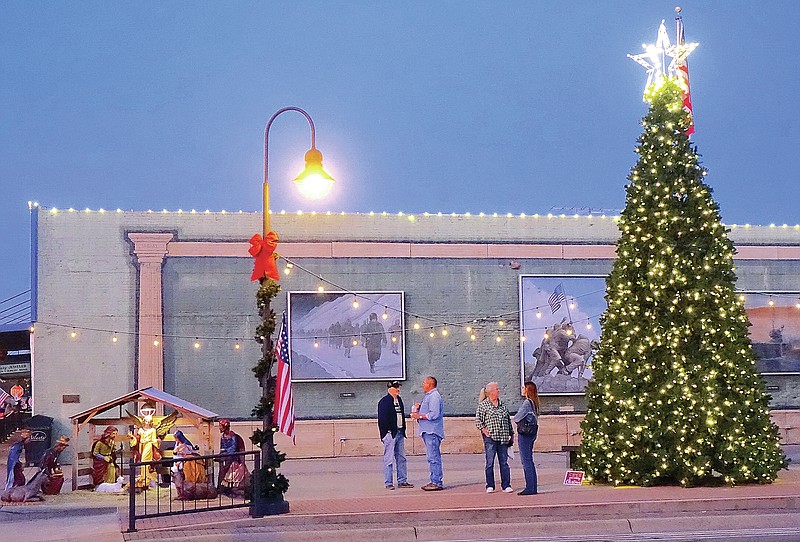 Atlanta's Christmas holiday highpoint will be its Veterans Memorial Plaza at the center of the town's annual Christmas Parade from 5:30 to 6 p.m. Saturday.

The tall Christmas tree and an artistic manger scene with its birth of a child seem appropriate for a memorial to veterans.

Three huge paintings of the military in action and one of Arlington Memorial Cemetery grace the walls. At the plaza's center, granite tablets filled with sobering statistics surround the base of the tall, lighted American flag.

With words and diagram, here's what those granite slabs tell.

Surrounding this focal point are benches and more than 1,100 brick pavers upon which are the names of citizens associated with and remembering those who served and died.

Flowers and trees abound in the area. The impact is one of consecration. Citizens do not mistreat this memorial.

The history of the plaza goes back to 1998 when the city wished to make a farmers' market out of Caboose Plaza or Cow Corner, and so asked the American Legion if it wished to move its memorial there to the corner location.

The move was decided upon in 1998 and rapidly accomplished in 1999. Post member Jay Ransom had sketched a design that was to be the memorial. In Ransom's idea, three tall black granite slabs would radiate from a centered flag pole which would be tall and brightly lighted.

The six sides of the stones would hold inscriptions. The first commemorative bricks were laid in February of that year.

Then, in 2002, the Atlanta Lions Club began discussing an idea for paintings as public art to enhance the memorial.

The city was approached and, using its downtown development money which was a sales tax to improve the downtown, the decision was made to have the art created by the late Brad Attaway, a muralist living in Linden and a 1973 Atlanta High graduate.

The paintings are 7 by 10 feet on canvas-covered plywood with aluminum frames. Attaway took about 22 months to paint and install the art, finishing up on Memorial Day in 2003.

Since then, the paintings have been taken down once to be refurbished and re-installed.

W.D. Lanier spent most of his years as a citizen in Cass County and was "a good citizen," his obituary read when he died at age 83. He joined the Confederacy at age 17, only to be captured at the Battle of Mansfield, Louisiana. He served as a Texas Legislator representing Cass County for four terms. His daughter Mattie Lanier married T.R. Richey.

T.R. Richey was a self-made man who led with a variety of business and social skills. He was president of 1st National Bank, president of the Chamber and Rotary, mayor and also he owned the Ford automotive dealership. He died at age 70.

Mozelle Smith was T.R. and Mattie Lanier's daughter, who championed each project improving Atlanta. She started the Women's Auxiliary of Atlanta Memorial Hospital, taught Sunday School at First Methodist and held many religious book reviews. The Mozelle Lanier Richey Community Center, dedicated in 2003, is named for her. 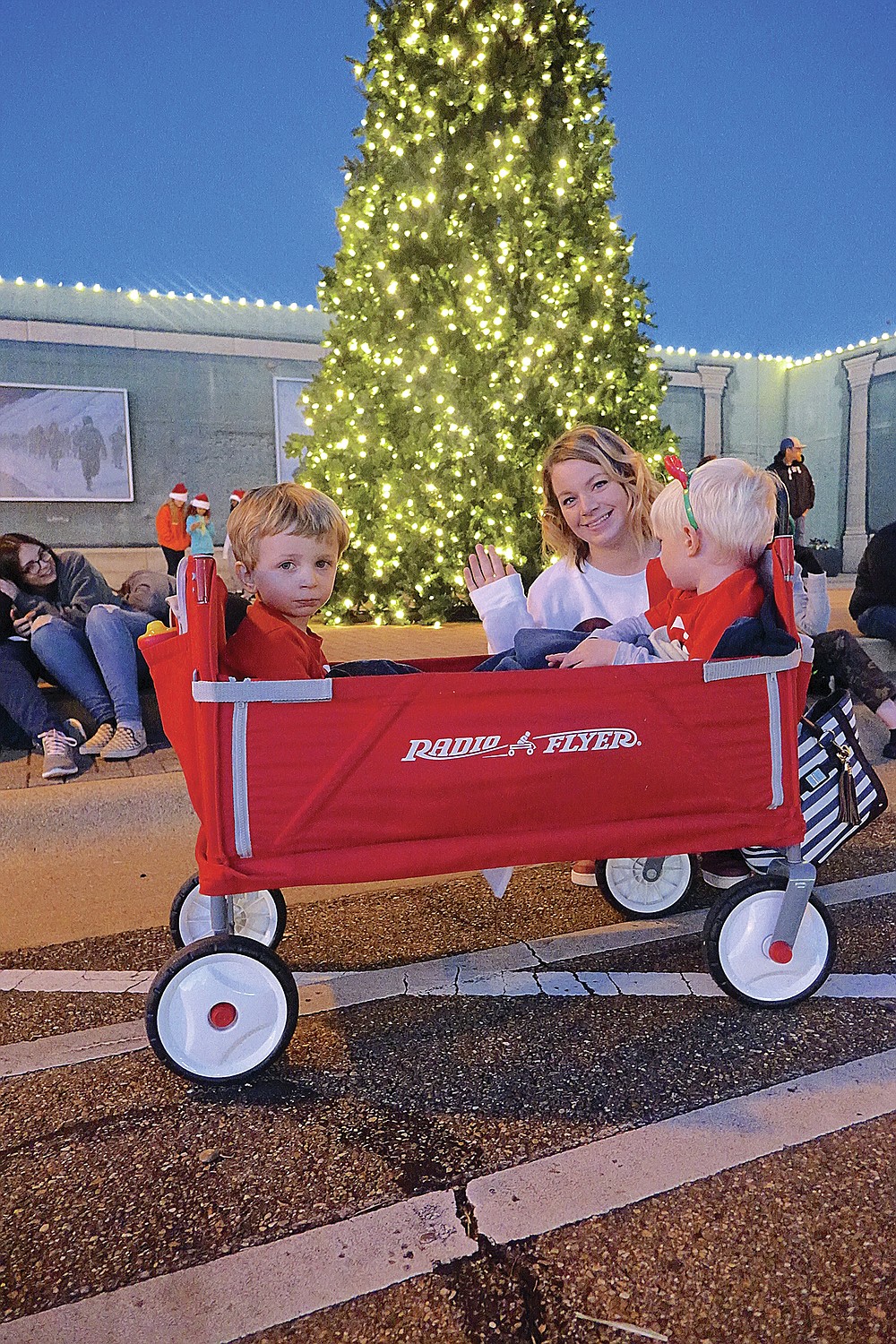 During last year’s Christmas parade in downtown Atlanta, Caitlyn Trim had just the right vehicle for her sons Cameron, left, and Cooper. The wagon was warm, and they could easily keep up with the parade.