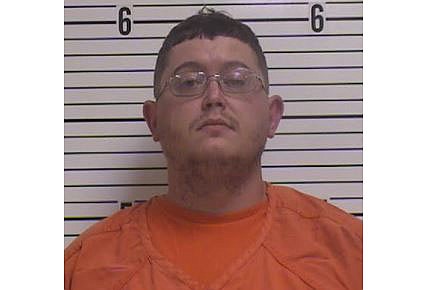 TEXARKANA, Ark. - A man facing a state charge of rape in Miller County circuit court has been indicted for production and possession of child pornography in federal court.

Michael Ray Beam, 30, was arrested in October 2020 by the Miller County Sheriff's Office for rape involving a 13-year-old girl. The case against Beam began with an investigation into online solicitation of a minor by police in Wake Village, Texas, according to a probable cause affidavit.

Beam allegedly threatened to kill the girl he met on social media if she "snitched" on him and threatened to stop giving her food and money if she didn't comply with his requests for sexually oriented photos and videos. The girl allegedly described being sexually assaulted by Beam at a location in Texarkana, Arkansas.

"(The alleged victim) mentioned in her interview that Mr. Beam said that he likes young girls and that she was the youngest he has had," the affidavit states.

Count four alleges that Beam possessed images of child pornography including some involving children under 12 in September 2020.

Beam's federal public defender waived the issue of detention at his arraignment hearing Tuesday. He is currently being held in the Miller County jail. If convicted of rape in Miller County, Beam faces 25 to 40 years or life in prison.

El Dorado, Greenwood set to collide for 6A state crown
by Tony Burns
Perseverance pays off for Strong in dramatic victory
by Jason Avery
CWD detected in south Arkansas; deer harvested at Felsenthal refuge
by Special to the News-Times
Strong rallies past Mountain Pine to win 2A 8-Man state title
by News-Times Staff
Burns the focus of opposing defenses
by Tony Burns
ADVERTISEMENT