Fried sharp, Braves blank Brewers 3-0 to tie NLDS at 1-all 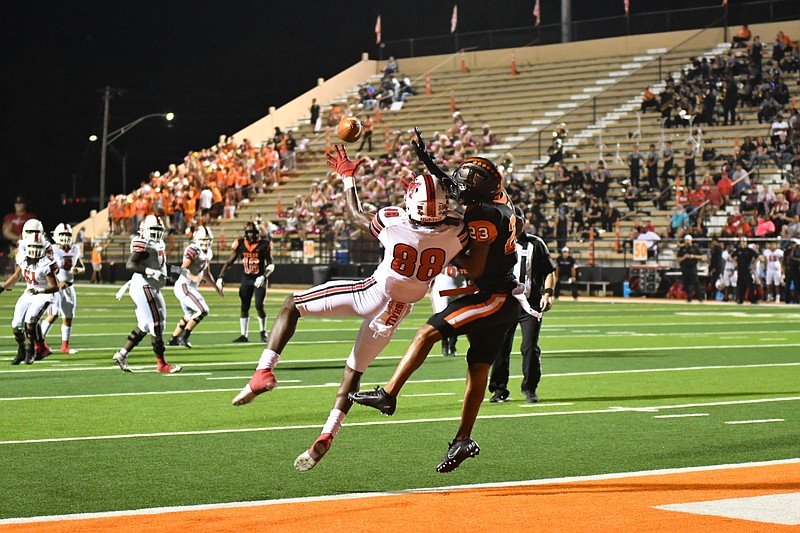 The Tigers came up with seven takeaways, compared to no turnovers by THS, during a 27-12 victory against Marshall Friday at Tiger Stadium in Grim Park.

Tyriq Robinson had two picks, for six on the season, and brought one back for a 66-yard pick-6 early in the fourth quarter.

"We played the game pretty close to the vest down the stretch, being smart with the football," Tiger head coach Gerry Stanford said. "The biggest thing was us not turning it over. We kicked field goals when we needed, punted when the time was right, and just played behind our defense; we knew coming in that was part of the game plan."

Austin Miller kicked his second field goal of the game in the third quarter for the Tigers, and Robinson returned his interception for a score with 9:03 left in the game. Jalen Jones, Michael Thomas and Darrin Finley also had interceptions, and Finley blocked a short field goal. Javarous Tyson and Jaden Kelly each had a fumble recovery.

The Tigers forced a 3-and-out on the game's opening drive, and THS methodically drove 52 yards on 10 plays. Miller booted a 30-yard field goal with 5:27 left in the first.

Texas High attempted an onsides kick on the ensuing kickoff, and after the Mavericks mishandled the ball, Jaden Kelly recovered the fumble for the Tigers.

Following a punt, Marshall moved the chains twice before Darrin Finley wrestled an interception away from a Maverick receiver to set up Texas High at the Mav 29. Stewart raced 29 yards on the next snap to score his touchdown, with 46 seconds left in the first.

"This was one more win," Stanford said. "We'll review it and look ahead. We've got four more to go (in the regular season) against some good teams in front of us."

Marshall got on the scoreboard with 8:19 left until halftime on Buck Buchanan's 28-yard field goal, and on the next Maverick drive, Olvera threw a 6-yard touchdown to Domar Roberson with 4:22 left.

The Tigers answered with a 10-play, 55-yard scoring campaign with McHenry keeping around the right end for an 8-yard TD with 19 ticks remaining to send Texas High into the locker rooms with a 17-10 advantage. 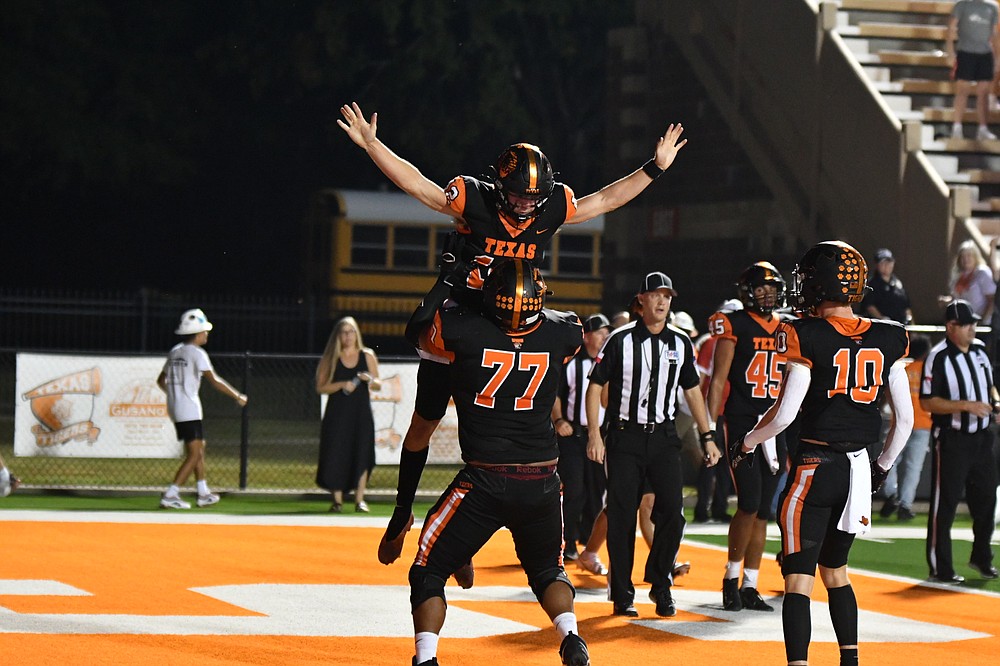