On the Fringe: Cantlay taking plenty of time to soak up 5 big weeks 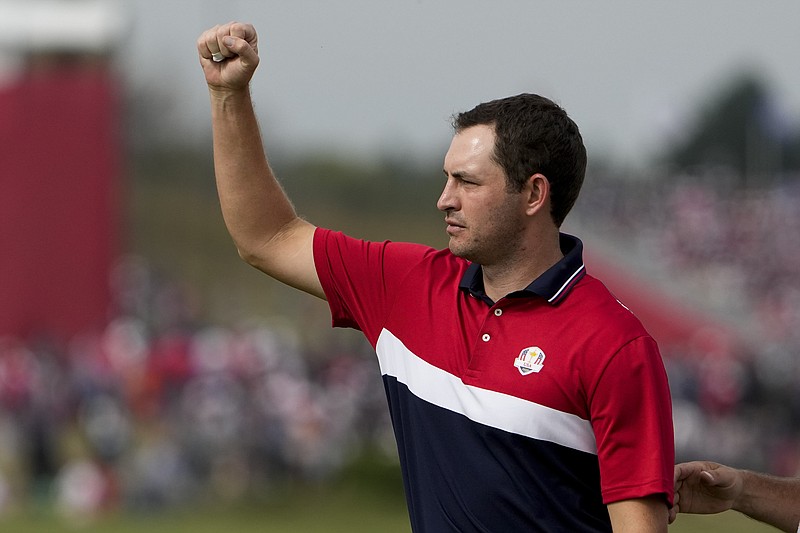 LAS VEGAS -- Patrick Cantlay had that magic wand of a putter in his hands on the 16th green at Whistling Straits without having to use it. Shane Lowry conceded the match, Cantlay handed the club to his caddie and before long he was celebrating a Ryder Cup victory.

Cantlay hasn't touched his clubs since then, and it might be another two weeks before he does.

Few other players are in need of one big exhale. Consider his five-week span to close out a season he won't soon forget.

Cantlay won the BMW Championship amid cheers of "Patty Ice" for making six clutch putts to stay alive and outlast Bryson DeChambeau at Caves Valley. He hit the most important 6-iron of his career on the final hole at East Lake to hold off Jon Rahm and win the $15 million prize as FedEx Cup champion.

He was voted PGA Tour player of the year. And then he was unbeaten in four matches in his Ryder Cup debut as the Americans won by a record margin.

"It's really nice to have some off time after a run like that. It gives you time to appreciated it," Cantlay said Monday from his home in South Florida, about the time players were arriving in windy Las Vegas for the CJ Cup.

"Upon reflection, I'm really proud of how I handled the pressure and the important golf," he said. "It was nice to have the Ryder Cup be at a time when your golf is peaking, or when you're most comfortable with golf. I could see where if you had insecurities, the Ryder Cup would magnify them."

There were no such insecurities, then or now.

The Shriners Children's Open in Las Vegas has been an annuity for Cantlay. He has made nearly $3 million from his four appearances at the TPC Summerlin -- a victory, two runner-up finishes and a tie for eighth (he played in the final group that time).

Instead, he was content to stay home and finish the first part of the Winston Churchill trilogy, "The Last Lion." He also went fishing with friends in the Atlantic Ocean. Cantlay would seem to be more skilled with a golf club in hand, but he can follow instruction.

"When you're out in the deep sea and you hand me a rod and tell me to start reeling, I can do that," he said.

The CJ Cup at the Summit this week has a $9.75 million purse and a 70-man field with no cut at a private club in Las Vegas. The field is so stacked that three players from the top 40 in the world ranking are on the alternate list.

Cantlay is content to keep regular sessions in the gym, relax and re-read "Meditations" by Marcus Aurelius.

In some respects, he is this generation's version of David Duval, who turned heads during his rise to No. 1 in the world when he mentioned his affinity for Ayn Rand.

Similarly, there is no discernible weakness in their games, no lack of confidence, very few outbursts of emotion.

"I will say David Duval and Cantlay have the same look on the golf course. They don't get too excited and they certainly don't get flustered," said Fred Couples, an assistant at the Ryder Cup who was assigned to Cantlay's pod.

Couples said two exceptions to the excitement level for Duval was when he shot 59 at PGA West and during his first Ryder Cup at Brookline. It was like that for Cantlay at Whistling Straits. The Ryder Cup can do that.

Cantlay, in so much control over everything when he plays, was more animated than ever with the fans at Whistling Straits, whether he was cupping his hand to his ear or raising his arms to inspire more noise.

That wasn't forced as much as it was engagement.

"It's so much easier to naturally respond that way," Cantlay said. "If it's an individual tournament, it would feel self-aggrandizing. In that team format, it feels normal. It seems helpful. With 10 other guys on the team, cheers are good."

Now it's back to individual golf, whenever that is.

He won't be defending his title next week in the Zozo Championship in Japan. Cantlay won last year when it was at Sherwood Country Club because of the pandemic. Now it's a one-week trip to Japan with COVID-19 restrictions said to be even tighter than they were at the Olympics.

He figures his next event might be the Hero World Challenge in the Bahamas in early December, and he's not even sure about that.

"This was a long year, and in golf you have to force yourself to take some time off," he said. "That time off can help you reset and refresh and be ready to play good."

Good golf comes and goes. Cantlay said one objective this year was to cash in when his game and his confidence was peaking.

"You have a sense of how confident you are in your game. That waxes and wanes, and it's true for anybody," he said. "I have noticed in professional golf the best players take advantage when they're in form. I told myself at the beginning of the year, 'When you get moments where you're in form, let's capitalize.'"

He did, especially at the end, particularly when it mattered.

And now it's time to rest. He earned that. 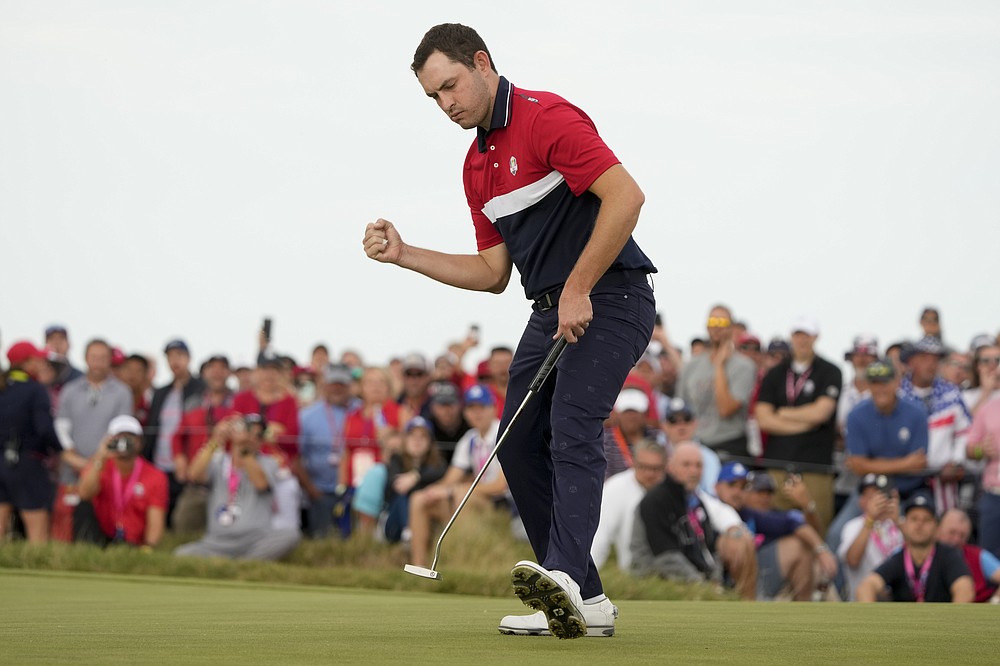 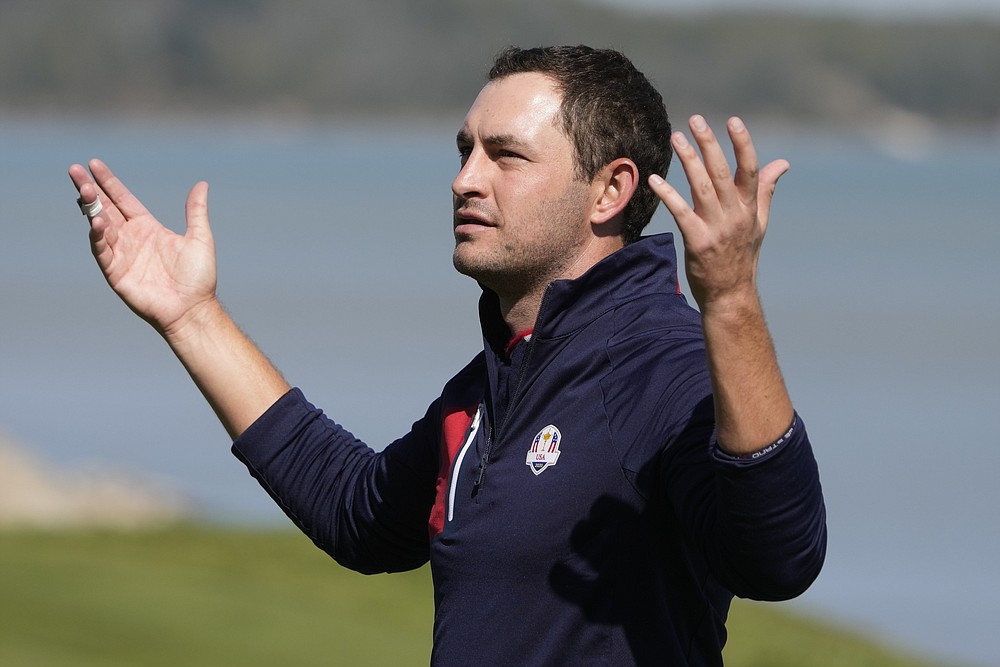 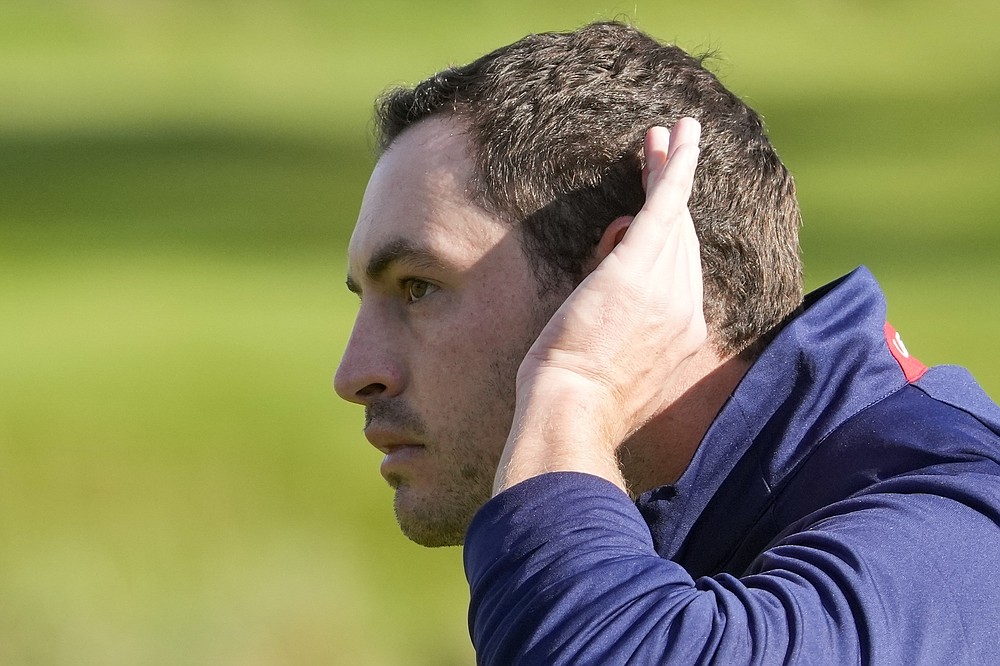 Team USA's Patrick Cantlay tries to get the crowd going on the ninth hole during a foursomes match the Ryder Cup at the Whistling Straits Golf Course Saturday, Sept. 25, 2021, in Sheboygan, Wis. (AP Photo/Charlie Neibergall) 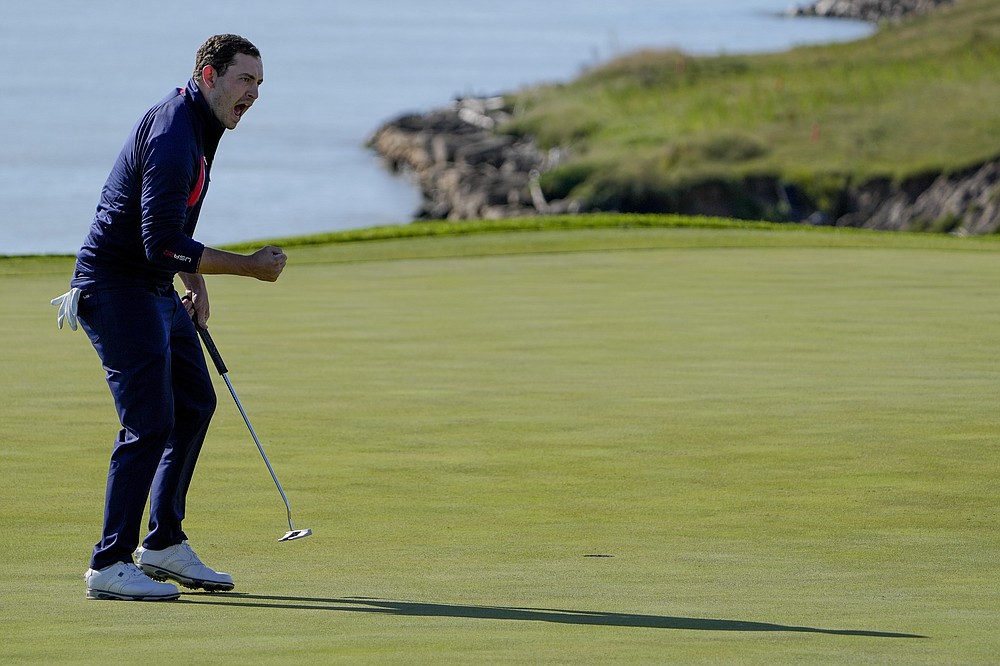 Print Headline: On the Fringe: Cantlay taking plenty of time to soak up 5 big weeks