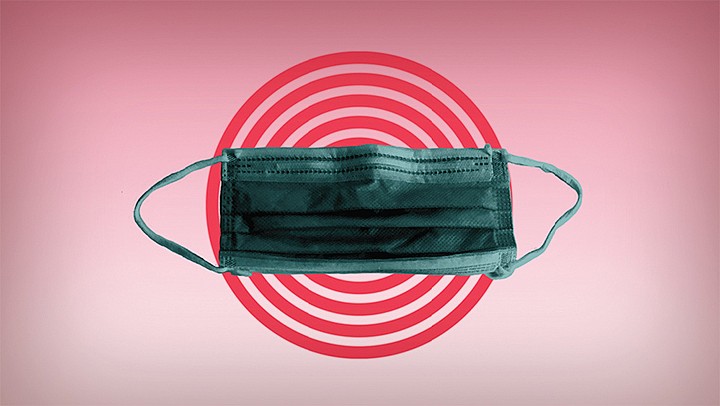 Paxton, a Republican, has sued at least 15 school districts across Texas, including Round Rock and Elgin, opening another front in his efforts to enforce a July 29 executive order by Republican Gov. Greg Abbott that barred cities, counties and school districts from requiring face coverings to minimize the spread of COVID-19.

In a motion filed a week ago with the 3rd Court of Appeals, the six school districts argued that Paxton's legal blitz is an improper end run around the Austin-based appeals court, where Paxton and the school districts are locked in a legal fight over mask mandates.

"The recent proliferation of litigation," the motion argued, shows that Paxton is trying to litigate the validity of Abbott's executive order, known as GA-38, "without giving this court an opportunity to rule on those very same issues."

The districts are seeking an anti-suit injunction forcing Paxton to halt ongoing lawsuits -- and temporarily prohibit him from suing additional school districts -- over mandatory masking.

"Like GA-38's prohibitions on mask requirements, the Attorney General lawsuits are not intended to help mitigate COVID-19's immeasurable threat to Texans' health or safety. They do not purport to mitigate the disaster or keep students or teachers safe," the motion said.

Instead, the districts argue, Abbott's order conflicts with guidance from the U.S. Centers for Disease Control and Prevention, which recommends that all students, teachers, school staff and campus visitors wear a mask indoors, regardless of vaccination status.

"Neither the (Texas Disaster Act) nor the Texas Constitution gives the Governor blanket authority to impose his political agenda on local governmental entities at the expense of public health and safety," the districts told the court.

In a response brief opposing the motion, Paxton argued that the school districts have it wrong.

Under emergency powers granted by the Texas Disaster Act, Abbott's pandemic-related executive orders have the force and effect of a state law, Paxton said, adding that he has a right to ask the courts to enforce the law.

Nor is there an active injunction in place that would block Abbott's ban on mask mandates, he added.

The six school districts seeking the injunction -- Austin, Houston, Dallas, Northside, Aldine and Spring -- were part of a larger group of districts that last month challenged Abbott's ban on mask mandates as unconstitutional.

Paxton also argued that Texas courts lack the authority to block members of the executive branch from filing lawsuits.

But even if courts could, he added, the districts turned to the wrong court for help. Only the Texas Supreme Court can issue an order blocking actions by executive branch officers, Paxton said.

The Round Rock school district also has a mask case pending at the 3rd Court of Appeals.

In response to a lawsuit filed by Paxton, a district judge issued a temporary restraining order last week that blocked the Round Rock district from enforcing its mask mandate.

The district appealed, arguing that the judge acted without holding a hearing and without informing the district before issuing the order. In response, the 3rd Court halted enforcement of the judge's restraining order while it considers Round Rock's appeal.

According to a list kept by Paxton's office, 85 school districts and seven public charter school systems require masks. An additional 30 districts have backed away from mandates, the list shows.