Spurs facing unknown with youth replacing its veteran past 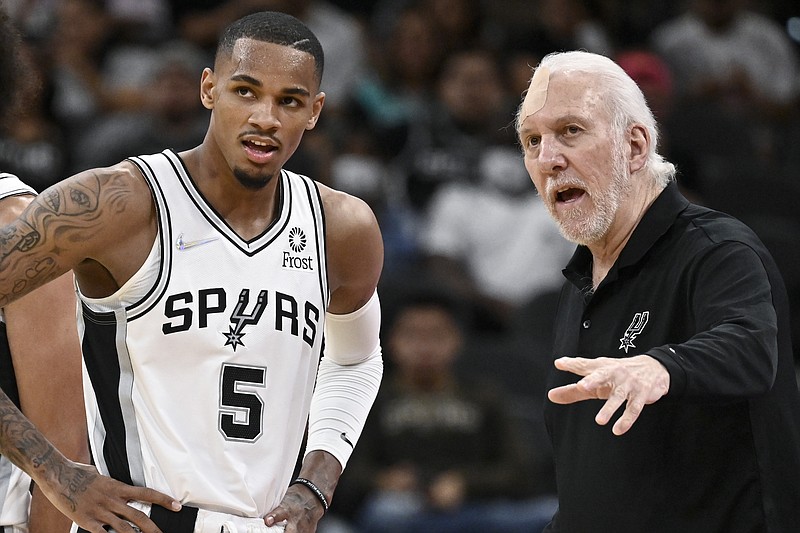 SAN ANTONIO -- The San Antonio Spurs are confronting basic questions they have not faced in decades.

Who is taking the last shot of the game in a critical situation? Which player will provide the team with leadership?

It's a dilemma Gregg Popovich has not had in 25 seasons while coaching players like David Robinson, Tim Duncan, Tony Parker, Manu Ginobili, Kawhi Leonard, LaMarcus Aldridge DeMar DeRozan with the Spurs.

All the uncertainty has the 72-year-old absolutely stoked.

"I have no idea who I'm going to give it to or what play we're going to run," Popovich said. "That's something we're going to figure out as we move along, and to me, that's exciting as hell."

San Antonio went all in on its youth movement this season, allowing DeRozan and veterans Patty Mills and Rudy Gay to leave through free agency. The franchise is now fully entrusted to 20-somethings like Dejounte Murray, Derrick White, Keldon Johnson, Lonnie Walker IV and Devin Vassell.

"We all love to be around each other on and off the court," Walker said. "There is a lot of opportunity on the court as teammates. We have a lot to prove."

At 25 and in his sixth season, Murray is the most tenured player on the roster. He has taken a leadership role since supplanting Parker as the team's starting point guard in 2017.

"Leading by example," Johnson said. "I feel like me, (Dejounte) and Derrick, we stay in the gym trying to perfect our craft. Everybody else does the same. That's all you can ask for. I feel like for such a young group, we've got a really strong bond."

The Spurs also return Jacob Poeltl and Drew Eubanks at center along with free-agent addition Jock Landale from Australia.

The Spurs brought back Bryn Forbes, who won a championship last season with the Milwaukee Bucks, and added Doug McDermott, Zach Collins, Thaddeus Young and Al-Farouq Aminu for 3-point shooting and a veteran presence.

Still, the Spurs are willing to let their youths run wild.

"I'm thrilled with this group," Popovich said. "They are basically young, energetic, have got a lot of speed. There is no need to pace yourself. Nobody is going to play 39 minutes a game, don't have to worry about stats or individual honors or anything like that. These guys are just going to have a ball playing. It's going to be simple, simple stuff at both ends of the court. We want a lot of activity and a lot of pace. Just play fast. Hopefully smart along with fast, but the pace should be really enjoyable to watch."

The Spurs open the season at home Oct. 20 against Orlando.

While the Spurs have fresh faces on the court, Popovich was ecstatic the franchise welcomed back a familiar one for the front office: Ginobili returned as a special adviser after retiring in 2017 following a 16-year career with the team. The 44-year-old will assist throughout the franchise.

Johnson has been proudly wearing the gold medal he won at the Tokyo Olympics as a member of the U.S. Men's National Team all summer. Johnson's teammates said they don't mind.

"I think I got a little part of that," Walker said. "I've been in the practice gym with him, I've been working out with him. I'll say I get at least .01% of that gold medal."

The Spurs waived former first-round pick Luka Samanic on Monday. Drafted 19th overall in 2019, Samanic spent two seasons moving between the team's G-League affiliate in Austin and the Spurs' bench. He appeared in 36 games, averaging 3.8 points and 2.2 rebounds in 9.9 minutes. 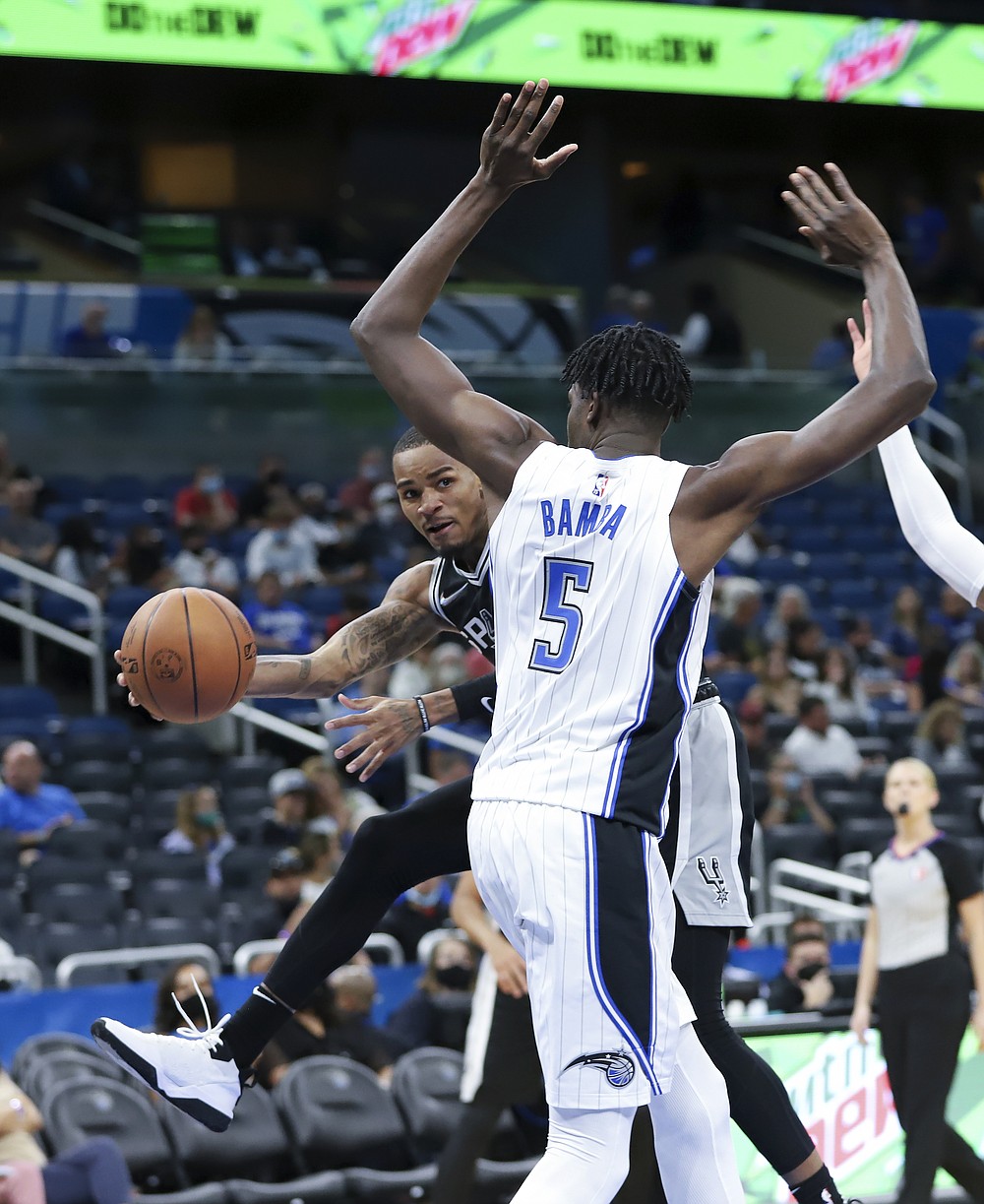 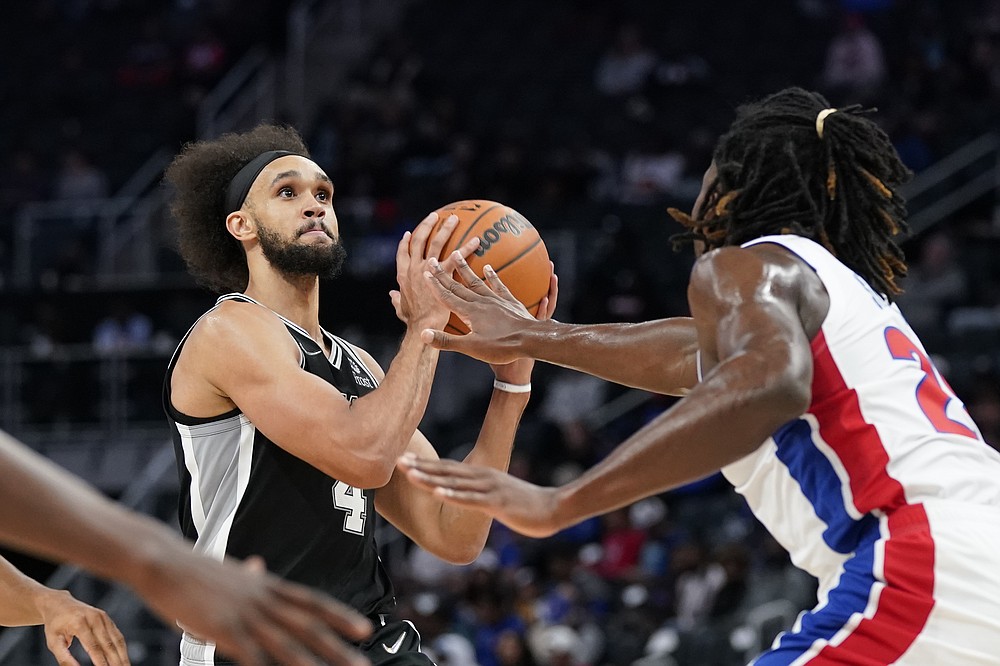 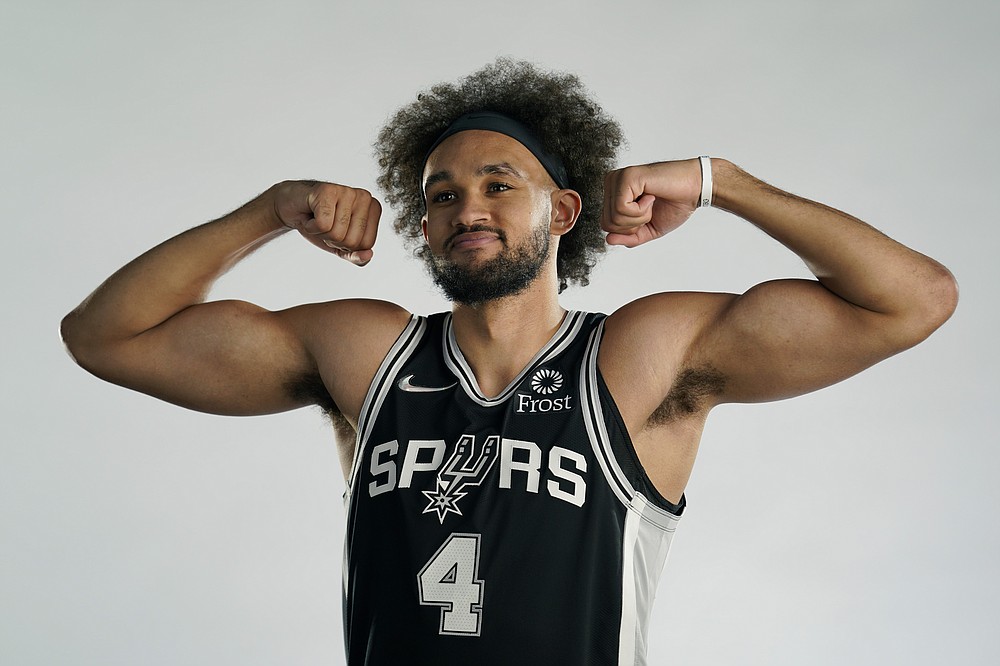