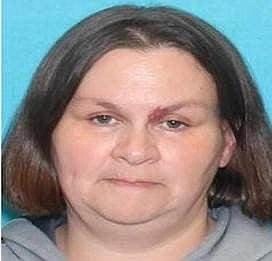 TEXARKANA, Texas -- Police have a felony warrant for a local woman suspected of stealing from an elderly victim.

Amanda Hughes is wanted for theft of property over $2,500, according to the Texarkana Texas Police Department.

A 71-year-old relative of Hughes' allegedly let Hughes use her credit card so her two young children would have food and clothes. However, police believe Hughes started using the card to make unauthorized ATM withdrawals for cash.

Detective Warren Smith has been able to confirm that Hughes allegedly made at least 12 separate withdrawals using the relative's card that totaled almost $4,500.

Smith managed to talk to Hughes on the phone during the investigation. However, after the warrant was issued, he has been unable to reach the suspect.