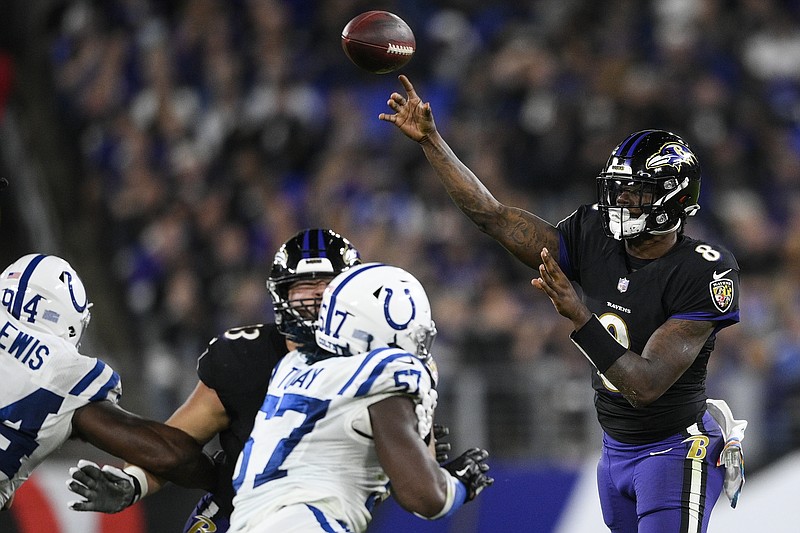 Baltimore Ravens quarterback Lamar Jackson (8) throws the ball during the second half of an NFL football game against the Indianapolis Colts, Monday, Oct. 11, 2021, in Baltimore. (AP Photo/Nick Wass)

From Lamar Jackson's improbable comeback that ended in an overtime win for Baltimore to the missed kick festival between Green Bay and Cincinnati, the NFL had several more games go down to the wire in Week 5.

Four more games were decided with a winning score in either the final minute of regulation or overtime. That raised the total this season to 19 games decided that late, the most through five weeks in NFL history.

There have been 21 games decided by three points or fewer this season, tied for the third most ever through five weeks.

For the third week this season, two games went into overtime, with it also happening in Weeks 1 and 4. The Ravens, Raiders, Titans and Bengals have all played two OT games so far, with only the Raiders coming out on top both times.

Perhaps no team has been hurt more by end of game theatrics than the Lions, who lost 21-19 to Minnesota on Sunday when Greg Joseph hit a 54-yard field goal with no time left. That came two weeks after Baltimore's Justin Tucker hit a record 66-yarder on the final play of another Detroit loss, 19-17.

The Lions are the first team in NFL history to lose two games in the same season on game-winning field goals of at least 50 yards with no time left on the clock.

The rest of the league seemed to struggle in the kicking game this past week, with kickers combining to miss a record 13 extra points and 14 field goals.

The problem was most stark in Cincinnati, where Green Bay's Mason Crosby and the Bengals' Evan McPherson combined to miss six kicks.

Crosby missed an extra point early and then field goals on three straight possessions late in the game, including two that would have ended the game, before winning it with a 49-yarder in overtime.

McPherson also missed one in the final minute of regulation and a potential game-winner in overtime.

The six missed kicks were the most in a game since Crosby missed five (four field goals and an extra point) and Matt Prater missed a field goal in a 31-23 Detroit victory over Green Bay on Oct. 7, 2018.

In between those two games, when Crosby combined for seven missed field goals, he missed just four in 51 games, including the playoffs.

The 27 combined missed kicks in the league were the most in a single week since Week 12 in 1987, when kickers missed 26 field goals and one extra point. The last time there were more than 27 in a week came in Week 14 in 1981, when there were nine missed extra points and 20 missed field goals.

Brady threw for 411 yards and five TDs in Tampa Bay's 45-17 win over Miami last week. That was Brady's ninth career game with at least five TD passes, tying Peyton Manning for second most to Drew Brees' 11 in NFL history.

Four of those games have come since Brady turned 40. The only other players 40 or older to do it even once are Brees at age 40 in 2019 against San Francisco and 40-year-old Warren Moon against the Raiders in 1997.

Sunday also marked the sixth time in 21 starts with Brady at quarterback that Tampa scored at least 44 points. The Bucs did that just five times in 692 regular-season games before Brady arrived last season.

Russell Wilson's streak of 149 straight starts will be snapped after he had surgery on his right middle finger.

Wilson's streak is the second-longest from the start of a career for any quarterback since the merger, trailing only Peyton Manning's 208, according to the Elias Sports Bureau.

Wilson will be replaced by Geno Smith, who also was the starter who in 2017 ended Eli Manning's streak of 210 straight starts for the Giants.

With Wilson sidelined, the longest active starting streak for a quarterback is 81 for Brady, who hasn't missed a game since his four-game suspension for Deflategate in 2016.

Derek Carr of the Raiders has the longest streak for a quarterback with one team at 64 straight starts. 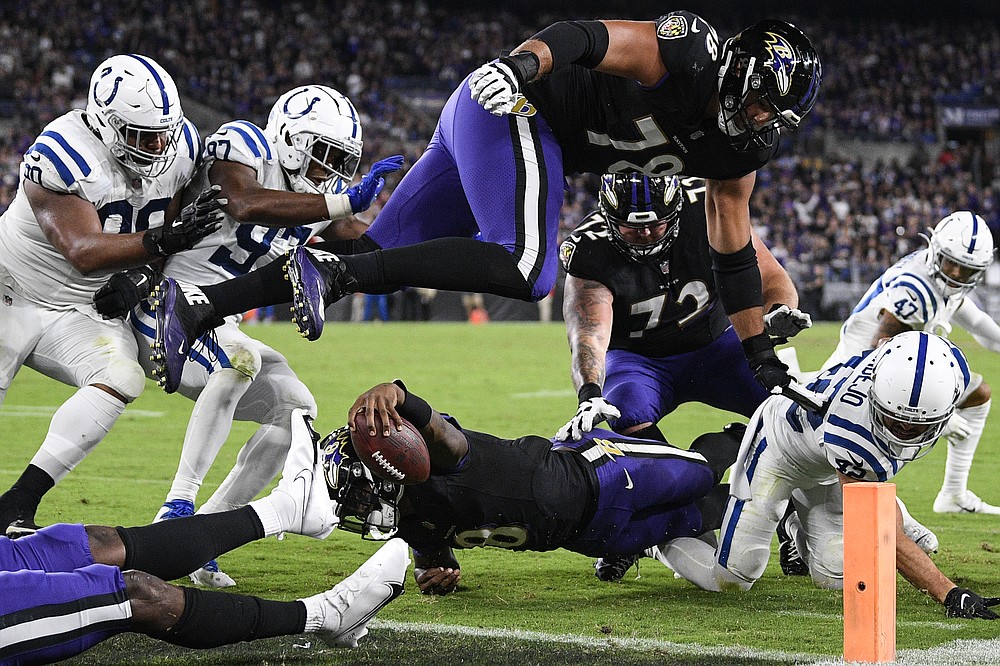 Baltimore Ravens quarterback Lamar Jackson (8) stretches for a failed attempt for a 2-point conversion during the second half of an NFL football game against the Indianapolis Colts, Monday, Oct. 11, 2021, in Baltimore. (AP Photo/Nick Wass) 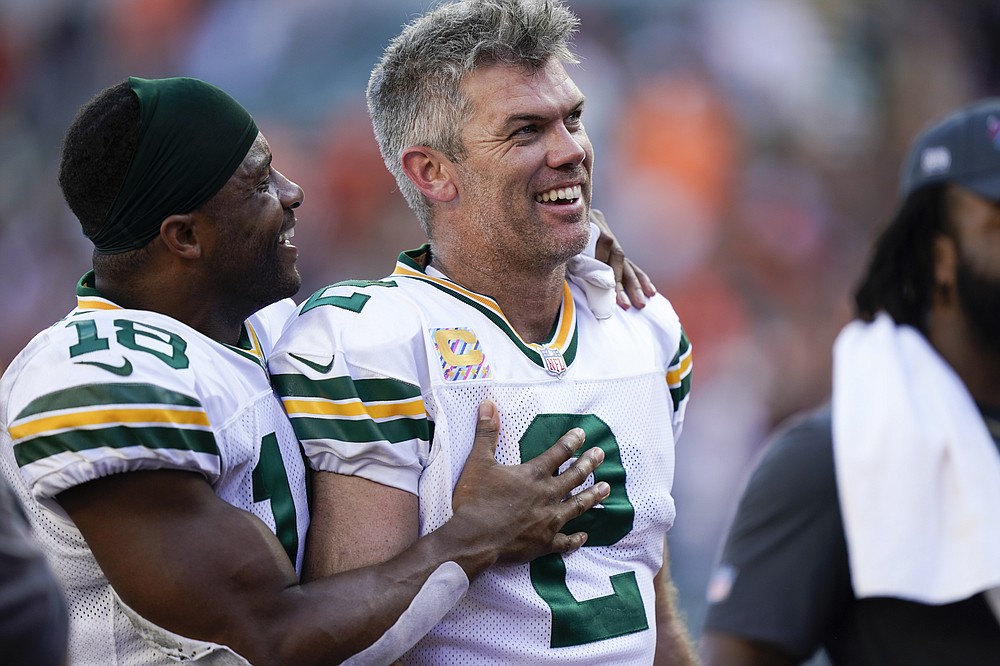