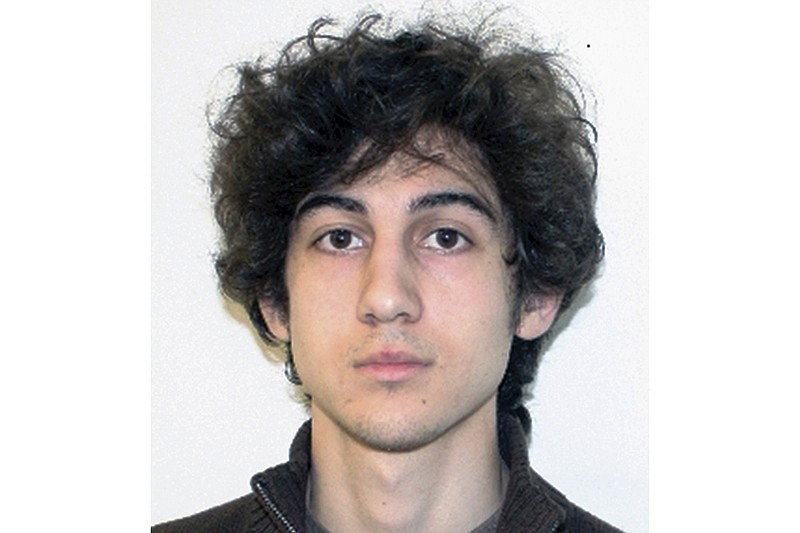 FILE - This file photo released April 19, 2013, by the Federal Bureau of Investigation shows Dzhokhar Tsarnaev, convicted for carrying out the April 15, 2013, Boston Marathon bombing attack that killed three people and injured more than 260. The Supreme Court sounded ready Wednesday to reinstate the death penalty for convicted Boston Marathon bomber Dzhokhar Tsarnaev. In more than 90 minutes of arguments, the court's six conservative justices seemed likely to embrace the Biden administration's argument that a federal appeals court mistakenly threw out Tsarnaev's death sentence for his role in the bombing that killed three people near the finish line of the marathon in 2013.(FBI via AP, File)

In more than 90 minutes of arguments, the court's six conservative justices seemed likely to embrace the Biden administration's argument that a federal appeals court mistakenly threw out Tsarnaev's death sentence for his role in the bombing that killed three people near the finish line of the marathon in 2013.

The 1st U.S. Circuit Court of Appeals in Boston ruled last year that the trial judge improperly excluded evidence that could have shown Tsarnaev was deeply influenced by his older brother, Tamerlan, and was somehow less responsible for the carnage. The appeals court also faulted the judge for not sufficiently questioning jurors about their exposure to extensive news coverage of the bombing.

The court's three liberal justices appeared more favorable to Tsarnaev. If the appellate ruling were affirmed, Tsarnaev would have to face a new sentencing trial if the administration decided to continue pressing for a death sentence.

Tsarnaev's guilt in the deaths of Lingzi Lu, a 23-year-old Boston University graduate student from China; Krystle Campbell, a 29-year-old restaurant manager from Medford, Massachusetts; and 8-year-old Martin Richard, of Boston, is not at issue, only whether he should be sentenced to life in prison or to death.

Justice Amy Coney Barrett was the only member of the court to raise the administration's pursuit of a capital sentence for Tsarnaev even as it has halted federal executions. President Joe Biden also has called for an end to the federal death penalty.

Barrett wondered about the "government's end game," noting that if the administration wins the case, Tsarnaev would be "living under a death sentence the government doesn't intend to carry out."

The main focus was on evidence that implicated Tamerlan Tsarnaev in a triple killing in the Boston suburb of Waltham on the 10th anniversary of the Sept. 11, 2001, terrorist attacks. The evidence bolstered the defense team theory that "Tamerlan influence Dzhokhar, Tamerlan indoctrinated Dzhokhar and Dzhokhar radicalized because of Tamerlan," lawyer Ginger Anders told the justices.

But the trial judge agreed with prosecutors that the evidence linking Tamerlan to the Waltham killings was unreliable, was irrelevant to Dzhokhar's participation in the marathon attack and would only confuse jurors.

Justice Elena Kagan said jurors should have been able to decide whether the evidence was reliable. "That's the role of the jury," Kagan said.

But Justice Brett Kavanaugh was among several conservative justices who suggested the judge had good reason to keep the account of the Waltham killings from the jury because both Tamerlan Tsarnaev and Ibragim Todashev, who implicated him, were dead by the time of the trial.

"We don't know what happened. Todashev had all the motive in the world to point the finger at the dead guy," Kavanaugh said.

Tamerlan Tsarnaev, 26, had been in a gunfight with police and was run over by his brother as he fled, hours before police captured a bloodied and wounded Dzhokhar Tsarnaev in the Boston suburb of Watertown.

Todashev was interviewed by investigators after the marathon attack. He told authorities that Tamerlan recruited him to rob the three men, and they bound the men with duct tape before Tamerlan slashed their throats to avoid leaving any witnesses.

In a bizarre twist, while Todashev was being questioned in Florida, he was shot dead after authorities say he attacked the agents. The agent who killed Todashev was cleared of any criminal wrongdoing.

Prosecutors deemed Todashev's statement reliable enough to ask for and get a search warrant for Tamerlan's car for blood, DNA and other evidence relevant to the triple murder.

If the statement sufficed for a search warrant, "isn't it enough to get into a death case?" Justice Stephen Breyer asked.

Justice Department lawyer Eric Feigin answered that different standards apply and that in asking for a search warrant, federal agents were not saying that every word of what Todashev said was true.

Feigin tried to point the court to Tsarnaev's admission of responsibility for the bombing and his deadly actions captured by cameras near the marathon finish line, including placing a backpack with a shrapnel bomb behind a group of children.

When jurors weighed that evidence and sentenced Tsarnaev to death, "the appeals court should have let that verdict stand," Feigin said.

Tsarnaev, now 28, was convicted of all 30 charges against him, including conspiracy and use of a weapon of mass destruction and the killing of Massachusetts Institute of Technology Police Officer Sean Collier during the Tsarnaev brothers' getaway attempt. The appeals court upheld all but a few of his convictions. 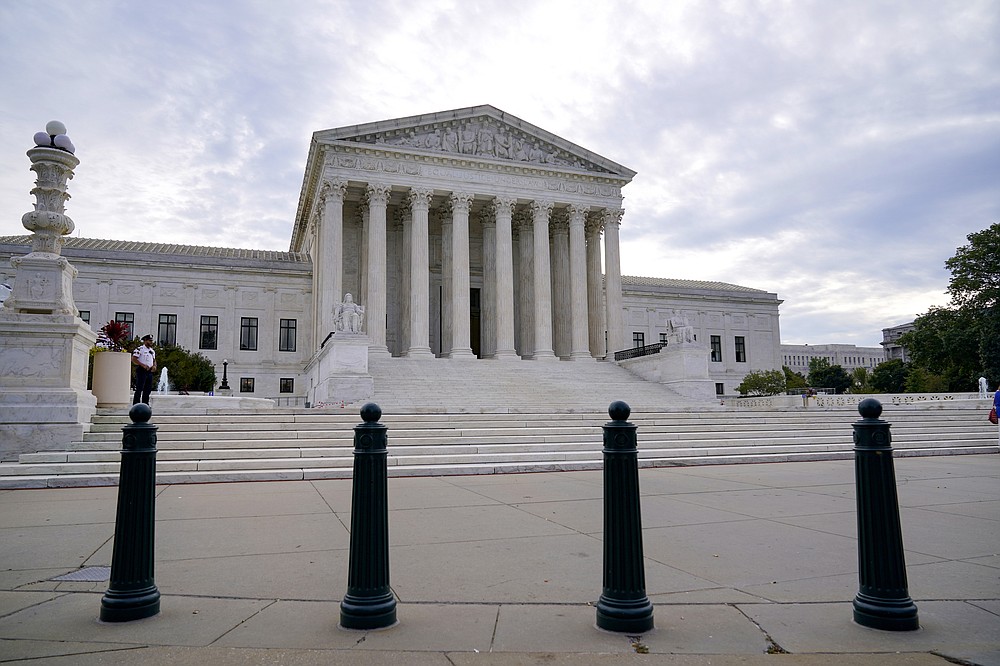 In this Oct. 4, 2021 photo, the Supreme Court is seen on the first day of the new term, in Washington. The Supreme Court sounded ready Wednesday to reinstate the death penalty for convicted Boston Marathon bomber Dzhokhar Tsarnaev. In more than 90 minutes of arguments, the court's six conservative justices seemed likely to embrace the Biden administration's argument that a federal appeals court mistakenly threw out Tsarnaev's death sentence for his role in the bombing that killed three people near the finish line of the marathon in 2013. (AP Photo/J. Scott Applewhite)