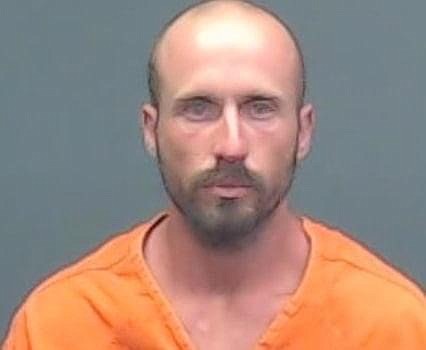 TEXARKANA, Texas -- A man has been arrested on a felony charge of fraudulent use of a credit card after allegedly using a California woman's credit card to purchase $45 worth of food from Sonic.

Tommy Hillis was arrested Monday after a woman in California called Sonic on North State Line Avenue and told them that someone had just used her credit card information at their business, according to the Texarkana Texas Police Department. The $45 order had been placed through the Sonic app, and a few minutes later, the business called 911 to say that someone was there to pick up the order.

Hillis never had the victim's card in his possession, but he allegedly knew the card's numbers.

Officer Colby Stratton arrested Hillis. His cell phone -- with the Sonic app and victim's credit card numbers still on it -- were seized and placed into evidence. He was booked into the Bi-State jails where a judge set his bond at $20,000.

TTPD say it is a good idea to have automatic notifications set up on credit and debit cards to let you know when they have been used. In this case, it meant the difference between an arrest being made or the highly unlikely chances of police ever finding out who used the card.