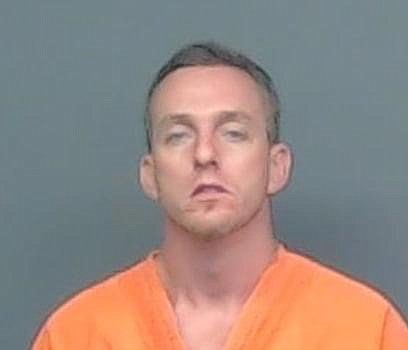 TEXARKANA, Texas -- A man has been arrested on a charge of unauthorized use of a vehicle for an incident that involved crashing a stolen truck into a storage shed

The truck was stolen last Wednesday afternoon and then crashed into a shed a few minutes later right after Sgt. Cody Harris spotted it on Texas Boulevard, according to Texarkana, Texas, police.

Richard Williams, 36, has been arrested in connection with that crime and booked into the Bi-State jail. He was also arrested on charges of evading arrest with previous convictions, as well as for an outstanding parole violation warrant.

Harris was able to identify Williams with some help from people in the neighborhood who shared his pictures from their security cameras as he ran away. His initial bond was set at $40,000.

About 1 a.m. Oct.7, Officer Dewey Fleming noticed a white Lexus sitting on the parking lot of a business on South Lake Drive and realized that it was the same car that had been called in earlier in the shift as a suspicious vehicle. That call was right around the corner from where the truck had been stolen the day before.

When Fleming found the Lexus, the windows were down and the engine running, but no one was around it. He discovered that the license plates on it had been swapped out and the car had been reported stolen from the Arkansas side of the city. He found several items belonging to Williams -- including his cell phone -- in the passenger seat and then confirmed that it was him on the store's video surveillance video. Based on this information, Detective Alan Bailey got the warrant for Williams.

Police located Williams at a hotel on Cowhorn Creek Loop with yet another stolen vehicle. Knowing Williams past history of fleeing, several officers were near the location. Williams was sitting in a Ford F-150 in the parking lot and took off running the second he saw an officer pull into the parking lot. However, he didn't get too far and was arrested, police say. The truck he was in had been stolen in Bowie County earlier in the day.

Since his arrest, Bailey has continued to investigate Williams as the suspect in vehicle thefts in the area and has been able to get warrants for unauthorized use of a vehicle in two more cases .