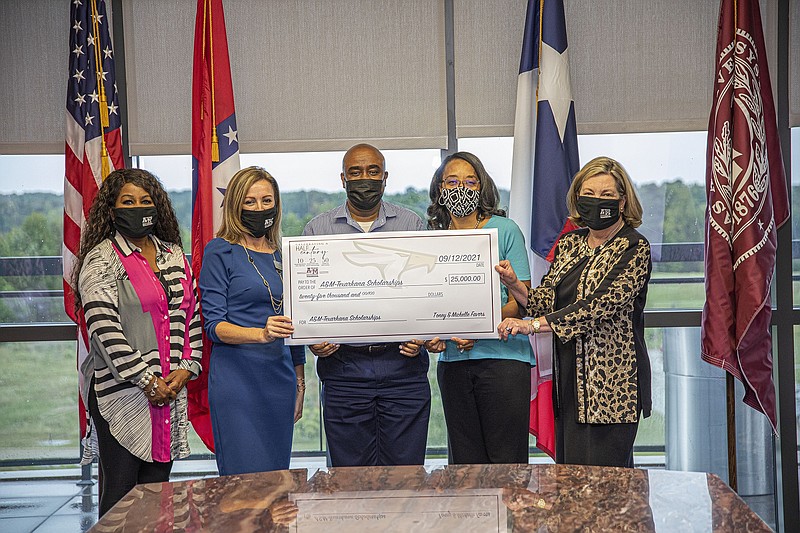 TEXARKANA, Texas -- Texas A&M University-Texarkana received a $25,000 donation from Toney and Michelle Favors of Texarkana, who are both graduates of the university.

Toney is also a longtime employee A&M-Texarkana, where he currently serves as the assistant vice-president of Admissions and Recruiting. The donation will be used to establish the Michelle and Toney Favors Endowed Scholarship.

Together for 30 years and married for 26, Toney and Michelle originally met at a class at Texarkana College but didn't begin dating until they crossed paths again at a class at what was then East Texas State University-Texarkana.

"Toney is a people person with a heart for giving," Michelle said. "He was that way when I met him and he's never changed."

"We've been very blessed to have had this university in our lives," Toney said. "It's been very good to us, and it was important to both of us that we find a way to give back. Establishing this scholarship will allow us to help future students at Texas A&M University-Texarkana. It's part of our legacy and we are thrilled to be able to do this for the place that has meant so much to both of us."

"They genuinely want the best for our students," she said. "This donation from Michelle and Toney speaks volumes about their commitment to education and to helping the students of Texas A&M University- Texarkana."