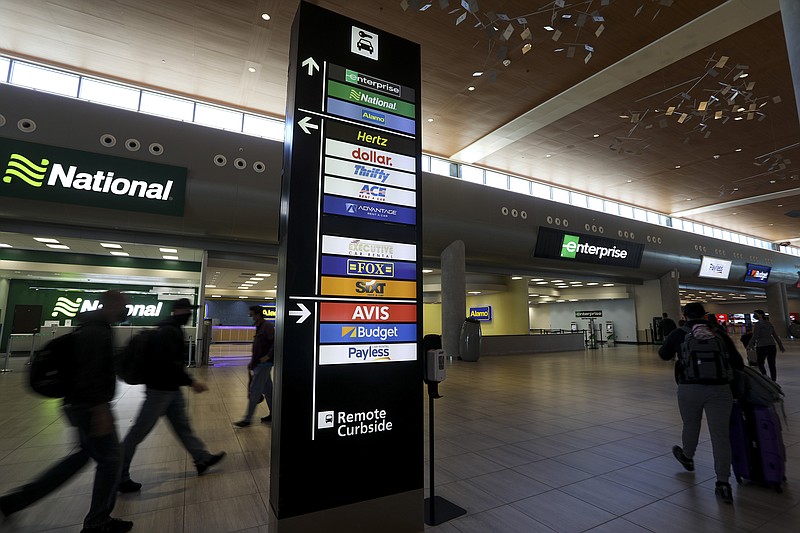 Travelers walk inside Tampa International Airport's Rental Car Center in Tampa, Florida, on March 19, 2021. Some travel industry analysts say that the car rental crisis of the past few months has come to an end. (Ivy Ceballo/Tampa Bay Times/Zuma Press/TNS)

Car rental agencies were caught out this year, as spring and summer travel sprang back suddenly in response to rising COVID-19 vaccination rates and caused a surge in demand that companies couldn't meet, having sold off large portions of their fleets when the pandemic hit. This, of course, drove rental prices sky high, especially in destinations where travelers were flocking en masse, such as Hawaii.

While some forecasts have suggested that this so-called carpocalypse will continue to plague the industry throughout the 2021 holiday season and possibly beyond, research conducted by the founder of bargain airfare website Scott's Cheap Flights, Scott Keyes, suggests otherwise. He says that the car rental crisis has come to an end already.

Keyes said that while prepandemic travelers would typically worry about airfare costs, this summer saw his company sending its members a record number of cheap-flight alerts, while the cost of renting a vehicle became a serious concern. He reported that, at one point, the cheapest car rental available on Maui was $650 per day -- that's more than $4,000 for one week.

Keyes said that, as peak travel season has ended and kids have gone back to school, that crazy degree of demand has calmed down, and that car rental companies have been restocking their fleets these past months, so that rental prices are normalizing again. Based on a Sept. 28 search he conducted for car rentals for a sample Oct. 23-30 trip, Keyes reported the lowest available daily rates in several cities.

He noted that rates for the Thanksgiving period were similarly low, though prices were two to three times higher for dates surrounding the Christmas and New Year's holidays, which has always been the case.

Hotels are seeing some lower prices of late. Based on STR data for U.S. Hotel Occupancy and Average Daily Rate, Keyes reported that hotel-room prices have largely recovered from the lows reached in 2020 and occupancy rates are again close to what they were prepandemic. But, that's an observation based on national averages. Overall, hotels across the country are still less full than they were in 2019, leading to lowered pricing in some places.

The destinations that currently offer the best value for your dollar, because they've seen the largest drops in average daily rates compared to 2019, are:

• Chicago, Minneapolis and Seattle, where prices have fallen by 10% or more.

In contrast, the destination with the highest average daily rate increase is Miami, where the average daily rate is currently $172 -- almost 20% higher than prepandemic prices. Florida's removal of all COVID-19 restrictions, including mask-wearing, this summer attracted a record number of domestic tourists.