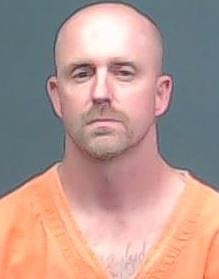 TEXARKANA, Texas --A man with a history of drunk driving who allegedly caused a crash in March has been indicted by a Bowie County grand jury for intoxication assault and felony DWI.

David Russell Howard, 41, was allegedly driving the wrong way on a one-way street when he struck a vehicle occupied by a mother and her children, according to a probable cause affidavit.

Howard was allegedly traveling in a red Ford F-150 in the wrong direction in the 1200 block of West Seventh Street when he crashed into a white GMC Yukon shortly before 6 p.m. March 31, according to a probable cause affidavit.

Howard and the driver of the Yukon both complained of injuries and both had to be cut from their vehicles. Howard was allegedly unable to tell a Texarkana Texas Police Department officer what happened. The 24-year-old driver of the Yukon reported that Howard was driving the wrong way and wrecked into her car "as she topped the hill."

The Yukon's driver, her five children and Howard were taken to local hospitals for treatment.

Officers who responded to the crash scene allegedly smelled a strong odor of alcohol coming from Howard.

Howard's blood was analyzed at the Texas Department of Public Safety's crime lab in Tyler, Texas. A report allegedly showed Howard's blood alcohol level was .232. Drivers are considered impaired and in violation of the law with a level of .08.

The Yukon's driver suffered a broken right wrist and broken right ankle. She reported that she has undergone three surgeries on her ankle and is expected to begin physical therapy. An 8-year-old passenger in the Yukon reportedly suffered a contusion to her forehead and a 7-year-old required eight stitches to his right foot following the crash.

Howard was indicted Thursday for intoxication assault, three counts of aggravated assault and felony DWI. Howard allegedly has at least two prior convictions for driving while intoxicated. A third DWI conviction is a felony under Texas law.

Howard is being held in the Bowie County jail with bail set at $70,000.