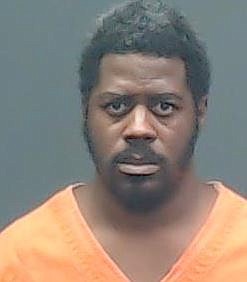 TEXARKANA, Texas -- A man indicted last week for aggravated assault with a deadly weapon allegedly recorded himself committing the crime.

Janarieo Devonne Dillihunt, 34, was allegedly streaming live on Facebook before noon Nov. 18, 2020, as he drove from Texarkana to a residence on Park Street in Nash, Texas, according to a probable cause affidavit. In the recording, Dillihunt allegedly passes businesses on New Boston Road in a black sedan with a sun roof.

According to the affidavit, witnesses told officers that Dillihunt came to the house "against their request" and entered through the garage. Dillihunt allegedly got into a verbal confrontation in the house with another man and they were asked to "take it outside."

A woman tried to diffuse the situation outdoors and went back in the house after her efforts failed. At that time a gunshot was allegedly heard.

The video was later removed from the social media site.

The man who had argued with Dillihunt suffered a gunshot wound to the abdomen which went through his body. The bullet was collected from a garage wall.

Dillihunt was indicted last week for aggravated assault with a deadly weapon. If convicted, he faces two to 20 years in prison.

Dillihunt is currently being held in the Bowie County jail with bail set at $250,000.

The case is assigned to 5th District Judge Bill Miller.