Mary Choate, a former Texas sheriff, has since retired as has the presiding Judge Kirk Johnson by Lynn LaRowe | October 21, 2021 at 10:00 p.m. 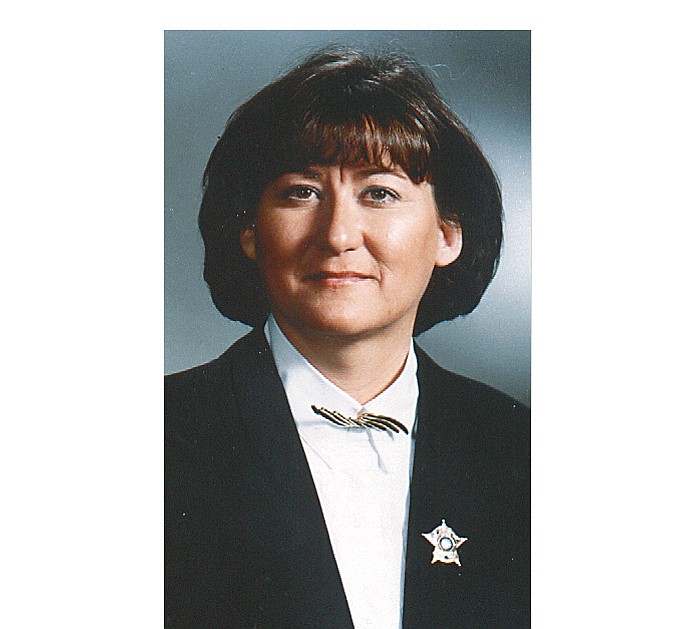 LITTLE ROCK, Arkansas -- The Arkansas Court of Appeals has overturned a 2019 order from a Miller County circuit judge assessing the former chief of Miller County Detention Center a fine and jail time for contempt of court.

Mary Choate was hired as a consultant by County Judge Cathy Hardin Harrison in January 2019 and was made administrator of the detention center in May 2019. A verbal confrontation Aug. 21, 2019, in a second-floor hallway of the Miller County courthouse between Choate and a former juvenile detention center administrator was at the center of contempt findings by Circuit Judge Kirk Johnson in two juvenile court cases on Sept. 5, 2019, and Oct. 30, 2019.

Johnson found Choate should serve 30 days in the county jail with 20 days suspended and pay a $500 fine. At a hearing Sept. 5, 2019, Johnson issued a restraining order barring Choate from being within 1,000 feet of the detention center.

Choate's lawyer, Jason Owens of Conway, Arkansas, could not be reached for comment Thursday.

Former Administrator Tyna Nix was summoned to court Aug. 21, 2019, by Johnson to give testimony in two hearings concerning the early release of two juvenile detainees. Nix reported to the court that Choate had told her the day before not to attend. Nix was instructed by Johnson's assistant to disregard Choate's directive and obey the court's summons. Choate confronted Nix in the second-floor hallway of the Miller County Courthouse in full view of court security staff and other members of the public shortly before the hearings began Aug. 21, 2019, according to the opinion.

Johnson's order describes Choate's alleged conduct in the courthouse as intimidating and humiliating, expresses concern that future misconduct and retaliation may occur and accuses Choate of creating a "toxic work environment" at the juvenile facility.

Choate did not serve time or pay a fine because of her pending appeal of the orders.

The Arkansas Court of Appeals opinion issued Wednesday concludes that Johnson's order for jail time and a fine should be dismissed.

According to the opinion, Choate noticed upon being hired at the JDC that some employees would "disappear" from the facility during the workday. Nix was one of those employees and when asked by Choate about it, Nix explained her absence from the facility as being present in juvenile court and stated, "that for 20 years a representative of JDC was in court in case the judge had any questions."

At that time Choate told Nix to stop attending court. On the morning of Aug. 21, 2019, Johnson's court coordinator contacted Nix and informed her that the judge wanted her in court. While waiting outside court Aug. 21, 2019, Choate approached Nix.

The appellate opinion describes the verbal interaction between Choate and Nix as brief though conspicuous. On appeal, Choate argued that she had no knowledge that Nix had been ordered by the judge to appear in court.

"The evidence further demonstrates that Choate did not learn that Nix had been personally summoned by the court's assistant on Aug. 21 (2019) until halfway through the 20-second exchange that took place between Nix and Choate outside the courtroom," the opinion states. "Again, this information came from Nix -- Choate's employee -- not the court."

While Choate allegedly told Nix, "You need to leave," during the verbal exchange, Nix did not leave and testified in the two juvenile hearings.

"Even viewing this evidence in the light most favorable to the state, we hold that the Aug. 20 and Aug. 21 (2019) conversations between Nix and Choate cannot be construed as notice to her of a definite court order. Accordingly, we hold that there is a lack of substantial evidence supporting the finding that Choate willfully disobeyed or resisted an order or process of the court," the opinion states. "In conclusion, we do not condone Choate's behavior toward her employee, Nix. At best it was unprofessional, and by multiple accounts, it was aggressive, harsh and confrontational."

The higher court's ruling states that Choate's behavior "simply does not rise to the level of indirect criminal contempt of court."

That finding led the appellate court to reverse and dismiss Johnson's order of Oct. 30, 2019.

The higher court declined to issue an opinion concerning the order from Johnson issued in September 2019 banning Choate from the detention center premises, noting that it lacked jurisdiction because an appeal of that order wasn't filed in time.

According to officials in Miller County, Choate officially resigned her position Jan. 1 of this year. Choate received paid leave from the time of the Sept. 5, 2019, order until May 2020 when the Miller County Quorum Court voted to suspend her without pay.

Choate officially resigned from the position Jan. 1 of this year, according to county officials.

Choate made history in Bowie County, Texas, as the first woman elected as sheriff in 1988. She served as Bowie County sheriff from 1989 to the end of 2000.