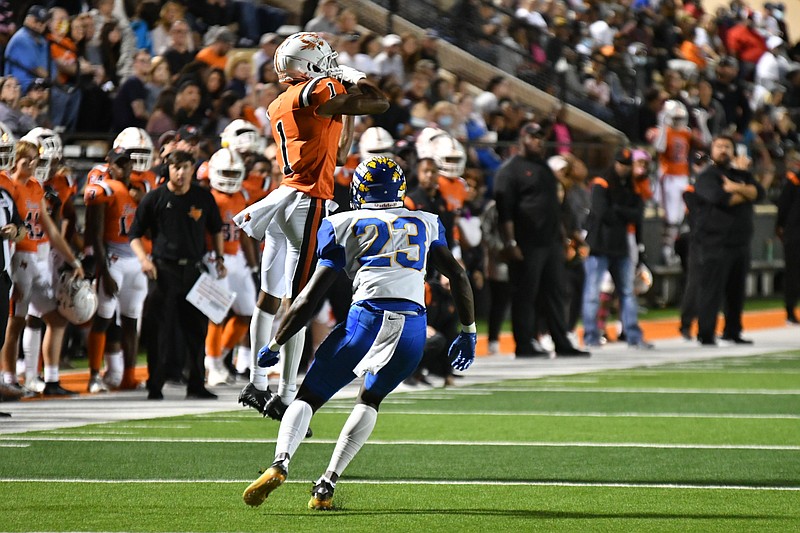 TEXARKANA, Texas -- Texas High piled it on Jacksonville in the second half on Senior Night.

Ahead by two scores at halftime, the Tigers scored 21 unanswered points and extended their district win streak to 15 straight with a convincing 42-9 victory Friday at Tiger Stadium in Grim Park.

On their third drive of the second half, the Tigers (7-0, 5-0) started at the Jacksonville 35. It took four plays for Texas High go get a first-and-goal, but two snaps later Indian defensive back Tony Penson made a diving interception in the end zone for a touchback, thwarting the scoring opportunity for THS.

That was the last time Texas High would be denied.

Following the interception, Texas High forced a 3-and-out by Jacksonville (1-7, 1-4), and the snap on the punt was mishandled. The Tigers tackled the punter at the 1 to give the offense the shortest field possible.

Braylon Stewart bulled his way in for his second TD with 2:41 left in the third, and just two plays into the ensuing Jacksonville drive, linebacker Javarous Tyson intercepted a pass and returned it 30 yards for a Pick-6 to make it 35-9 with 1:47 left in the third.

QB Brayson McHenry ran for a 10-yard score with 8:07 left in the game.

Stewart got the Tigers on the scoreboard first, racing 10 yards to paydirt with 5:42 left in the first quarter.

On the next Texas High possession, Blake Rogers caught a 3-yard score from McHenry to put the Tigers up 14-0, with Austin Miller's PAT, at 2:52.

Jacksonville put together its only scoring drive, capped by Derrion Hinton's 1-yard plunge with only 21 seconds remaining in the first.

T.J. Gray hauled in a 28-yard strike from McHenry with 8:48 left in the first half to regain a 14-point lead for the Tigers, and THS went into the locker room ahead 21-7 at intermission. 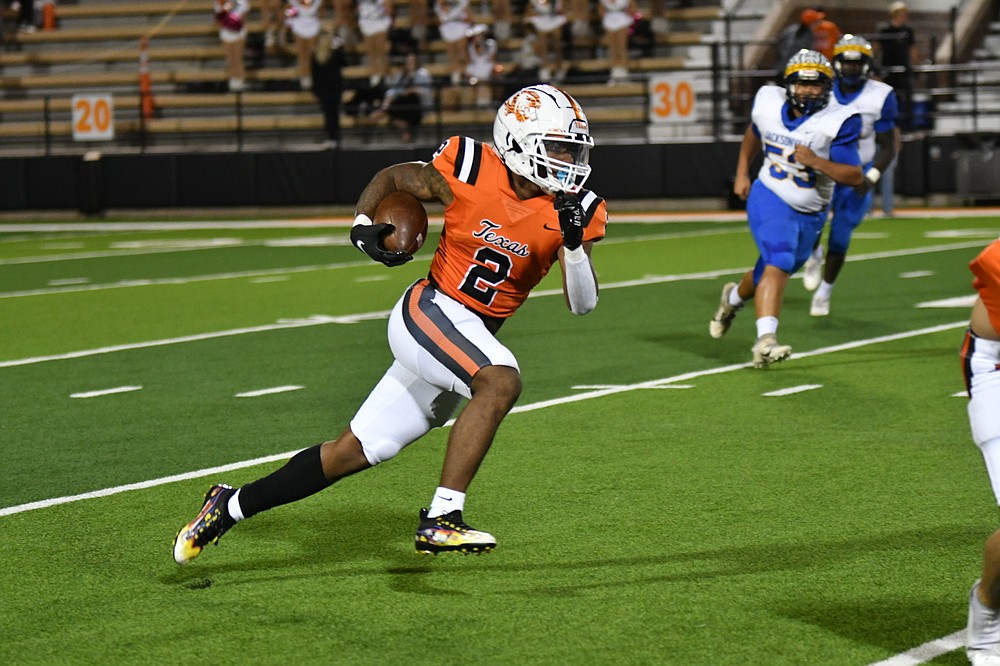 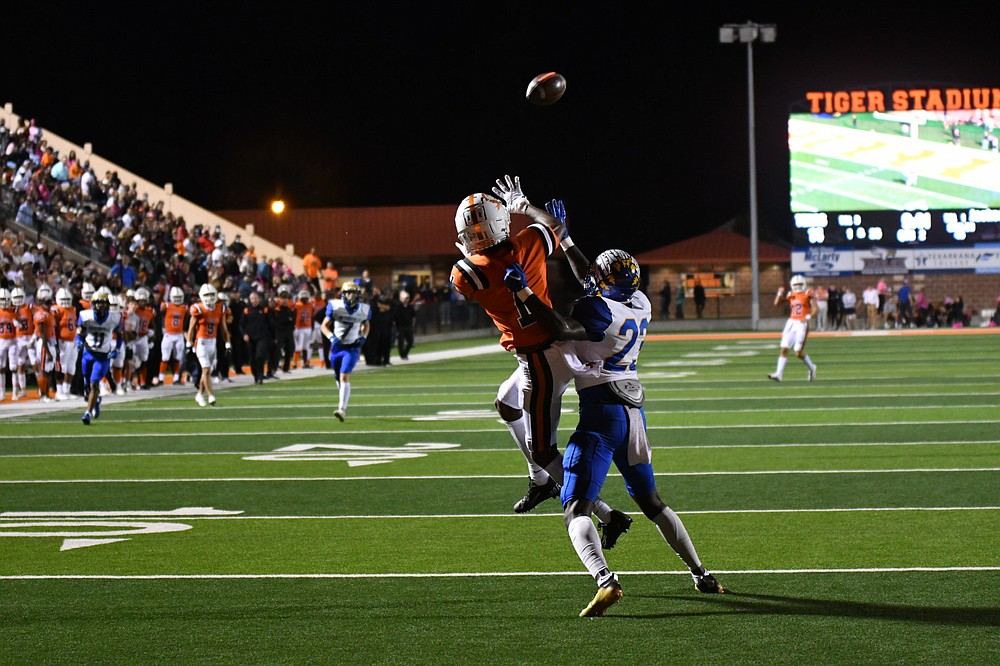