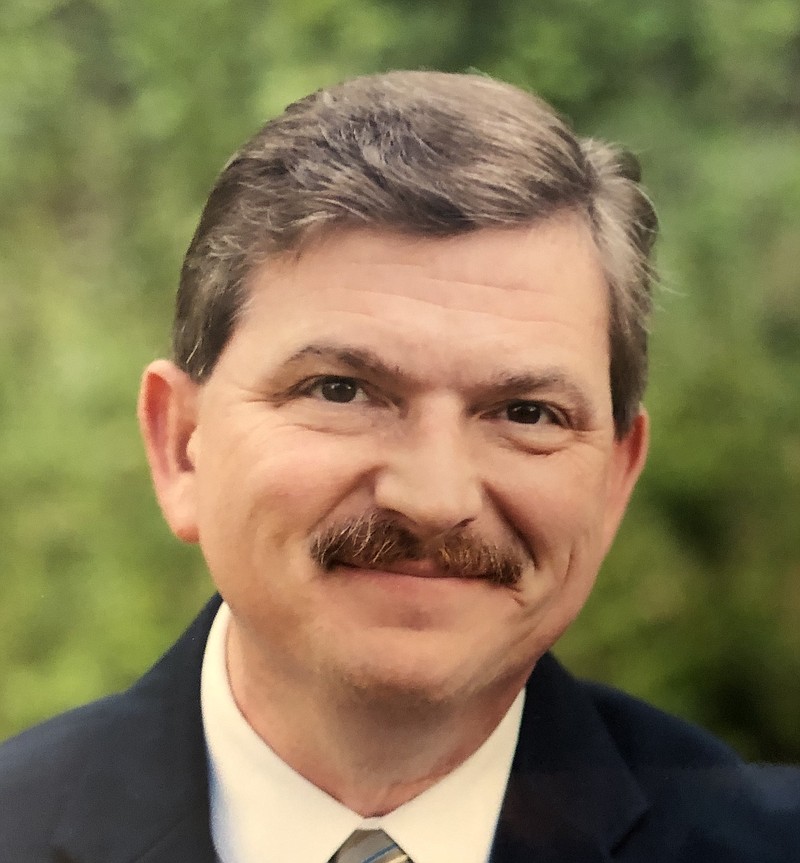 Before the realization of Eisenhower's dream of The Interstate Highway System, America traveled the back roads. State highways, county roads, and main streets were the way to get where you were going.

And during the formative years of many of today's Americans, trips and roadways were lined with cleverly-styled and memorable advertising.

The roads of mid-20th Century America were filled with creative and appealing pitches, which were a far sight better than the paid-and-staid exit signs we pass today on our way to a meal and a break.

One of the most memorable products was Burma-Shave, a brushless shaving cream that was advertised primarily through roadside signs that were posted in series, with each one being a line from a rhyme.

When he went wooly

The chick he wed

Let out a whoop

Felt his chin and

The company even held contests where anyone could be paid if they wrote a rhyme the company used.

The rhymes were ubiquitous between the 30s and early to mid 1960s and were wildly successful. The idea came about in the 1920s and reportedly cost a couple of hundred dollars to implement. By the 1960s, sales peaked at over $3 million.

Not bad for a $200 initial investment.

Today, excellent roadside advertising has been replaced by unlit corporate logos stuck on poles at interstate exits, promoting companies such as McDonald's, Jack in the Box, and Cracker Barrel.

A few decades ago, the majority of restaurants, diners, coffee shops, and gas stations were locally owned. Families, including the initial owners of Burma-Shave, worked hard to make their businesses successful.

A great degree of their success could be attributed to their catchy slogans and business names glowing under neon lights, which helped attract the number of customers needed to make them a living.

Advertising became a game. The wilder and wackier, the better.

On Route 66, motor inns were often themed. You might see individual rooms in the shape of teepees; or a Sinclair gas station with a giant dinosaur.

That's what made being a kid and going on a road trip fun at the time. Often, we didn't have air conditioning, so we'd ride along with air blowing in our faces. We'd also have the aromas the area offered, including burgers, BBQ, and bread.

Between the neon signs, the rhymes, and the anticipation of eventually arriving at our destination, the road was great and a fun place to be.

Even the simplest of neon signs, including "Vacancy / No Vacancy," "We're Open," "Eat Here," and others, took a lot of work to build and light up.

Coincidentally, it was across the street from the first house I bought where life began for many of the neon signs that, for decades, had helped the City of Texarkana glow and grow.

Yep. I lived directly across from an old neon sign factory.

My house was on East 6th Street on the Arkansas side of Texarkana. And, ironically, it was just one street over from a state highway that was lined with motor inns, coffee houses, diners, and tourist traps – many of which had included neon signs.

It was the early '80s, and on warm summer evenings, I'd sit on the front porch sipping a glass of sweet tea and take in the long-since-closed factory.

To look at the scene in total, it appeared as if the employees had projects they'd been working on; they went home one day, and just never came back.

And where they'd left off included many unfinished projects, piles of old signs, stacks of glass tubing, and 55-gallon drums of who knows what.

I never minded the view, but my neighbors did. They complained to the city a lot, but thankfully the police never came and removed anything. At least not while I still lived there.

This was the first time I'd had the chance to see how something like a neon sign was put together. (Of course, I only viewed it from the safety of my front porch. To go up close and look through things would have been wrong and against the law.)

Today, we can watch Mike Rowe do a TV episode about how something comes together, but back then, we had to either wonder, or buy a house across the street from a closed neon sign factory.

But living across the street from that place was great. There was just enough left of it to see the process they'd used to build and assemble neon signs -- large and small.

The goal of advertising was and still is how to be as creative as possible. Creativity, neon, and wording -- that is still what catches the eye.

In my opinion, the middle of the last century was the pinnacle for great outdoor advertising. And across from my house sat a production plant for what had helped many an area family find their way to success.

In some cities and businesses, neon is making a comeback. I hope it catches on. I'd love to see it light up the next generation's lives.

Burma-Shave is gone now, but if it ever returns, I've written a set of signs for them.

They leave them wooly 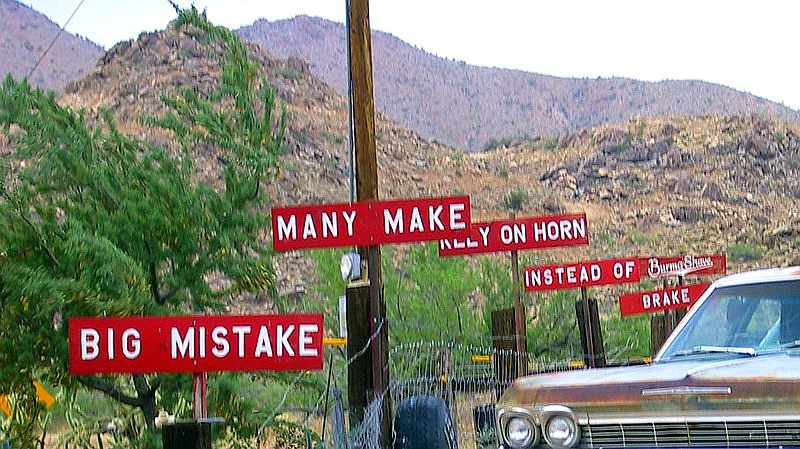 Series of Burma Shave signs along Route 66 in Hackberry, Arizona. It was part of an extensive roadside campaign to sell shaving cream. (Photo by Ken Koehler, now in public domain courtesy of its creator.)