EXPLAINER: What's a 'wealth tax' and how would it work? 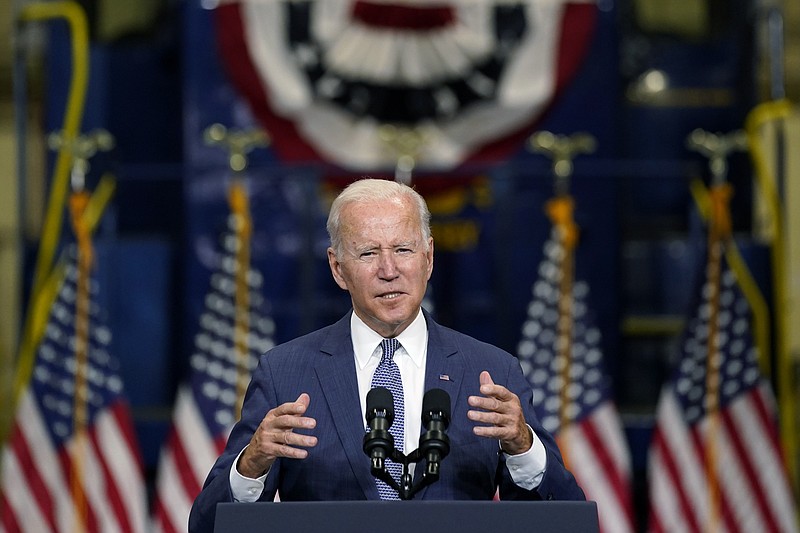 To help pay for his big economic and social agenda, President Joe Biden is looking to go where the big money is: billionaires.

Biden never endorsed an outright "wealth tax" when campaigning last year. But his more conventional proposed rate hikes on the income of large corporations and the wealthiest Americans have hit a roadblock.

That leaves a special tax on the assets, not the income, of billionaires being proposed by a Senate Democrat as a possible vehicle to help pay for child care, universal pre-kindergarten, child tax credits, family leave and environmental initiatives.

Biden has vowed that his programs will not add a penny to the deficit, which means selling to Congress and voters a tax on the wealthiest .0005% of Americans. Some details on the proposed billionaires tax:

HOW WOULD IT WORK?

Essentially, billionaires earn the bulk of their money off their wealth. This might be from the stock market. It could include, once sold, beachfront mansions or the ownership of rare art and antiquities. A triceratops skeleton.

This new tax would apply solely to people with at least $1 billion in assets or $100 million in income for three straight years. These standards mean that just 700 taxpayers would face the additional tax on increases to their wealth, according to a description obtained by The Associated Press of the proposal of Senate Finance Committee Chairman Ron Wyden of Oregon.

On tradeable items such as stocks, billionaires would still pay a tax even if they held on to the asset. They would be taxed on any increases in value and take deductions on losses. Under current law, those assets get taxed only when they're sold.

HOW MUCH MONEY WOULD IT RAISE?

House Speaker Nancy Pelosi estimated Sunday on CNN that the tax would raise $200 billion to $250 billion. This is a meaningful sum, but it's well shy of the nearly $2 trillion in proposed additional spending over 10 years being negotiated right now. This means that additional levies such as the global minimum tax and increased enforcement dollars for the IRS would still be needed to help close the gap.

And the forecasts for revenue from the wealth tax are highly debatable.

"It's just impossible to implement," said Allison Schrager, a senior fellow at the conservative Manhattan Institute. "There's a lot of evidence that these things don't work, and I've never heard an explanation of how this could be workable."

WHY WOULD BIDEN GO THIS ROUTE?

The president would rather raise corporate tax rates and rates on wealthy individuals. That was his initial proposal, but he's got to appease West Virginia Sen. Joe Manchin and Arizona Sen. Kyrsten Sinema. Those are the two make-or-break Democratic votes in the evenly split Senate.

Sinema objected to higher rates, which brought the wealth tax into play as an alternative.

The idea gained steam after the publication of French economist Thomas Piketty's book "Capital in the Twenty-First Century." Massachusetts Sen. Elizabeth Warren made a 2% wealth tax a trademark policy in the 2020 Democratic presidential primaries, and fellow candidate Bernie Sanders, the senator from Vermont, proposed his own wealth tax.

Biden never jumped on that bandwagon. But he did make higher taxes on the wealthy a key promise, saying no one earning less than $400,000 would pay more.

ARE BILLIONAIRES THAT RICH?

There is a legitimate debate about the optimal forms of taxation. Is it better for the economy for the wealthy to keep their assets invested in new businesses? Or, is it better for some of their money to go to the government to help fund programs like child care, universal pre-K and shifts to renewable energy?

What is clear is that the wealthy do have money to tax, should the government wish to do it.

America's billionaires have seen their collected wealth surge 70% since the start of the pandemic to over $5 trillion, according to an analysis by the pro-wealth-tax Americans for Tax Fairness and the Institute for Policy Studies Program on Inequality. That gain from March 18, 2020, to this past month is equal in size to Biden's spending plans over 10 years.

"Right now, billionaires are not paying a dime in taxes on their fabulous income gains from their stock holdings during the pandemic," said Frank Clemente, executive director of Americans for Tax Fairness. "The billionaires income tax would tax the increase in the value of those assets each year just like workers' wages are taxed."

There were 614 U.S. billionaires at the start of the pandemic, a total that has now grown to 745.

Part of what makes the coronavirus unique is that many poorer Americans also became wealthier, but they did so at a much slower pace than billionaires.

Federal Reserve data indicate that the net worth of the bottom 90% of Americans -- a group that includes the middle class -- rose by roughly 22%. For many Americans, the wealth increase reflected a rising stock market, higher home values and unprecedented government aid in the form of direct checks and forgivable payroll loans to small businesses.

They can hire armadas of lawyers, accountants and others to minimize their tax burdens. The news outlet ProPublica revealed various tax shelters with IRS data earlier this year, and the recent Pandora Papers showed there is a global industry to shelter the assets of the politically powerful and extremely wealthy.

The ProPublica investigation showed that Warren Buffett paid an average rate of 19%. Amazon founder Jeff Bezos paid 23%, while Tesla's Elon Musk was at roughly 30%. The top tax rate on income earned from labor is 37%, but the tax on capital gains is a lower 20% and that favors those with extreme wealth. The lower capital gains rate can also encourage more investment in new companies that help the economy grow.

A White House analysis in September indicated the country's 400 wealthiest families paid an average federal income tax rate of 8.2% between 2010 and 2018. The administration's fundamental message is that a rate this low is unfair because middle class families often pay a greater share of their income in taxes.

The bottom-line question for Democratic lawmakers is how to close or at least narrow the escape hatches for those with extreme wealth. It could require calculations such as the "deferral recapture amount" and other technicalities that are likely to baffle most of America. But the writing of the tax law and its enforcement will determine just how successful a wealth tax would be -- and perhaps the fate of Biden's big agenda as well. 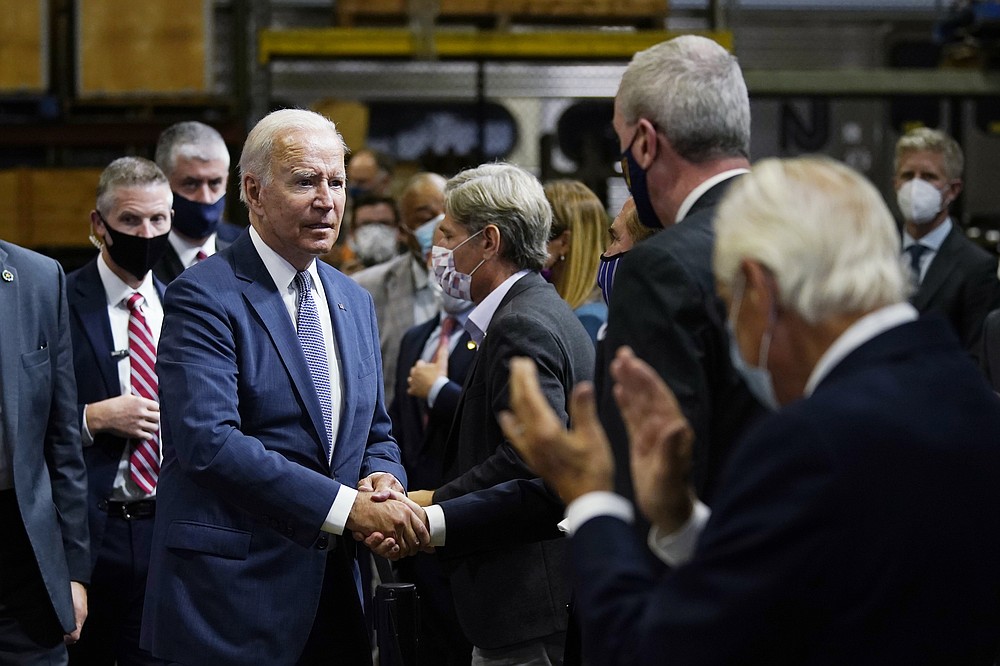 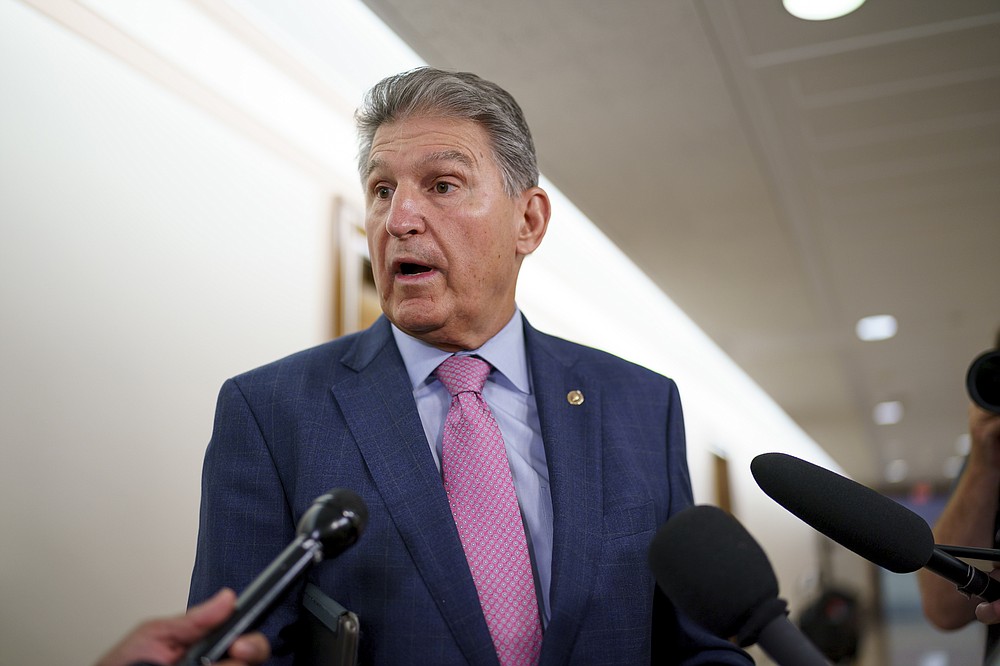 In this Oct. 5, 2021 photo, Sen. Joe Manchin, D-W.Va., talks to reporters as he arrives to chair the Senate Energy and Natural Resources Committee, at the Capitol in Washington. Divided Democrats struggling to enact President Joe Biden&#x2019;s domestic agenda are confronting one of Congress&#x2019; cruelest conundrums &#x2014; your goals may be popular, but that doesn't ensure they'll become law or that voters will reward you. (AP Photo/J. Scott Applewhite) 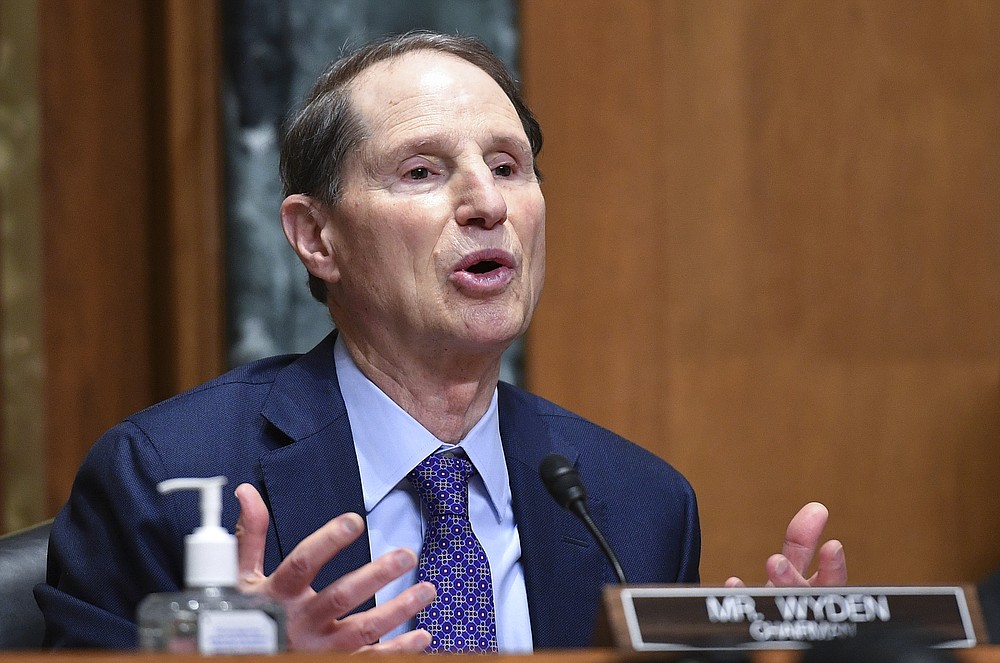 Sen. Ron Wyden, D-Ore., speaks during a Senate Finance Committee hearing on the nomination of Chris Magnus to be the next U.S. Customs and Border Protection commissioner, Tuesday, Oct. 19, 2021 on Capitol Hill in Washington. (Mandel Ngan/Pool via AP) 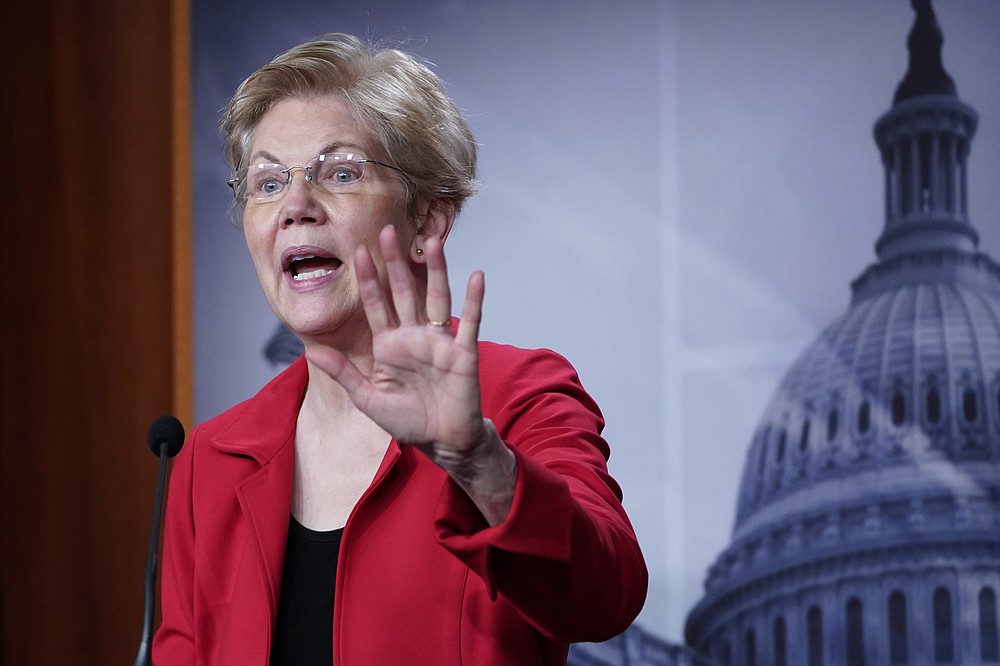 FILE - In this March 1, 2021 file photo, Sen. Elizabeth Warren, D-Mass., speaks during a news conference on Capitol Hill in Washington. The Democrats&#x2019; massive social spending and climate change bill could put the U.S. back on a path to reducing its persistent pool of uninsured people. Estimates range from 4 million to 7 million Americans gaining health coverage as a result of the legislation. (AP Photo/Susan Walsh) 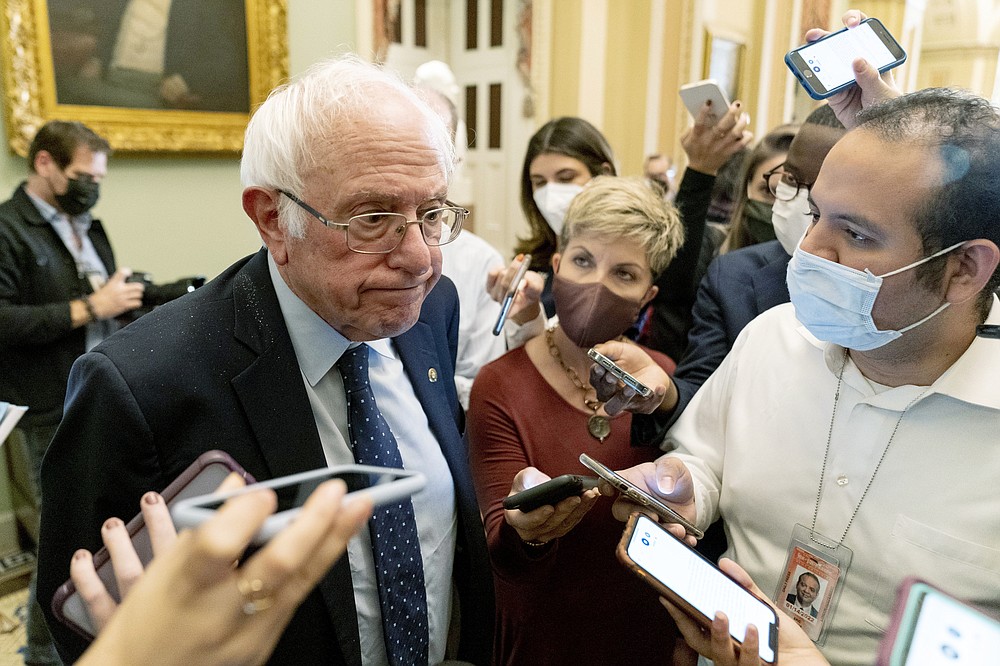 In this Oct. 19, 2021 photo, Sen. Bernie Sanders, I-Vt., pauses while speaking to reporters as he leaves a Democratic strategy meeting at the Capitol in Washington. Divided Democrats struggling to enact President Joe Biden&#x2019;s domestic agenda are confronting one of Congress&#x2019; cruelest conundrums &#x2014; your goals may be popular, but that doesn't ensure they'll become law or that voters will reward you. (AP Photo/Andrew Harnik)

Print Headline: EXPLAINER: What's a 'wealth tax' and how would it work?