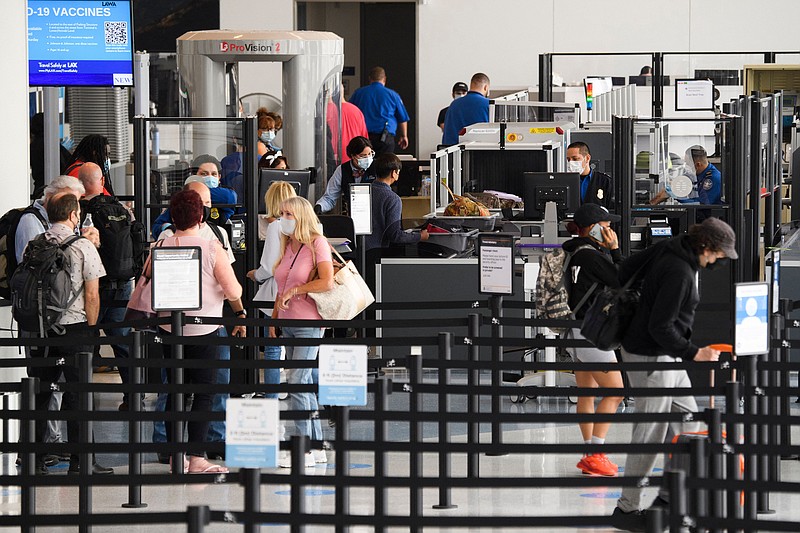 The Transportation Security Administration announced that it found more firearms in carry-on bags at airport security checkpoints through the first nine months of 2021 than it had in any full year over the past two decades.

The detection rate was more than two times the rate in 2019, and even higher than the rate in 2020, when air travel was significantly depressed due to COVID-19.

On the surface, it is not clear whether we should feel more or less safe when flying. A closer look at the data being shared and data not being reported provides clues.

Highly populated states with the most lenient gun laws that have large international hub airports include Arizona, Texas and Georgia. Airports in these states, Atlanta Hartsfield, Dallas Fort Worth, Houston Bush Intercontinental and Phoenix Sky Harbor, make up the airports with the most firearms detected. Neither of the Chicago airports, O'Hare and Midway, cracked the top 10.

But simply having lenient firearm laws does not directly translate into more people carrying firearms with them to the airports in their carry-on bags.

TSA policy prohibits numerous items from carry-on bags. These include knives and other sharp objects, which TSA officers likely find even more frequently than firearms. Would reporting these numbers be informative to assess traveler safety? Of more concern, have TSA officers found any explosive devices in carry-on bags? Such items would represent an even greater risk to air travelers than firearms or knives. Data on such detections would be just as informative.

The breakdown of the background of the people found trying to carry firearms through airport security checkpoints would also be revealing. What percentage of them were PreCheck-qualified? It is likely that most firearm-toting passengers were not in this group. How about a deeper dive of the data, such as the distribution based on gender; type of ticket, such as one-way or round-trip, class of service; frequent flyer membership and status; and the form of payment involved, either cash, check, credit or business account?

What remains unclear is whether the higher firearm detection rate makes travelers safer.

TSA red teams in the past have demonstrated that firearms and other threat items can pass through airport security checkpoints undetected. Therefore, TSA officers are certain to be still missing some firearms. The good news is that any such undetected firearms have not resulted in bad outcomes on flights.

No firearms in carry-on bags is an appropriate TSA policy. However, detecting more firearms does not necessarily mean that travelers are either safer or at more risk. A person with nefarious intent to inflict harm during a flight is likely sufficiently devious to not try to bring an obvious weapon through airport security screening checkpoints.

What is riskiest to air travelers are not the known risks, but the unknown risks. That is why 9/11 was such an egregious terrorist event. The element of surprise enabled a group of people to use permitted items -- box cutters -- to cause unthinkable damage and harm.

So are flyers safer due to the higher TSA officer detection rate? In reality, it is what the TSA officers are unaware of that is the bigger concern.

That is why risk-based strategies such as PreCheck provide the most effective defense and protection for travelers; they focus on identifying low-risk passengers before they arrive at airports so TSA officers can focus their attention on the passengers of unknown risk.

Sheldon H. Jacobson is professor of computer science at the University of Illinois.