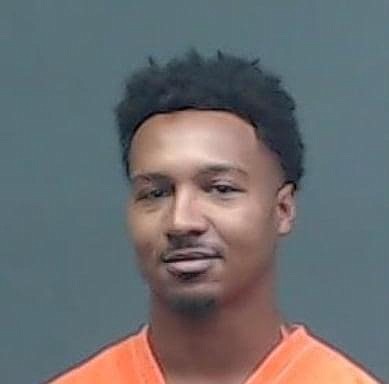 TEXARKANA - Prosecutors in Texas and Arkansas are taking steps to keep a man accused of strangling his girlfriend to death last month in Texarkana behind bars.

Travis Alston Turner, 27, is facing a murder charge in Bowie County in the Aug. 12 death of 29-year-old Jennifer Garrett. Turner allegedly killed Garrett in a residence in the 6200 block of Summerhill Place in Texarkana, Texas, according to a probable cause affidavit.

At the time of his arrest for murder Aug. 12, Turner was free on bond in Texas and Arkansas for assaultive offenses.

Turner is facing charges of battery and terroristic acts in Miller County, Arkansas. Turner allegedly shot at a house, injuring one, Feb. 26, in Texarkana, Arkansas, according to court records. Court records show Turner refused to sign a document acknowledging his first appearance on the Miller County charges when he appeared before a judge March 1.

Turner was released from the Miller County jail March 4 after posting a $50,000 bond.

Turner's case is scheduled for a status hearing next week in Miller County before Circuit Judge Wren Autrey.

An information filed in that case alleges Turner caused injury to the family member by "striking her and physically picking her up and throwing her, causing her to fall and injure herself."

Turner was released from the Bowie County jail after posting a $5,000 bond on July 27, a little more than two weeks before he allegedly strangled Garrett to death.

That means that even if Turner manages to post the $3 million bond set for him in the felony murder case he will not be released because he is being held without bond in the misdemeanor assault case in Texas and could face a hold on his release in Arkansas on the pending felony charges in Miller County.

If found guilty of murder in Garrett's death, Turner faces five to 99 years or life in a Texas prison. He is currently being held in the Bowie County jail.