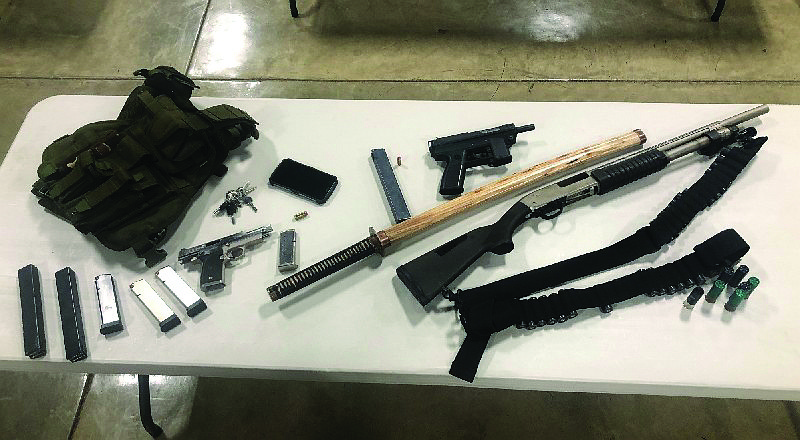 NEW BOSTON, Texas - A recording of a video live-streamed on social media last year by a suspected loyalist of the anti-government Boogaloo movement was played Wednesday for a Bowie County jury tasked with deciding if the man is guilty of the attempted murder of a peace officer. 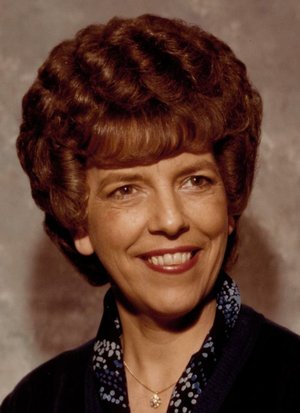 Aaron Caleb Swenson, 38, pleaded guilty Wednesday morning to felony evading arrest and terroristic threatening but continues to deny he is guilty of attempted capital murder of a police officer or that his threats to officers constitute a violation of the Texas Hate Crimes Act.

Assistant Public Defender Deborah Moore told the jury Swenson was intoxicated via hallucinogenic mushrooms and alcohol and attempting to commit "suicide by cop" the night he dressed in a Hawaiian shirt, armed himself with three firearms and a "katana" he made himself and began streaming on Facebook Live as he traveled along Interstate 30 looking for a member of law enforcement April 11, 2020.

First Assistant District Attorney Kelley Crisp told the jury Swenson's plan wasn't about suicide but about killing police. Swenson was "triggered" by the police shooting in March 2020 in Maryland of Duncan Lemp, an alleged member of a far-right militia movement who has become a martyr for Boogaloo loyalists, Crisp said in opening statements.

Department of Homeland Security Special Agent Gregory Harry testified that he was a Tyler, Texas, police officer assigned to a joint FBI domestic terrorism office when Swenson came to his attention in March 2020. Harry said Swenson's social media activity included alarming posts referring to killing police and photos of himself forging and making a sword also known as a "katana."

Harry said "red flags were going off big time in my head" as he reviewed one of Swenson's Facebook pages. An FBI bulletin warning local law enforcement in the Texarkana and surrounding areas about Swenson was sent in March.

Harry said Boogaloo loyalists often don Hawaiian shirts as a way of symbolizing their membership. Swenson allegedly created a post in March after the Maryland police shooting that said, "Have you hand forged your own katana yet to cut the tyrants' heads off?"

Harry said that the day before Swenson took to the highway in his truck he posted a photo of police officers carrying a flag-draped coffin with a caption stating, "This is how police officers take out the trash."

The Facebook Live video which began at 10:13 p.m. April 11, 2020, was played for the jury as Harry testified. In the video, Swenson can be heard saying he is "looking for flashing lights" and mentions the name of the man killed the month prior in Maryland.

"They're the tyrants, I'm the tyrant hunter," Swenson said in the recording.

During a large portion of the video Swenson keeps his phone camera down so all that is seen is darkness though he raises it occasionally giving short views of the interior and control panel of the vehicle he is driving and the road he is traveling. Harry told the jury Swenson was aware that his live-stream could be seen publicly and did not want to reveal his location.

As Swenson drives east on I-30 toward Arkansas, he spots a police officer on St. Michael's Drive in the eastbound service road.

"Found my prey," Swenson can be heard stating.

Harry said Swenson's plan appeared to be to murder a member of law enforcement as they conducted a traffic stop and then decapitate them. Swenson made statements during the livestream which indicate he was viewing comments being posted as he drove.

Multiple 911 calls were made about the livestream warning police, who by then were also watching the feed. Using the short snippets of video which captured the vehicle's dash, they determined Swenson was driving a truck.

After seeing the officer on St. Michael's Drive, Swenson exits the highway and makes a U-turn onto I-30 west. The officer, Jonathan Price, was no longer there.

As Swenson passes landmarks on the highway, officers from multiple jurisdictions begin to close in. When Swenson sees the first, he states, "Ooh, there's one. There's one," and states he is going to follow the cruiser.

Swenson then realizes there are police cars behind him as well. As he drives with the sound of sirens and heavy metal music blaring, Swenson remarks, "Here we go, here we go," and "Whoooo."

Once in Nash, Texas, Swenson briefly pulls into the parking lot of Sonic but continues to evade officers.

Texarkana Texas Police Department Sgt. Jeremy Sutton testified that he made a decision to "override" department policy during the pursuit. Sutton said typically only two units and a supervisor will engage in a pursuit but he worried that Swenson might be leading them into an ambush.

"The concern is that they're trying to draw you into a larger ambush where they have friends waiting, an IED (improvised explosive device) or larger weapons," Sutton testified.

On the live-stream, Swenson can be heard stating, "I figure a stand-off in my old, my old employment grounds," and a short time later utters, "Whoowhoowhoowhoo."

Crisp asked Sutton if Swenson's tactics appeared to change when he saw how many officers were involved. Sutton said that as they chased Swenson on a road parallel to the highway, other officers entered the highway to get ahead of Swenson. One officer was able to deploy a spike strip which deflated one of Swenson's front tires.

Swenson continued to evade officers after running over the spike strip but eventually came to a stop on U.S. Highway 82 in Hooks. Sutton said a total of 27 officers from police departments in Texarkana, Texas; Hooks, Texas; Nash, Texas; Wake Village, Texas; a Bowie County constable and a Texas Department of Public Safety trooper surrounded Swenson.

Bright lights from the patrol cars made it easy for the officers to see Swenson's truck but likely made it difficult for Swenson to see the officers. It appeared Swenson's alleged plan to catch an officer alone was thwarted.

After approximately 20 to 25 minutes, Swenson surrendered. Texas Department of Public Safety Trooper Quentin Stovall testified that he was in Hooks when the call came in and was able to come in behind Swenson's truck in the highway. Because his unit is equipped with a public address system, Stovall gave commands to the occupant of the truck to get out.

"You could hear the music blaring so we tried the PA system after verbal commands were ignored," Stovall said.

In dash camera footage played for the jury, Swenson can be seen precisely following Stovall's 17 separate commands including to lower his window, unbuckle his seat belt, exit the truck and turn around twice. Swenson obeys as Stovall orders him to take steps to his left side and kneel on the ground.

The jury heard a dash camera recording of a young Texarkana, Texas, police officer who joined in the pursuit. As Officer Austin Ward drives second in the long line of police vehicles, he can be heard calling his then fiance, now wife.

"I love you. I love you," Ward said before calmly stating he fears he may soon be in a "shootout."

Ward testified that after Swenson was taken into custody he inventoried Swenson's truck. Inside he found three fully loaded firearms including two pistols and a 12-gauge shotgun, a sword and a large cache of ammunition.

The jury was placed in an evening recess at about 5 p.m. by 102nd District Judge Jeff Addison with instructions to return to the courthouse Thursday morning.

The jury will be asked to decide if Swenson is guilty of attempted capital murder of a police officer and whether he violated the Texas Hate Crimes Statute by targeting police. Because he pleaded guilty to evading arrest and terroristic threatening, there will be a second phase to the trial to determine what sentence Swenson should receive for those crimes. If the jury convicts Swenson of attempted capital murder, the jury will be asked to sentence Swenson in the range of five to 99 years or life in prison.