JOHN MOORE | Show enough: It's all in the game 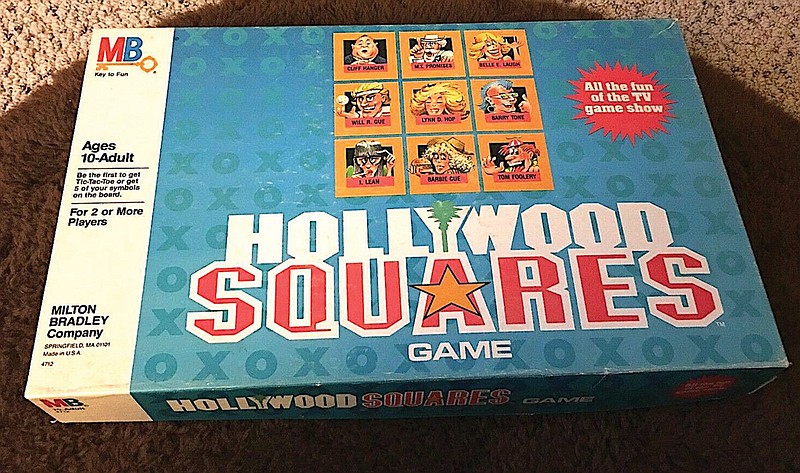 TV game shows of the '60s and '70s were so popular, board games versions were sold.

Me: "Ever notice there aren't any contestants our age on Wheel of Fortune?"

Me: "They fall asleep before the show is over."

A kid today can watch cartoons, nature shows, or educational offerings on demand. But a few decades ago, in the dark ages of just three channels, shows for kids were limited to early weekday and Saturday mornings.

After 8 a.m. on weekdays, we had one option during a long, rainy summer day.

And what a great time to watch game shows the '60s and '70s were. Not only for kids, but also adults. Game shows were something even my grandmother could agree on when "Her stories" weren't playing.

Between your mom and grandmother watching Days of Our Lives, As The World Turns, and General Hospital, there was Match Game, The Price is Right, Family Feud, Jeopardy, The Hollywood Squares, Password, The Dating Game, Let's Make a Deal, The Newlywed Game, and many more.

If you're saying, "Where's Wheel of Fortune?" It didn't debut until 1975 - and with a different host than Pat Sajak. But that's for later.

Many of the games, especially Newlywed Game and Hollywood Squares, were written with an adult edge. But as a kid, anything that didn't include bad acting and smooching was a much better choice. Besides, we were too young to get a double endtendre anyway.

So on rainy days I grew to not only like but love Gene Rayburn, Bob Barker, Monty Hall, Allen Ludden, and the cast of celebrities who appeared on my favorite game shows.

Match Game had Charles Nelson Riley, Brett Somers, and Richard Dawson. Password might have anyone from Irene Ryan (Granny from The Beverly Hillbillies) to Bob Crane from Hogan's Heroes. But it was The Hollywood Squares that seemed to have the most celebrities. The star was Paul Lynde. If there was another game show contestant who could deliver a punch line better than Paul Lynde, I've not seen them.

If you've never seen Hollywood Squares, the premise isn't complicated. Two opposing contestants sat on either side of the host, Peter Marshall (who is still with us at 95). There were nine celebrities who sat in individual squares on a large tic-tac-toe set. Paul Lynde was the center square.

Contestants would choose a celebrity to answer a question. The celebrity could answer correctly or make up an answer. The contestant could agree or disagree with whether their answer was correct. If the contestant was right, they got an X or an O on the tic-tac-toe board. The one who reached three-in-a-row on the board was the winner.

A child's game. But, like Wheel of Fortune, which is basically a game of hangman, Hollywood Squares wasn't interesting to watch because of a tic-tac-toe game. It was interesting because most of the celebrities gave hilarious answers. Paul Lynde was, hands down, the funniest.

Some of his answers from Hollywood Squares:

Paul: "The Bill of Rights."

Host: "Scientists say that a small child will believe the story that a stork brought him, easier than he will how it really happened."

Paul: "What do you mean, 'really happened?'"

I marveled at Paul's ability to think that quickly and be that funny. Many years later, I learned that he had writers on the show. But, Paul still delivered his lines better than anyone else could have, I'm fully convinced.

Between the humor on Hollywood Squares and Match Game, and the things you learned from watching other shows, especially Jeopardy, game shows actually contributed quite a bit to television audiences.

They were certainly far better than the Kardashians and some of the other TV offerings today.

The Price is Right and Let's Make a Deal are still on the networks during the daytime. Other syndicated game shows are still airing.

Wheel of Fortune began its first run with Chuck Woolery as host in the mid-70s. The show had a daytime version and a syndicated version. The daytime game was canceled by NBC, and in the early '80s, Pat Sajak was chosen as the syndicated host. That version of the game is still on today. Pat and Vanna have co-hosted more than 5,000 shows.

At our house, Wheel of Fortune is called, 'The Late Show.' Maybe that's why we never see any older contests on there, or maybe they just like people who can jump up and down and scream a lot.

If so, the younger contestants can fly out to California and be on the show. We'll sit in our La-Z-Boys and play.