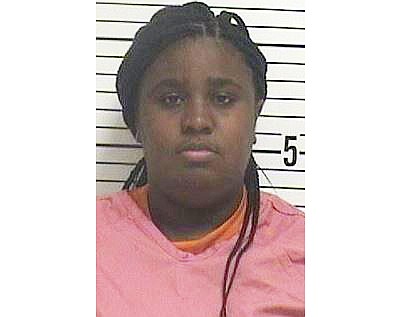 TEXARKANA, Arkansas - A Texarkana woman who allegedly set fire to an apartment last month, killing a dog trapped inside, has been charged in Miller County with arson and aggravated animal cruelty.

Timetra Johnson, 21, is accused of setting a fire Aug. 4 in a unit of the Orleans Apartments at 2400 E. 24th St. in Texarkana, Arkansas, according to a probable cause affidavit. Witnesses allegedly reported seeing Johnson climb from the window of the apartment at the same time smoke was observed coming from within.

Texarkana, Arkansas, Fire Marshal Jim Wall led the investigation resulting in Johnson's arrest. Firefighters were able to extinguish the blaze and contain the fire to the apartment where it began.

The death of a pet dog caused by the fire Johnson allegedly set is at the root of a charge of aggravated animal cruelty. Johnson faces up to six years in prison and a fine up to $10,000, if convicted.

Johnson is scheduled to appear in court next week.