Rape and other convictions of Texarkana man who invaded a former teacher's home, affirmed by a Arkansas appellate court | She had taught her rapist in church school 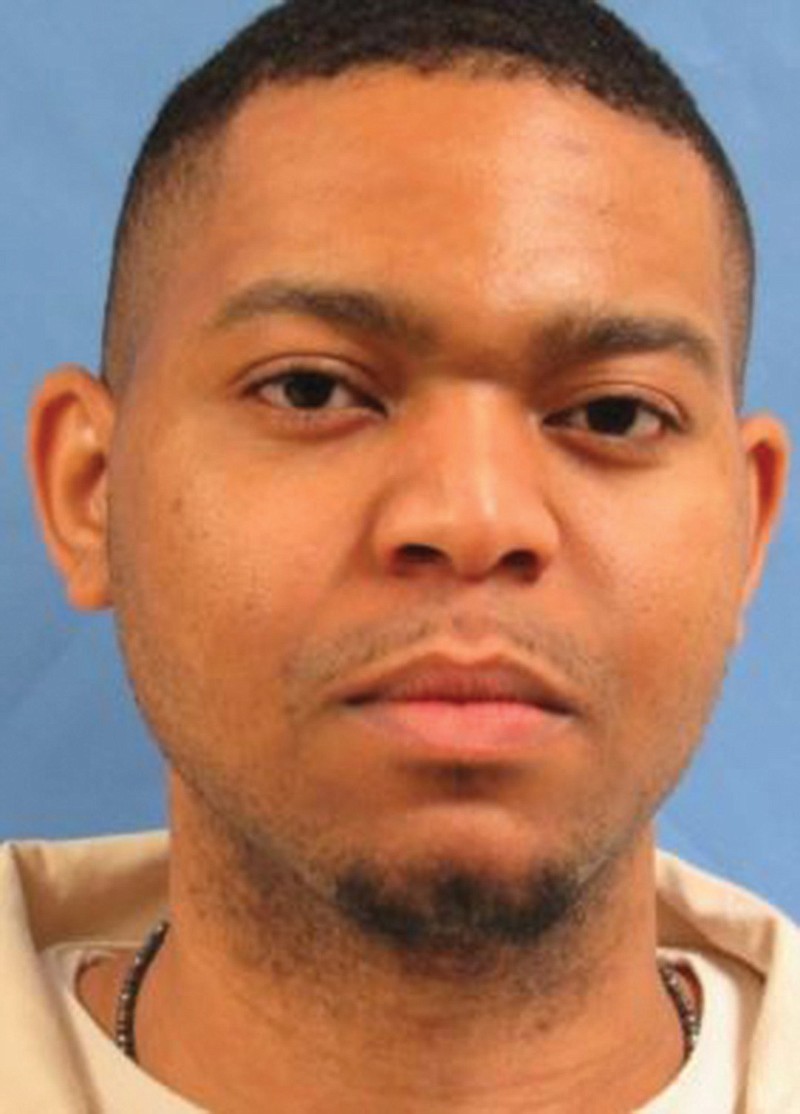 EDITOR'S NOTE: It is Gazette policy to withhold the identities of sexual assault victims. Amy Stanley has asked that her name be published. Stanley has become a staunch advocate for sexual abuse survivors and has helped change Arkansas law for their benefit.

TEXARKANA, Ark. - Convictions of rape, kidnapping and aggravated robbery were affirmed by an Arkansas appellate court Wednesday for a Texarkana man who invaded his former teacher's home in 2015 and is currently serving an 80-year sentence.

Vasquez Dominique Hayes, 27, covered his face, wore sunglasses and carried a weapon the night he waited for his former teacher to open her door and let out her dog. Hayes pushed his way into Amy Stanley's duplex on Dudley Street in Texarkana, Arkansas, shortly after midnight Nov. 22, 2015.

Hayes raped Stanley in her own bed, making crass and vulgar comments as he violated her.

Stanley said she thought she was sure to be murdered when Hayes insisted she ride in her car with him to withdraw money from an ATM to put in his pocket. Hayes threatened to shoot her and her dog and casually mentioned throwing her in a river. Stanley was terrified when Hayes dumped her on Fairview Avenue at about 3 a.m. and drove away in her car, which he damaged on a metal barrier, shattering her windshield and ruining her hood. Stanley's trauma was compounded as she told her story to law enforcement and waited for hours to be seen at a local emergency room for a sexual assault exam she describes as a "second rape."

Stanley was shocked when she learned her attacker was once a child she taught in a church school who had developed an obsession with her. A jury convicted Hayes of rape, kidnapping, aggravated robbery, aggravated burglary and theft at the end of a trial in April 2017.

In the aftermath of the verdict, Hayes' defense team, Lawrence Walker and Crystal Okoro of Little Rock, initially claimed Hayes didn't want to appeal his conviction. But Hayes filed a letter indicating a desire to seek a new trial and Walker and Okoro were ordered to see the case through the appellate process.

Wednesday's ruling from the Arkansas Court of Appeals comes more than four years after Hayes' conviction.

"It has been almost six years since that traumatic November night," Stanley said. "Six years of Hayes and his supporters forcing the past into my present. Hayes and his counsel dragged out the trial with continuance after continuance and motion after motion, even in the face of insurmountable evidence."

The trial judge offered to give the jury an instruction to ignore and give no weight to the prosecutor's use of the word but the defense declined. The Arkansas Court of Appeals ruled that the one-time use of the word by the prosecutor didn't warrant such an extreme remedy as a mistrial and noted the defense's decision to forego an instruction to the jury.

The other issue raised on appeal concerned a witness for the state. The state added a Texarkana Arkansas Police Department detective who testified that he arranged for evidence to be transported to and from the state crime lab. The appellate court found that the addition of the witness less than a week before trial was not prejudicial to the defense in Hayes' case.

Hayes is currently being held at the Varner Unit of the Arkansas Department of Corrections in Grady, Arkansas.

Stanley laments the unusually lengthy appellate process in Hayes' case as less than ideal for a survivor of sexual assault dealing with the post traumatic stress of such an ordeal, but applauds Wednesday's decision.

"Today it finally came to an end," Stanley said. "Today I won. Again."