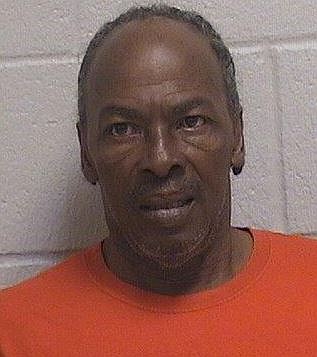 TEXARKANA, Arkansas -- A man who bound, gagged and raped his cellmate at the Miller County jail while being held on rape charges involving a 4-year-old was sentenced Tuesday to 25 years in prison.

Chief Deputy Prosecuting Attorney Connie Mitchell said the plea bargain spares the victims the trauma of testifying at trial and noted that the term may equate to a life sentence for 63-year-old Charles Steven Anderson.

"We are grateful the defendant took responsibility for his actions, sparing a young child from enduring the trauma of reliving the abuse and being forced to come face to face with her abuser. The defendant will be well into his 80s before he is eligible for release," Mitchell said.

Anderson was arrested on two counts of rape in March 2020 for sexual misconduct with a 4-year-old girl. Anderson, a distant relative of the child, molested her in 2019 while staying at her family's home in Texarkana, Arkansas, according to a probable cause affidavit. The girl made an outcry concerning the abuse in March 2020 and Anderson was jailed.

A nurse and correctional officer were performing medication rounds at around 6:30 p.m., April 17, 2021, when they looked into cell 901 and noticed that Anderson's cellmate's feet were tied to his bunk, according to a probable cause affidavit. Once they entered the cell, jail staff observed that the inmate's mouth had been gagged with a piece of a sheet and "ropes" fashioned from bed linen had been used to tie the man to his bunk at his neck, waist and ankles.

The inmate's hands were bound behind his back, his feet were tied together and he was tethered to the bunk face down. The inmate's pants and underwear were pulled down and a gray blanket was draped over his body.

Anderson and the other inmate were "locked in their assigned cell at the time of the incident."

Anderson's cellmate told investigators that he was in bed when Anderson "put his knee into his ribs."

"(The victim) stated that he looked up briefly and saw inmate Anderson's fist coming toward his face," the affidavit states.

The inmate reported losing consciousness after being struck in the face and waking as officers removed pieces of a sheet from his feet, wrist, neck and out out of his mouth. Swelling was observed under the inmate's eye and he was later determined to have suffered rib fractures on his left side.

Anderson was moved to a holding cell and the other inmate was transported to a local hospital. An emergency room doctor reported to investigators that the inmate was sexually assaulted with "an object."

Anderson was sentenced to 25-year terms on three counts of rape and a six-year term for battery. All of the terms will run concurrently.

"He is a dangerous man," Mitchell said. "We are grateful he is off our streets."